Retired teacher Bob Cave was "evicted" from his care home in Stamford, Lincs., where he had been since January 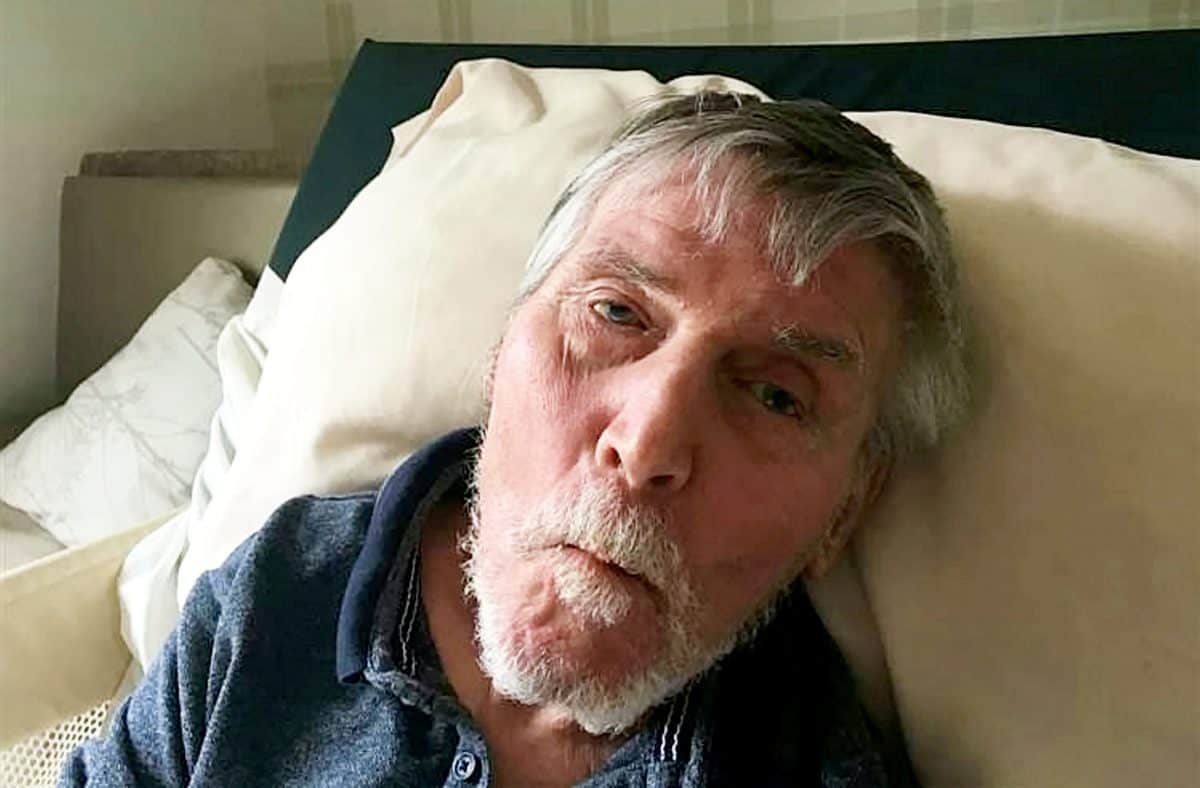 A grieving son has blasted “cold and heartless” health chiefs after his elderly father died just four days after being evicted from a care home in a bid to save cash.

The retired teacher, who was married and had one grown-up son, was being cared for in Priory Court Care Home in Stamford, Lincs.

He moved into the 60-bed facility in January and expected to live out his days in peace at the care home.

But he and his family were dealt a body blow when they were told the home could no longer meet his needs and he would need to move out before Christmas.

He had until December 13 to find an alternative care home which his son Julian, 59, believes was driven by a desire to save cash on hiring agency carers.

Despite being moved into a new care home 11 miles away in Oakham, Lincs., the upheaval proved too much and Bob passed away in his sleep on December 17.

His grieving son Julian, a designer from South London, slammed care home bosses for “booting out” his dad.

He said: “They forced a dying man who couldn’t speak for himself to move from a place where he was happy and settled and where the staff cared about him.

“He was so vulnerable.

“The move certainly made him die sooner than he would have had he stayed there.

“He wasn’t on any medication and not even an aspirin.

“He was like a battery running out of power, gradually.

“He was a frail, helpless old man and they booted him out.”

Bob, who was married to wife Fran, 86, was diagnosed with the PSP in 2017 after doctors initially believed he had been suffering from Multiple Sclerosis for ten years.

His wife Fran cared for him at their home in Ketton, Rutland, until it became too much for her and he moved into Priory Court in January.

Julian said Priory Court staff did a “good job” but bosses decided agency staff were too expensive and decided to downgrade to a residential home.

He added: “It all comes down to money and it’s a disgrace.

“It was cold and heartless to move him in his condition.

“One of the reasons he was in that home was they provided nursing care, but they took it away and evicted six other residents with him.

“It was very distressing for him.

“The home said they couldn’t get the staff but I don’t believe that.

“I think they wanted to get rid of people to run a skeleton staff to make it more profitable.

“It makes more money for them to run a residential home without nursing staff and call in nurses or doctors if they need them.”

Julian, who has no children and lives with partner anna Lewis, added: “I did say the move would kill him if we moved him. They told my dad in his dying weeks.

“They should have said we are happy to look after him until he had found somewhere. I just think it’s disgraceful.”

Miss Lewis, a former nurse, said: “I think it is really, really distressing they moved Bob in his condition when he couldn’t speak properly, drink or eat by himself.

“What’s also distressing is that when Bob moved in they said they could provide nursing care, but then said they couldn’t because if he fell it would take two nurses to pick him up.

The family were told in October that Bob was one of seven residents being evicted – giving them less than two months to find an alternative home.

Avery Care, which operates Priory Court, said it could no longer offer nursing care and seven residents would have to move.

Commercial director Mark Danis blamed national and local skill shortages for the home operator having to withdraw such provision and focus on residential and dementia care.

An Avery spokesman said: “Our thoughts are with Mr Cave’s family at this time.

“Prior to his discharge, Mr Cave was assessed by a multi-disciplinary team of professionals, and in the presence of a relative.

“Avery Healthcare once again regrets the reluctant step to have de-registered Priory
Court from nursing care, but this is a sector-wide issue, and without sufficient nursing staff, a safe, compliant and high quality service, that residents and their families would expect, cannot be provided.

“Avery Healthcare can confirm that all seven residents affected by this change have been successfully moved to other nursing providers with the support of the local authorities, the Clinical Commissioning Group, and the resident’s families.”

The care home received a “requires improvement” rating from the Care Quality Commission in October.

The CQC found several breaches of regulations, which the home said it was “urgently addressing”, with the inspectors also reporting “insufficient staff to meet people’s needs”.