Luckily nobody was injured as the roof was lifted onto cars below. 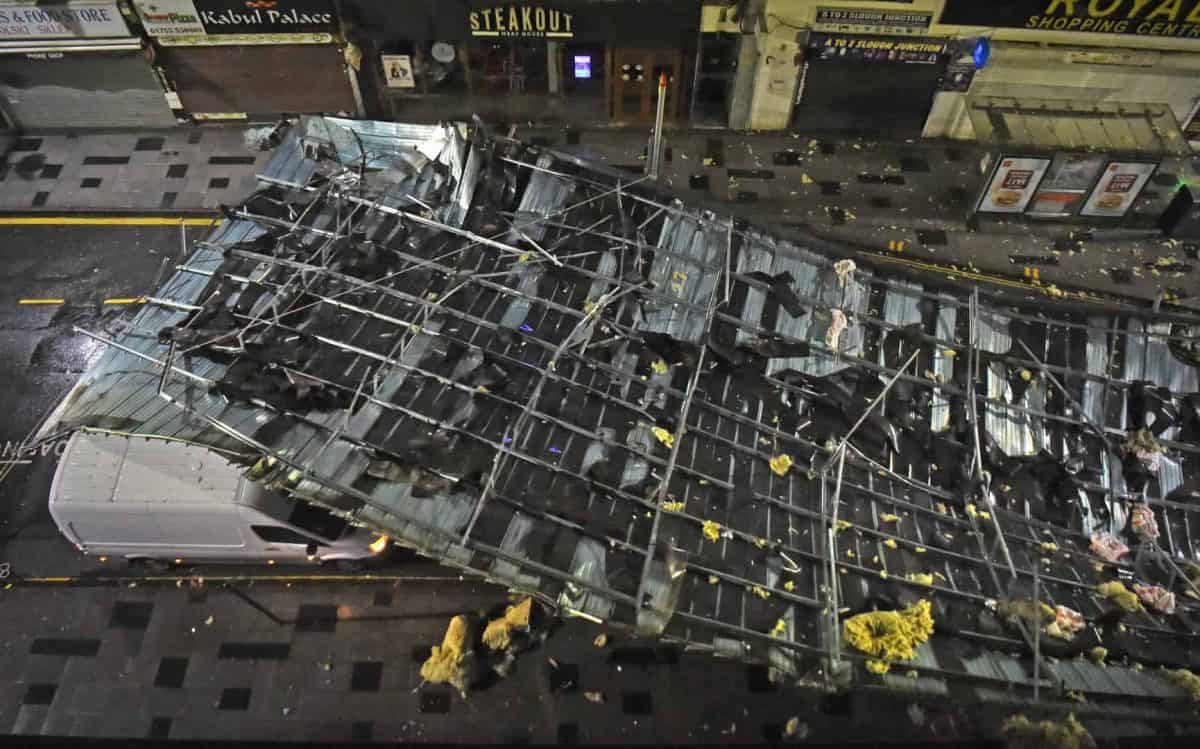 Witnesses have described the moment a large section of an apartment block’s roof came crashing down onto Slough’s high street.

Taxi driver Haris Baig, 30, said he was just metres away from being caught under the structure as he drove along the High Street on Tuesday evening.

He said: “At first I thought it was scaffolding, but then I realised the whole roof had come down.

“There was a massive amount of noise. I was about 15 metres away and slammed on my brakes.

“I got out to see if everyone was alright. That was my first reaction, but at the same time I was thinking is this even safe?”

Mr Baig said he did not see anyone injured, but heard that one person had broken their leg.

“It was a miracle no one was killed.”

A large police cordon remains in place around the scene of the incident, with part of the metal roof still propped up against the apartment building.

A white van, with its hazard lights flashing, can also be seen underneath the metal structure.

Balconies on the top floor of the apartment block have been covered with yellow insulation, with much of it still being blown off the roof by strong winds.

Sebastian Rejnisz, 44, who lives in the affected building, said: “I was moving my car out the back at the time when I heard a boom. I just thought it was the bins.

“I then went in and opened the front door  and saw the roof was on the street.

“Everyone was just running around.”