A discussion about the future of blockchain technology, how our life may change with its wide adoption, and what still stands in the way of it. 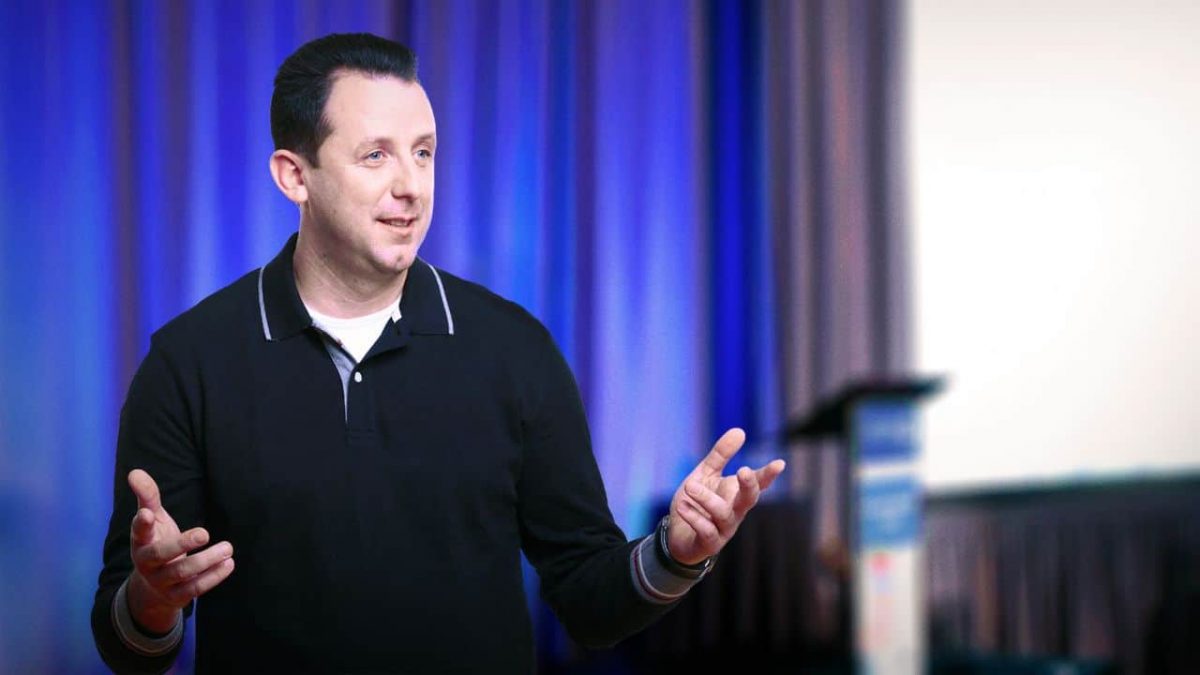 Norbert Goffa and his team at ILCoin Blockchain Project have spent the last year working on refining the blockchain technology for wide adoption and creating a new-generation decentralized data storage system. In 2019 alone, the project has released two technologies which solved two main problems of the industry: security and scalability. In this interview, we are talking about the features and benefits of decentralization and how all modern industries can benefit from implementing it.

Every digital system or service uses some kind of a database. Those can take different forms: from file storage solutions to user profiles in a social network, from civil archives to transaction records of a payment service, or document management system of a company – and many more. Blockchain is a brand new approach to storing and operating all this data in a decentralised manner, safely and efficiently.

As the name implies, the data in blockchain is put in a chain of blocks. The copy of this chain is stored by all members of the system, who check their versions against each other and thus verify the authenticity of the information.

What are the benefits we will get by adopting blockchain?

Thanks to its this structure, blockchain provides us with certain advantages. The first one is the unprecedented level of data security: the blocks in a blockchain cannot be discreetly deleted or modified. Second, the costs are lower, while the transaction speed is higher, – as blockchain can function without intermediaries. Third, we can use encryption to protect the data further. Fourth, a decentralised network is more resistant to outer hacker attacks than local servers, as there is no single vulnerability point.

Blockchain technology carries incredible potential, and today both businesses and governments are recognising it. I would say that the most significant advantage of the decentralisation is the fact that it prevents data abuse or misuse. This approach could fundamentally change both social and economic processes. Eventually, we would arrive at a world where the data – and hence the power – would actually be in the hands of the people; this is the real democracy. The way people would use or handle this power is another interesting question.

Q: Your company is bannering ILCoin and its blockchain advancements C2P and RIFT Protocol — what makes these tech innovations better than the rest of blockchain updates?

ILCoin Development team is representing an entirely different approach than most blockchain developers do. The decentralisation of data storage comes with significant technological challenges that the market was unable to overcome for years.

The problem is, up until recently, decentralised systems could not store and operate large amounts of data. The biggest stable blocks reached only a few megabytes in size, a couple of dozens of megabytes at maximum – which was enough only for storing information about transactions. Is it possible store to data in 1MB or 20MB blocks? The answer is simple: No, it’s not. Creating larger blocks, on the other hand, resulted in slowing down the system and increasing costs.

How do new technologies solve this problem?

So, faced with the scalability issue, most of the projects resorted to storing most of their data off-chain, using external storage – which is no more than a compromise. The problem that the data will appear in central mass storage, which contradicts the idea of decentralisation and increases the overall vulnerability of the system. As our goal is to create safe and efficient decentralised data storage, off-chain was not an option. This is the hard way, but we didn’t want short term popularity – we wanted a working solution.

In the first place, we needed to make it secure. In the case of decentralized data storage, the information is as safe as the network is. So C2P, a certified security consensus, gives us protection from hacker attacks – solving the infamous 51% attacks problem that’s been haunting the industry for years. RIFT protocol, in its turn, resolved the long-standing scalability issue of blockchain networks.

Q: You say RIFT Protocol is the “advanced evolution of blockchain” — why is this?

Everyone has been talking about the scalability problem for years, but we have found a solution. With RIFT, we managed to optimise data transfer by introducing two-layer network structure and a new principle of parallel synchronisation that replaced the usual FIFO (First In, First Out) approach. This allowed us to drastically increase the block size and reach the speed of millions of transactions per second – which is tens of thousand times more than, for example, the capacity of Bitcoin. The record-breaking 5 Gb blocks – are already available in the live net and can be checked out in our Block Explorer tool – for example, block #310280. And even that is not the limit.

RIFT brought about a breakthrough in the utilization of the blockchain technology that, until now, everyone has considered only a theoretical possibility. With RIFT, we have solved the problem of scalability and opened the door for decentralized data storage. While other projects that consider building on-chain storage are still looking for the right approach, we already have a working technology that can make it a reality in the nearest future. This is the real evolution of the technology.

Q: The RIFT Protocol is the first ever to have a 5GB block size, making decentralized data storage more possible than ever. Can you expound how exactly is data storage possible with RIFT.

RIFT is a major step on the way to decentralised data storage,  but it is not enough in itself. I would say that it is the engine of the car. It doesn’t matter how beautiful your car is, if there is no engine in it, you will only be able to put it on display but never race it.

The new protocol gives our system much more power than any other modern blockchain technology could. It offers to possibility to store large amounts of data in a decentralised manner.

The second layer of our system is made of mini-blocks. The mini-blocks have  connections to one another and to their parent blocks of the first layer. This gives our system a higher level of security and a more widespread utilisation. If I want to put it very simply, RIFT handles data the way DNA is present in the human body. This whole thing is a giant system where everything is connected to everything, and everything is kept within the block. This is real data decentralisation.

Q: Could you please summarise why decentralised data storage is better than centralised?

With off-chain, the data is stored in an external repository, but can still be accessed online.

If we talk about off-chain, it does have a few advantages over on-chain – it’s cheaper and easier to maintain. The main downside of off-chain is that the data gets out of the network. I will give an example: let’s say we are signing a contract. The transparency of the business is guaranteed with off-chain, but off-chain based smart contracts cannot provide us with a 100% certainty what happens to this data in future.

In our age of networks, we want our data both accessible and protected. Building such a system is a trick, but with decentralization it becomes possible: on-chain solutions also acquire data security. There are services where off-chain is sufficient, but to talk about truly decentralized data storage, on-chain is the only way to go.

Q: Because a 5GB block size is unheard of, there are still skeptics that an unprecedented tech can securely and dependably handle data. How will you sell the idea of RIFT to them?

First of all, I would recommend all the sceptics to read RIFT’s Blue Paper and check out ILCoin Block Explorer. In the Blue Paper, we are explaining the idea of how it all works, while stable 5Gb blocks and examples of parallel synchronisation, which can be seen in a block explorer, are definite proof that our technology works.

We clearly cannot really do much with the criticisms about on-chain data storage being more expensive. If you think of the very first cd drivers, they did cost a thousand dollars. The same happened to all other new data storage solutions, and on-chain storage will gradually get cheaper as well.

Our intention is not to convince anyone that RIFT – or similar solutions – is the future. We’ll just let time prove our claims. With that said, there is already a pretty substantial interest in RIFT.

Q: Solving blockchain’s security and now scalability, what do you think does the future hold for blockchain? Will it ever be adopted on a global-scale?

According to my personal beliefs, blockchain will completely take over the power in communication in a few decades. If I needed to make an even stronger prediction, I would say that the on-chain will get way ahead of its off-chain counterpart.

This is going to be a very interesting world that now we are only fantasising about. It is safe to say that it will come with countless advantages, but it will also have many drawbacks. Social responsibility will play a significant role. Let’s just imagine a transparent electoral system; let’s imagine a system where every financial transaction can be tracked in a decentralised manner. Let’s imagine a world where data can no longer be misused. Is this world truly in everyone’s interest?

As for me, I am quite optimistic, and I believe that the world will eventually measure up to this technology. Giving an exact time and way would be difficult. There are plenty of lectures and talks on creating a decentralized world. However, this is going to be slightly more complicated in practice.

Q: What role will ILCoin, RIFT, and C2P have in the growing blockchain sphere?

I believe that we have already created a strong name. On the next step, RIFT, C2P, and ILCoin, our cryptocurrency, will become the base of DCB platform that we are launching next year. For us, cryptocurrency is much more than a tool for speculative trading, and in this development we will realise its full potential. DCB – Decentralised Cloud Blockchain – will be the world’s first platform that is capable of storing files, videos, and images in a decentralised way. However, what is even more important is the fact that this system will function as an on-chain based smart contract.

The Blue Paper of the DCB is already available on our website. We will soon provide further information on the opportunities that the system provides in terms of utilisation and operation. During the next year, we will be focusing on finding partners for the utilisation of the ILCoin Blockchain.