After calls for calm, violence again flared up on the streets of west Belfast last night amid rising tensions in the area. 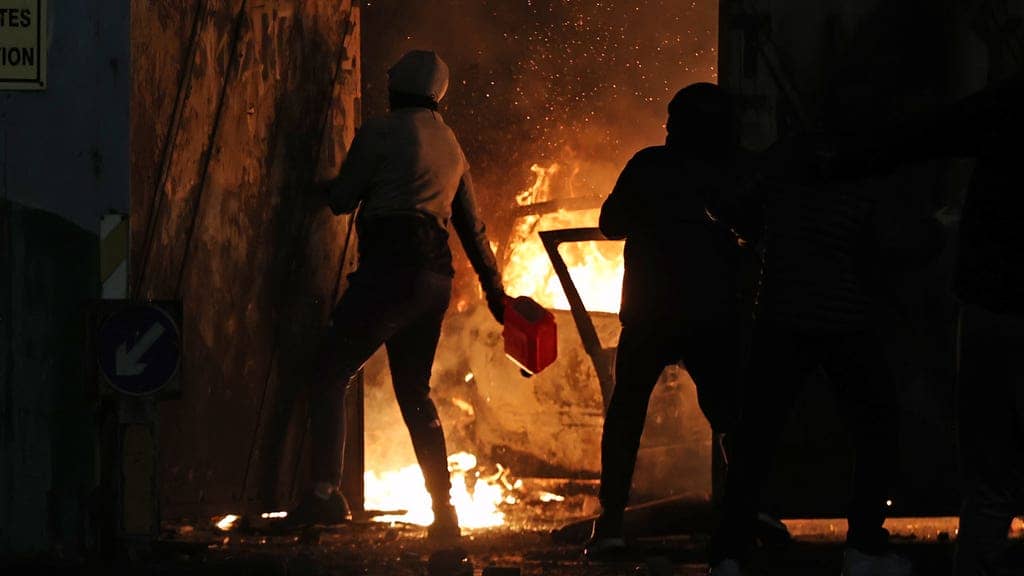 The Metro was forced to re-design its front page at the eleventh hour last night after it was criticised for being willfully ignorant of the troubles in Northern Ireland.

The commuter paper splashed a picture of escalating disturbances in the country following another night of violence, with crowds rioting on both sides of an interface between loyalist and nationalist areas in west Belfast.

It follows rioting on Wednesday night which police said was on a scale not seen in Northern Ireland in years.

But in a nod to lockdown restrictions easing on Monday, the newspaper ran the headline ‘Glorious Twelfth’ underneath, seemingly overlooking its strong association with the Ulster loyalist movement and a date that has been marred with controversies and violence.

This is either terrible ignorance or terrible insensitivity and neither is ok tbh https://t.co/4aIqD8u7Gf

The newspaper re-worked the front cover after it sparked a social media backlash, changing the headline to ‘Get the Beers in’.

But it tops off a shameful week of newspaper coverage of the situation in Northern Ireland, with the peace project “cracking at the seams”.

Aside from the Metro, the only other mention of the country on today’s front pages came from the Daily Telegraph, with reports of Rory McIlroy hitting his dad with a golf ball.

Indeed, people have been quick to point out that newspapers in America have shown more interest in the events in Northern Ireland.

The Washington Post paper steps up on the NI riots.
American TV networks have been regularly reporting the NI riots, so we are told.

America seem more invested in NI, than the Tory Govt and the UK media. ?‍☠️