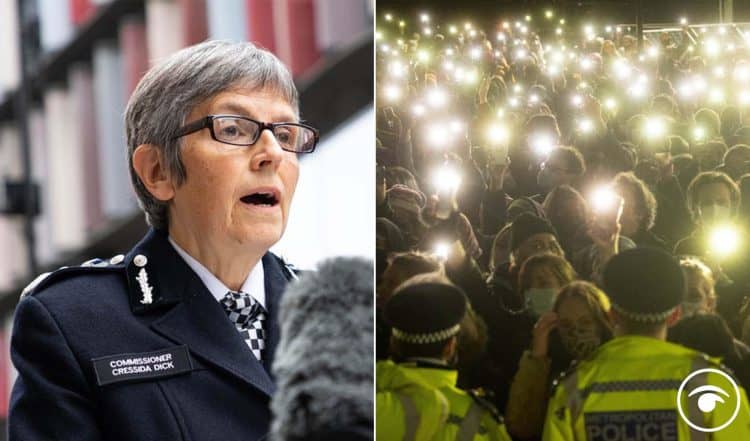 Hundreds of Met Police officers and staff faced sexual misconduct allegations since 2010 and only 83 of them have been sacked, it has been revealed.

According to the i, 771 officers and staff, 88 per cent of whom were serving officers, faced the allegations.

And 163 Met officers were arrested for sexual offences, whilst 38 were convicted after court proceedings.

Of the allegations which were found to be substantiated, 156 cases saw formal action being taken, resulting in 83 dismissals.

In 446 of the cases, allegations were found to be unsubstantiated or a result of “no case to answer”.

A Met spokesperson told the i: “We take any police-perpetrated abuse incidents extremely seriously and they are regularly scrutinised at a senior level.

“Any allegation, disclosure or conviction of sexual harassment or abuse perpetrated by an officer or member of staff is robustly investigated.

“Tackling sexual offences is a priority for the Met, and that includes when our own officers or staff are accused of offences. The Met will not hesitate to bring forward prosecutions and disciplinary procedures where there is evidence to do so.”

The comments come after Sarah Everard’s murder by a serving Met Police officer has sparked mass protests about women’s safety and the police.

Wayne Couzens, 48, was handed a whole life order this week for the killing of the 33-year-old marketing executive which shocked and outraged the nation.

He paid tribute to the dignity of Everard’s family, whose statements in court revealed the human impact of Couzen’s “warped, selfish and brutal offending which was both sexual and homicidal”.

Meanwhile, a Tory police boss is urged to resign for saying women should be “streetwise” after the Sarah Everard case.

He added: “She should never have been arrested and submitted to that.

“Perhaps women need to consider in terms of the legal process, to just learn a bit about that legal process.”