It comes as the victims' commissioner pointed out that the vigil highlighted what "many women feared could happen to them." 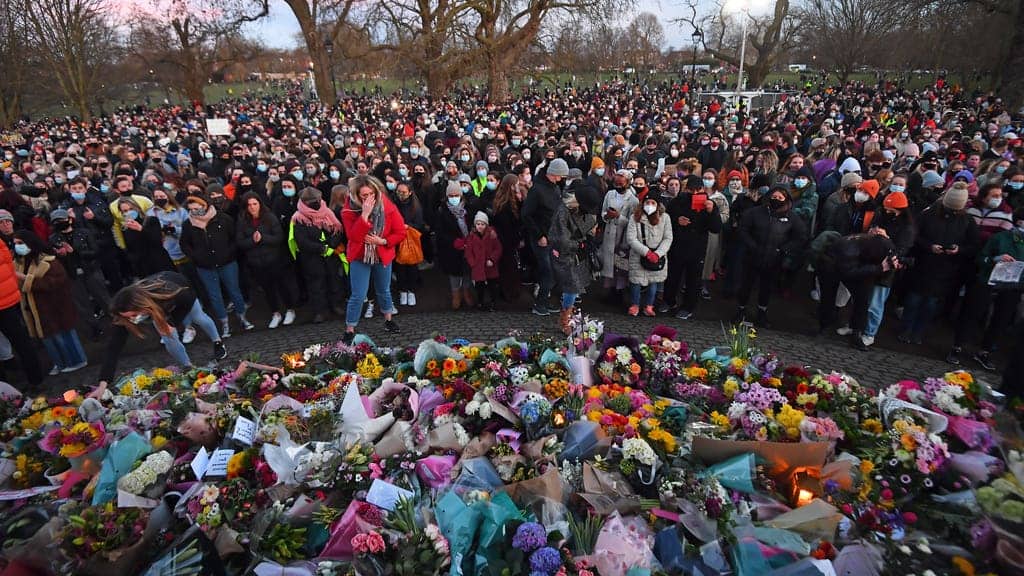 Almost half of men say the vigil to Sarah Everard should not have been allowed to go ahead in London on Saturday.

According to a snap YouGov poll 47 per cent of male respondents said the Met Police got it right in banning the gathering, compared to just 39 per cent of women who said the same.

Those over 65 also supported the belief that the vigil should not have been allowed to happen, with 55 per cent of people in that age group opposing it compared to just 24 per cent of those aged 18-24.

Londoners were also far more likely to support the vigil going ahead compared to those in other regions.

The survey comes on the back of comments by Dame Vera Baird QC who has spoken out today about women’s fear when it comes to male behaviour.

The Victims’ Commissioner for England and Wales said the vigil held over the weekend in memory of 33-year-old Sarah Everard highlighted what many women feared could happen to them.

She said the focus of the scenes that unfolded at the event on Saturday must now return to women’s experiences, rather than the Metropolitan Police’s handling of the situation.

Dame Vera told BBC Breakfast: “Let’s return to the issue, which is why is it that this number of women, when this awful event has occurred, have started to talk about their appalling experiences.

“They regard, quite clearly, the streets as lawless for women when it comes to male behaviour. Men it seems, they tell us, they can do what they want and say what they want, and nobody will take action.

“As we know, it doesn’t seem to many people worth it to make a complaint to the police because if someone complains of rape, 98 per cent of the 55,000 people who have complained of rape do not even get a charge.”

Crown Prosecution Service and Home Office figures show there were 55,130 complaints of rape reported to police in the 12 months to March last year, but only 2,102 prosecutions and 1,439 convictions in England and Wales in 2019-20.