I'm Boris Johnson... get me out of here! 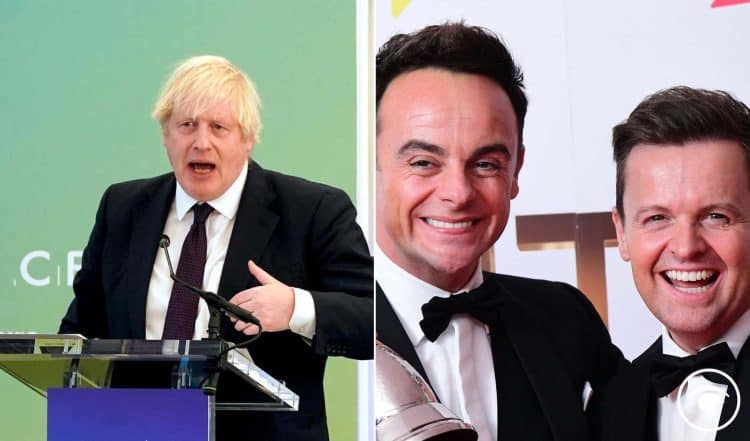 Comedy duo Ant and Dec mocked Boris Johnson’s speech to the Confederation of British Industry on Monday, during which he lost his place in his notes and asked the audience to “forgive” him.

Appearing live from Gwrych Castle in North Wales, McPartlin asked his co-host where they had bought a cake that featured in a recent challenge.

Donnelly flipped through sheets of paper for more than 10 seconds saying “Forgive me!” repeatedly until finding the correct page and exclaiming: “We got it in Poundland in Rhyl.”

It came after Mr Johnson delivered a keynote address to business leaders in an attempt to set out how pursuing green policies could help in the “moral mission” to “level up” the UK.

However, he lost his place in his notes, talked about a day trip to a Peppa Pig theme park and imitated a car.

Mr Johnson’s father, Stanley, appeared on the 17th series of I’m A Celebrity Get Me Out Of Here in 2017.

He was the fifth person to be eliminated from the show, finishing in seventh place.