The British press has kept up the tradition of completely omitting their partisan veil this year with election day splashes that read more like propaganda than news coverage. In tradition with the past The Sun attacked Labour leader Jeremy Corbyn with the front page headline “Don’t Chuck Britain in the Cor-Bin”. it echoed their archaic […] 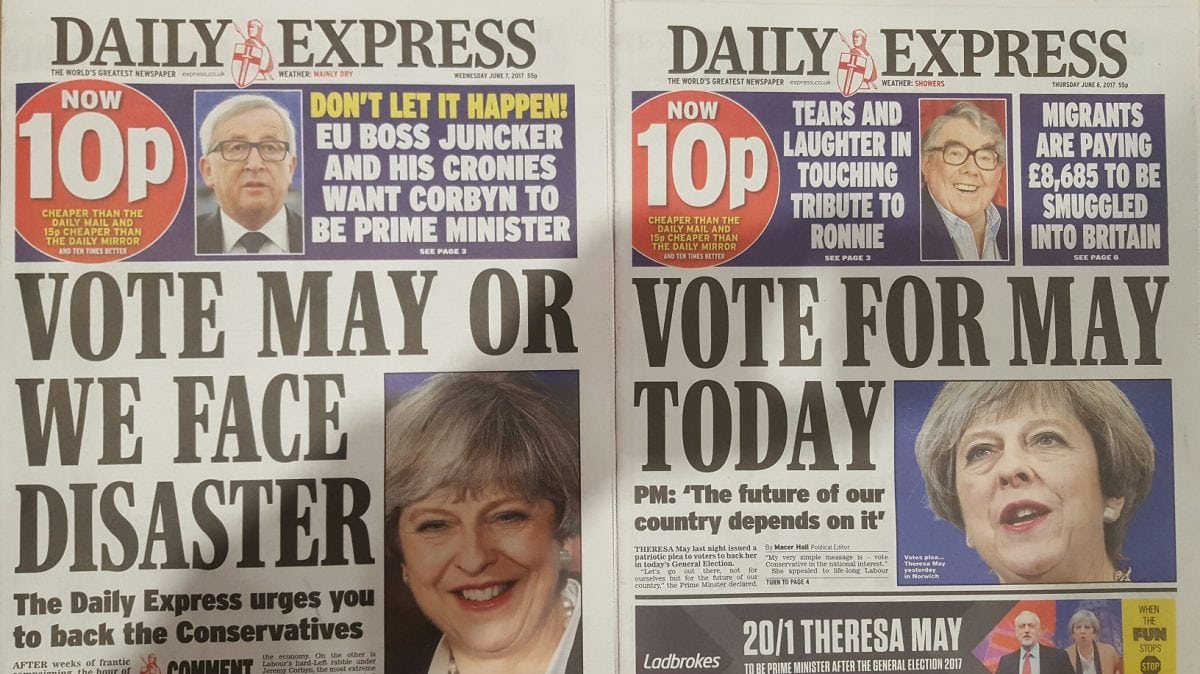 The British press has kept up the tradition of completely omitting their partisan veil this year with election day splashes that read more like propaganda than news coverage.

In tradition with the past The Sun attacked Labour leader Jeremy Corbyn with the front page headline “Don’t Chuck Britain in the Cor-Bin”. it echoed their archaic coverage of the 1992 election when they featured the face of then-Labour Party leader Neil Kinnock in the shape of a light bulb with the strapline “If Kinnock wins today, will the last person to leave Britain please turn out the lights”.

The Mail ran a header giving readers a “tactical voting guide to boost the Tories and Brexit”, with a prominent photo from the campaign trail chucked in to boot.

So much for a blackout period, but the best was still to come.

Next level trolling from Blackpool Gazette here.
“Half front page ad? No problem.”
“What will we run next to it? Oh just some local news…” pic.twitter.com/ErbFajhQDp

In a move that echoed press promotion of the Nazi party in the 1930s The Express ran a front page today, on election day, that simply read “Vote For May Today”.

How can they possibly be allowed to get away with that?

It follows a similar front page headline on Wednesday reading “Vote May Or We Face Disaster”. Two days, two explicit messages to vote Conservative from one neo-Nazi newspaper.

This week The London Economic was dubbed an “alternative news” publication because we have eschewed the Tory bias that has dominated the mainstream media and even engulfed our very own BBC.

On Monday night thousands of people were turned away from a Corbyn rally because they simply couldn’t get in. More people have turned out to watch the Labour leader this week then they did for Blair, Churchill or indeed any candidate in the last century, yet we are one of only a handful of publications to cover it.

Instead they chose to explicitly tell us who their fat cat backers want to win.

On a day when most press organisations are supposed to respect a blackout period, it seems the only person they were content on blacking out was the Labour leader himself.

Liz Truss pictured with Spice Girl and the internet responded