"The extraordinary thing about this is an MP - an actual member of parliament - has spotted the name "James O'Brien" somewhere and instantly linked it to that James O'Brien, with *no* attempted corroboration whatsoever. "I mean, FFS", wrote one exasperated Twitter user. 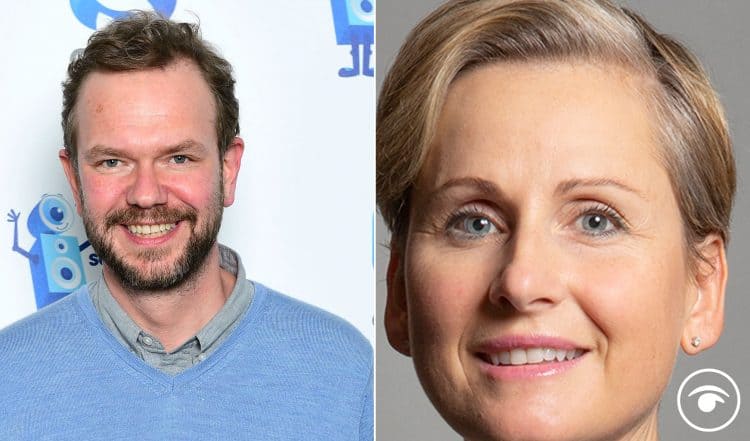 Just another day in the bear pit that is social media.

We are used to it, sadly, but this debacle yesterday was next-level stupidity.

It began with Angela Joy Richardson, Tory MP for Guildford since 2019, writing a tweet responding to a comment she saw on a fundraising page from someone who at least goes by the on-line alias James O’Brien.

He had commented: “Brilliant Dom, jumping out the plane is a wonderful homage to all the Afghans you failed to help get on the plane. Always loved your ironic sense of humour. Go Dom!

Putting two and two together and making 233747 she tweeted: “James O’Brien is an arse! But many of you knew that already. Fancy going onto someone’s fundraising page intended to help make last weeks and month’s of a dying child’s life easier, making a sarky comment and not donating. The lengths so will go to is astonishing! Arse!”

As you can imagine the LBC broadcast James O’Brien was very concerned that she was indicating it was him who left this message. He wrote: “I and many others think you may be referring to, and therefore clearly libelling, me here. Unchallenged replies to your tweet add to that impression. Please confirm that you are talking about a different James O’Brien or delete and apologise immediately. Thank you.”

She then replied: “I have not tagged you. But I am happy to delete my tweet if your assumption that I meant you caused offence and I apologise as requested.”

She then made a full apology writing: “Earlier this afternoon I posted a tweet attributing behaviors to James O’Brien that I now accept was not him. I would like to unreservedly apologise to him for the implications of that tweet and promise not to make those remarks again.”

James, lawyer here – unless she can find another “James O’Brien” who “many of us knew already is an arse” she has libelled you

The extraordinary thing about this is an MP – an actual member of parliament – has spotted the name “James O’Brien” somewhere and instantly linked it to that James O’Brien, with *no* attempted corroboration whatsoever.

Which James O’Brien would many people know about already? The famous one, or the ones no one has ever heard of? Well done for deleting, but you haven’t done James a favour by doing that. (I’m referring to the famous James to be clear). You’ve done yourself one.

The most extraordinary thing about the James O’Brien ‘arse’ debacle is that apparently people nominated to represent entire constituencies don’t have the presence of mind to understand not everyone on the internet is who they say they are. Scary.

Fancy taking on James O’Brien. On Twitter. With libel. How to ruin your Friday evening eh, Angela?

I’m just imagining a moment where Angela saw someone called James O’Brien and thought “aha, I’ve got you @mrjamesob, no escape this time”. Seeing a career in the cabinet opening up as her pithy put down was posted and sitting back waiting for the praise to come rolling in. https://t.co/ERR4AqXYCD

To which James O’Brien that “many already knew is an arse” were you referring if not @mrjamesob ?

I mean. You must have had someone in mind.

Are you seriously pretending that you would have responded in the ugly, disrespectful way you did if you thought the James O’Brien you went after was an ordinary member of the public? SERIOUSLY?!!!

Yeah, and I’m the Queen of Sheba.

Related: Reactions as Right Said Fred frontman hospitalised with Covid but still refuses to get vaccine