An “opinion is no more valid because it is expressed more loudly, repeatedly or abusively”, says the former Commons speaker. 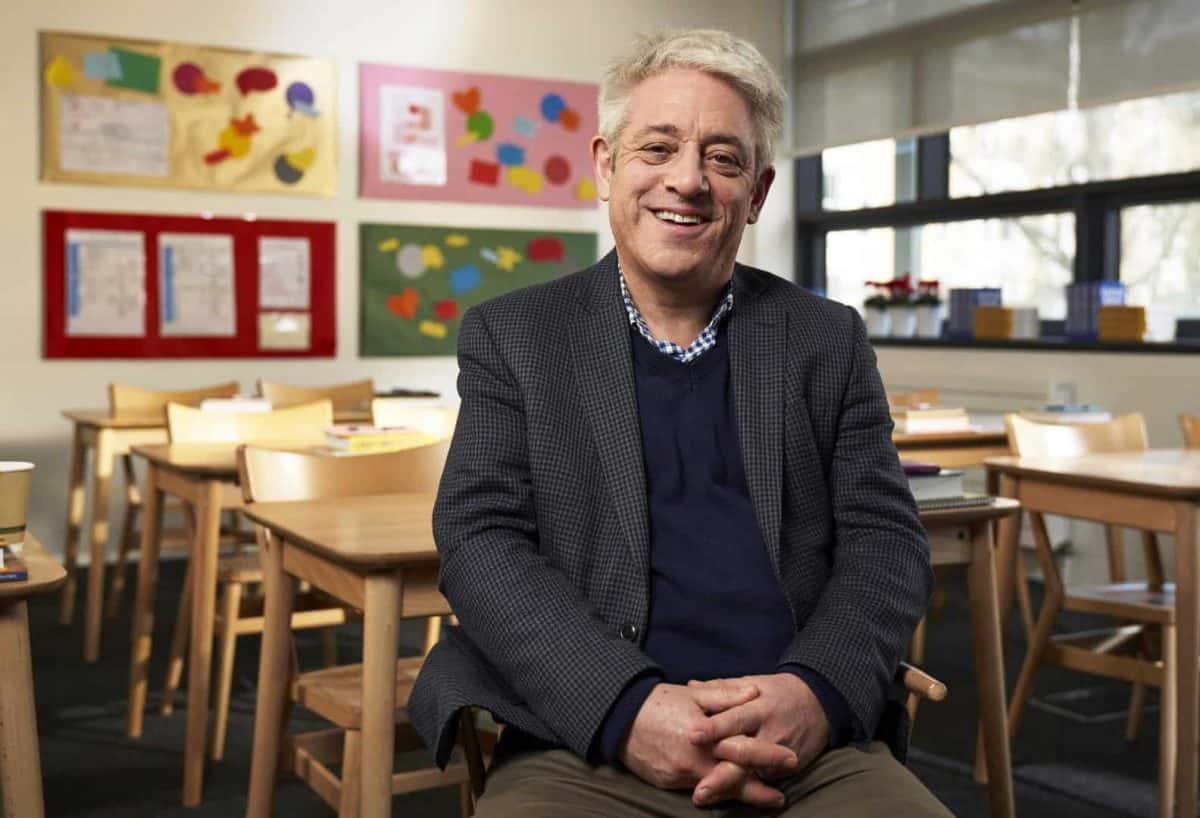 Order! Order! – John Bercow will say that “democracy has come in for a pounding” and call for “personal courtesy” as he delivers the Alternative Christmas Message.

The former Commons Speaker, who stepped down in October after 10 years in the role, follows in the footsteps of Danny Dyer, Sharon Osbourne, whistleblower Edward Snowden and the husband of murdered MP Jo Cox in the TV slot.

A fixture on Channel 4 since 1993, it is seen as a rival to the Queen’s own festive broadcast.

Mr Bercow, 56, who faced accusations of anti-Brexit bias during his time in the Speaker’s chair, says that “of late, democracy has come in for a pounding”.

Speaking from a classroom at his children’s state secondary school, he says: “I passionately support parliamentary democracy. For all the criticism and abuse lobbed at MPs, I’m still a cheerleader for them.”

He calls for the nation to “take inspiration from young people” and “try to re-establish a civility of discourse”.

“It would be good for Parliament, for democracy and for our own mental health…” he says.

“This Christmas, I urge that political difference, personal courtesy should become our guiding lights in 2020, in the Commons, in our workplaces and in our homes.”

The Alternative Christmas Message will be broadcast on Christmas Day at 2.25pm, just before the Queen’s Christmas Broadcast begins at 3pm on BBC One.

Mr Bercow took the Speaker’s chair in June 2009, promising to serve “no more than nine years in total”.

He abandoned that commitment ahead of the 2017 snap election, but allegations of bullying by former members of his staff, which he denied, led to fresh calls for him to quit.

Mr Bercow, who frequently had to raise his voice in his former role, says “democracy shouldn’t be about decibel levels”.

An “opinion is no more valid because it is expressed more loudly, repeatedly or abusively”, he says.

And he adds: “There are people who cannot entertain the idea that anyone can honourably hold an opinion which differs from their own.”

Members of the UK Youth Parliament “respected one another and behaved better than many political campaigners two, three and four times their age”, he says.

Mr Bercow, who has been replaced as Speaker by Sir Lindsay Hoyle, also raises concerns that social media can “amplify hatred, racism, misogyny and abuse”.

The Alternative Christmas Message will air on December 25 at 2.25pm on Channel 4.