LBC’s James O’Brien has accused the government of creating a hostile environment for people who rely on welfare, just as they have done for immigrants. A welfare study today slammed the Tories’ welfare sanctions as disproportionately causing poverty and suffering, while failing to prove efficient at getting people into work. The study of welfare conditionality […]

by Ben Gelblum
in Media, Politics 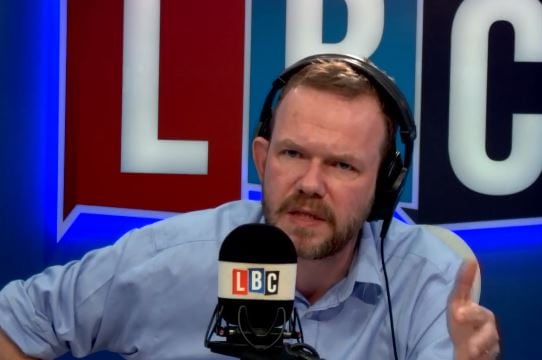 LBC’s James O’Brien has accused the government of creating a hostile environment for people who rely on welfare, just as they have done for immigrants.

A welfare study today slammed the Tories’ welfare sanctions as disproportionately causing poverty and suffering, while failing to prove efficient at getting people into work.

The study of welfare conditionality discovered that not only did the threat of sanctions, or the actual introduction of benefit cuts not help people get into work.

It was more likely to impoverish people, hit their health, motivation, and even drive them to crime just to survive and avoid homelessness.

The Department of Works and Pensions’ sanctions “disproportionately” hurt people on the breadline, job seekers and disabled people leaving them in unnecessary anxiety and having to resort to charities such as foodbanks.

The Economic and Social Research Council-funded welfare conditionality study carried out by six universities for the past five years concluded:

Live on LBC today radio host James O’Brien wondered why the government had put millions of people under the stress and anxiety that the report uncovered.

Asking why on earth the Tories would impoverish the most vulnerable people in society for missing an appointment or being late to one, O’Brien compared the DWP’s policy to the Theresa May’s ‘hostile environment’ for immigrants – which has caused her recent embarrassment as she has had to apologise to all the people wrongly deported under her watch.

” A claimant supposedly breaches Job Centre rules, typically by failing to turn up for appointments or by not applying for enough jobs. As a result of that, they are effectively fined by having their benefit payments stopped for a minimum of four weeks and a maximum of three years,” said O’Brien.

“Now as I read you these words, I find myself wondering whether it really was the case that some of society’s poorest people would be punished for missing an appointment by having the pittance that they currently survive on withdrawn.

“And then I remember the climate that these policies were introduced in.”