The advert, which will be unveiled in Westminster on Tuesday, shows a lookalike Theresa May throwing a pair of leopard print shoes into the air. 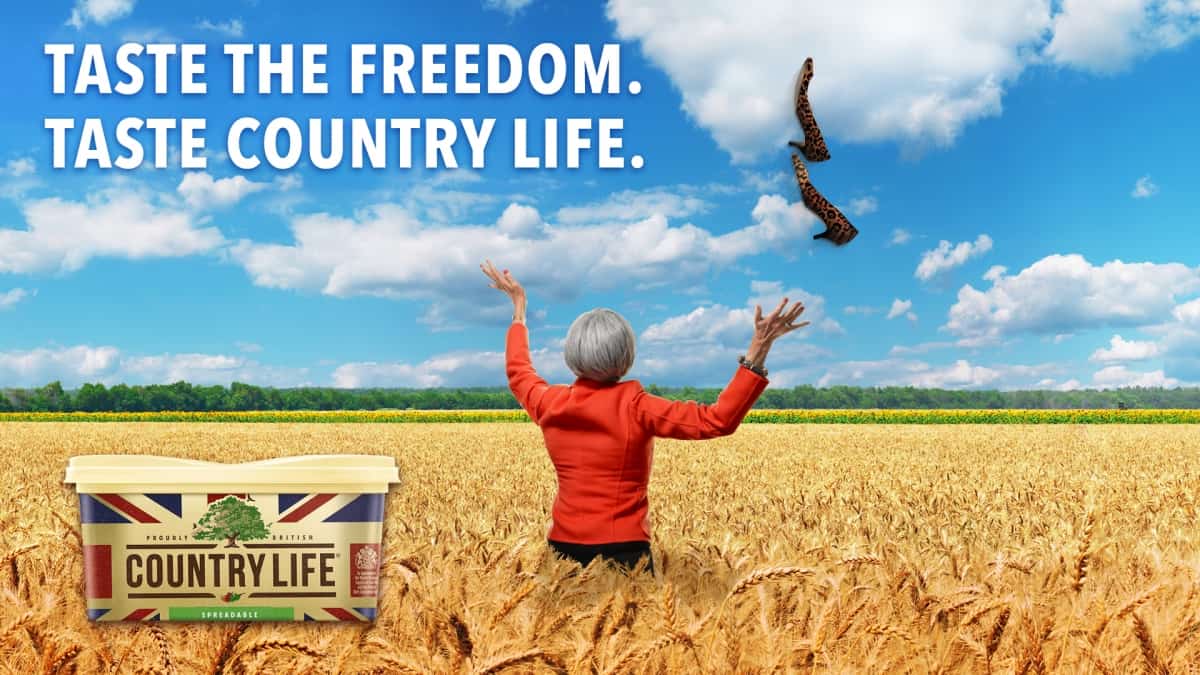 Butter brand Country Life has bid farewell to outgoing Prime Minister Theresa May with an advert showing her celebrating in a field of wheat.

The advert, which will be unveiled in Westminster, shows a lookalike Theresa May throwing a pair of leopard print shoes into the air and running through a field of wheat in the British countryside.

Produced by the brand’s creative media agency UM Studios, the advert will be revealed via a digital mobile advertising board in Westminster before being displayed in Whitehall and across central London.

The advert pokes fun at Mrs May’s confession that the naughtiest thing she had ever done as a child was running through fields of wheat.

In an interview with ITV in 2017, she said: “I have to confess, when me and my friend, sort of, used to run through the fields of wheat, the farmers weren’t too pleased about that.”

Marketing director at Country Life Lee Willett said: “We are hoping to capture the attention of those considering trying something new, while encouraging the nation to embrace their second adolescence.”

Creative director at UM Studios Marcia Siebers said:  “We wanted to position the countryside as a playground where those over the age of 55 can let their hair down.

“As we know, anyone can be a bit naughty, even Theresa May, and we want to appeal to a generation that enjoys their newfound freedom and isn’t yet ready to grow older gracefully.”

Trump boasts he could “wipe Afghanistan off the face of the Earth”, but he doesn’t want to “kill 10 million people” click here