by Tony Whitfield
in Must Reads, News, Science 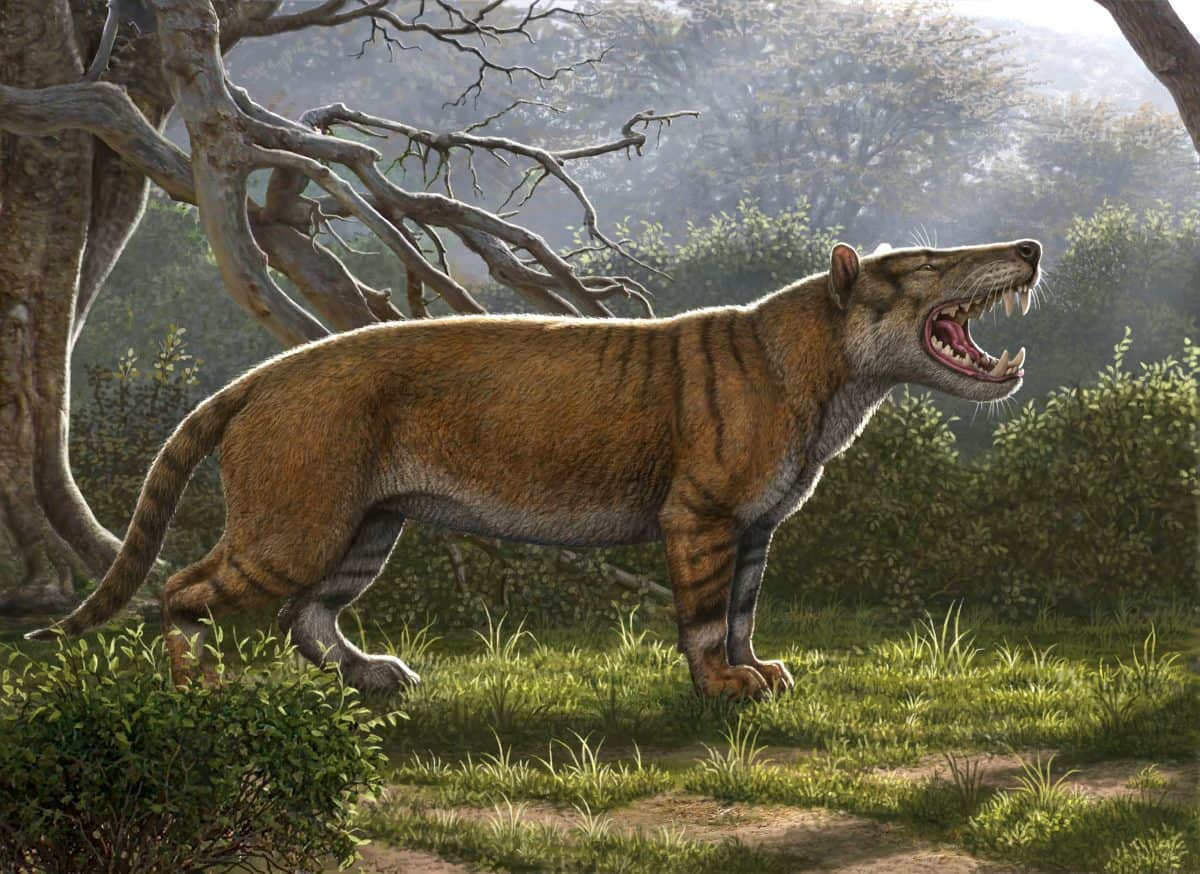 A terrifying meat-eating beast larger than a polar bear and with a skull bigger than rhinoceros and giant canine teeth once roamed Eastern Africa.

The massive mammal larger than any big cat stalking the world today was the top predator 23 million years ago when early apes and monkeys were struggling to survive.

The new gigantic carnivore was identified from forgotten fossils of most of its jaw, portions of its skull, and parts of its skeleton kept in a museum draw in Kenya.

It was named Simbakubwa kutokaafrika, “Big lion from Africa” in Swahili, because the animal was likely at the top of the food chain, as lions are in modern African ecosystems.

But Simbakubwa was not closely related to big cats or any other mammalian carnivore alive today.

Instead, the creature belonged to an extinct group of mammals called hyaenodonts.

These were the first mammalian carnivores in Africa and for about 45 million years after the extinction of the non-avian dinosaurs, hyaenodonts were the apex predators in Africa.

Then, after millions of years of near-isolation, tectonic movements of the Earth’s plates connected Africa with the northern continents, allowing floral and faunal exchange between landmasses.

Around the time of Simbakubwa, the relatives of cats, hyenas, and dogs began to arrive in Africa from Eurasia.

Dr Matthew Borths, a Postdoctoral Research Fellow at Ohio University when he made the discovery, and said: “It’s a fascinating time in biological history.

“Lineages that had never encountered each other begin to appear together in the fossil record.

“Opening a museum drawer, we saw a row of gigantic meat-eating teeth, clearly belonging to a species new to science.”

The species name kutokaafrika reflects that Simbakubwa is the oldest of the gigantic hyaenodonts, suggesting this lineage of giant carnivores likely originated on the African continent and moved northward to flourish for millions of years.

Dr Bortrhs said: “Hyainailourines were some of the largest mammalian carnivores to ever walk the earth.

“Simbakubwa kutokaafrika, whose name means “Big lion from Africa” in Swahili, was the size of a small rhinoceros and lived about 23 million years ago.

“The hyainailourine lineage is part of Hyaenodonta, a diverse group of meat-eating mammals unrelated to hyenas that lived in Eurasia, North America, and Africa for the first three-quarters of the Age of Mammals.

“We estimated the size of Simbakubwa using beautifully preserved teeth that were discovered at Meswa Bridge, an important fossil site in Kenya that also preserves evidence of our early ape relatives.”

Global ecosystems were changing between 18 and 15 million years ago as grasslands replaced forests and new mammalian lineages diversified.

Dr Borths, now Curator of Fossil Primates at the Duke Lemur Centre at Duke University, said: “Based on our analysis, giant hyainailourines originated in Africa about 30 million years ago and they moved into northern ecosystems multiple times before going extinct about ten million years ago.

“The Miocene, the epoch when giant hyainailourines reigned, was a time of massive tectonic and ecological change as Africa collided with Eurasia, lineages encountered each by crossing the newly formed land bridge, grasslands expanded, and the evolving East African Rift changed climate patterns.

“We don’t know exactly what drove hyaenodonts to extinction, but ecosystems were changing quickly as the global climate became drier.

“The gigantic relatives of Simbakubwa were among the last hyaenodonts on the planet.”

Co-author Professor Dr Nancy Stevens in the Heritage College of Osteopathic Medicine at Ohio University said: “This is a pivotal fossil, demonstrating the significance of museum collections for understanding evolutionary history.

“Simbakubwa is a window into a bygone era.

“As ecosystems shifted, a key predator disappeared, heralding Cenozoic faunal transitions that eventually led to the evolution of the modern African fauna.”

Dr Borths added: “The discovery of Simbakubwa offers new insights into how carnivorous mammals adapted to these dramatic changes and gave rise to the modern African ecosystem.”

The study was published in the Journal of Vertebrate Paleontology.