'Covid-19' donated and wrote “Thanks for everything mate!” 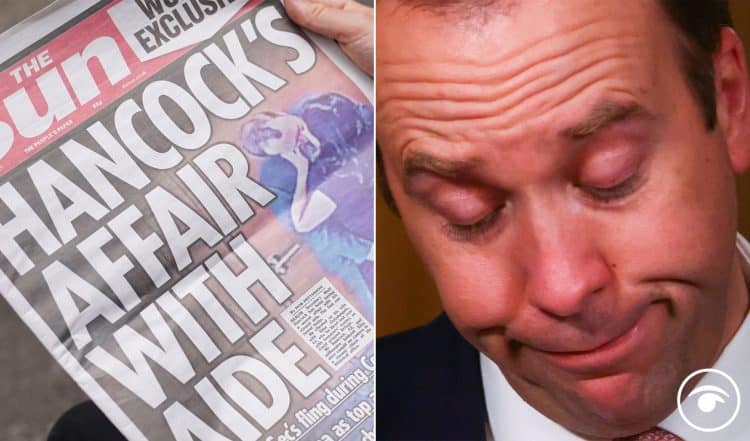 Well he has been snapped on hols with his new partner after his affair was caught on CCTV and shared with the media in a very dubious way.

It was almost as if someone wanted to get rid of him. It worked as he resigned after the story broke.

In his letter of resignation to Prime Minister Boris Johnson, he said the Government “owe it to people who have sacrificed so much in this pandemic to be honest when we have let them down”.

“I want to reiterate my apology for breaking the guidance, and apologise to my family and loved ones for putting them through this. I also need to be with my children at this time.”

Photographs obtained by the Daily Express show the ex-Cabinet minister and Gina Coladangelo in the Swiss Alps.

The newspaper reported the couple are staying at a two-star lodge where rooms cost as little as £87-a-night.

It is understood his estranged wife Martha, 44, is at home with their three children who are due back at school for the new term.