The MasterChef judge spoke of his worries about previously unseen workforce shortages being down to “closing the door” on our EU neighbours. 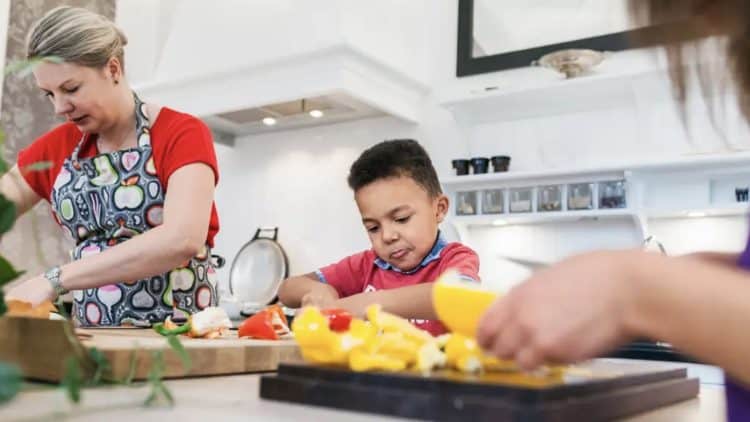 The MasterChef judge spoke of his worries about previously unseen workforce shortages being down to “closing the door” on our EU neighbours.

He praised subjects like home economics, metalwork and woodwork, which he said “need to come back” because “it is those industries that are crying out for people”.

‘Because we’ve closed the door on our friends next door’

“We rely on our EU community to support us and to prop us up. Now that’s all closed, I see in my industry, that’s an absolute game-changer,” he told the i.

Wareing told the Girls’ Schools Association conference that his London Michelin-starred restaurant, Marcus, was forced to open only five days a week instead of seven since Brexit and the pandemic.

He said: “My industry right now is suffering like it’s never suffered before. Because we’ve closed the door on our friends next door and they’re not coming over here any more.

“I’ve never, ever seen a staff shortage like I’m seeing right now in hospitality, and to be honest with you, it’s actually quite scary and I’m really worried.”

He added: “I just don’t think schools sell my industry well enough, because they don’t know enough about [it]. It is a place of opportunity, where you can express yourself, you can be who you are.

This year, several hospitality representatives admitted Brexit has had a huge impact on the industry.

Kate Nicholls, chief executive of industry body UKHospitality, told TLE many EU citizens left the UK permanently as a result of Brexit, expressing anxiety over a lack of staff.

“There are foreign workers from the sector who made the decision to go back to Europe over the course of the last year,” she told The London Economic.

Almost a quarter of hospitality workers in the UK are foreign nationals, according to Nicholls.

“In terms of future requirements, the system the UK government has put into place is going to prevent EU citizens from filling jobs post-pandemic.

“We have got domestic unemployment in the UK, shortages of people who are available for work.”