“School food is essential in supporting the health and learning of our most disadvantaged children." 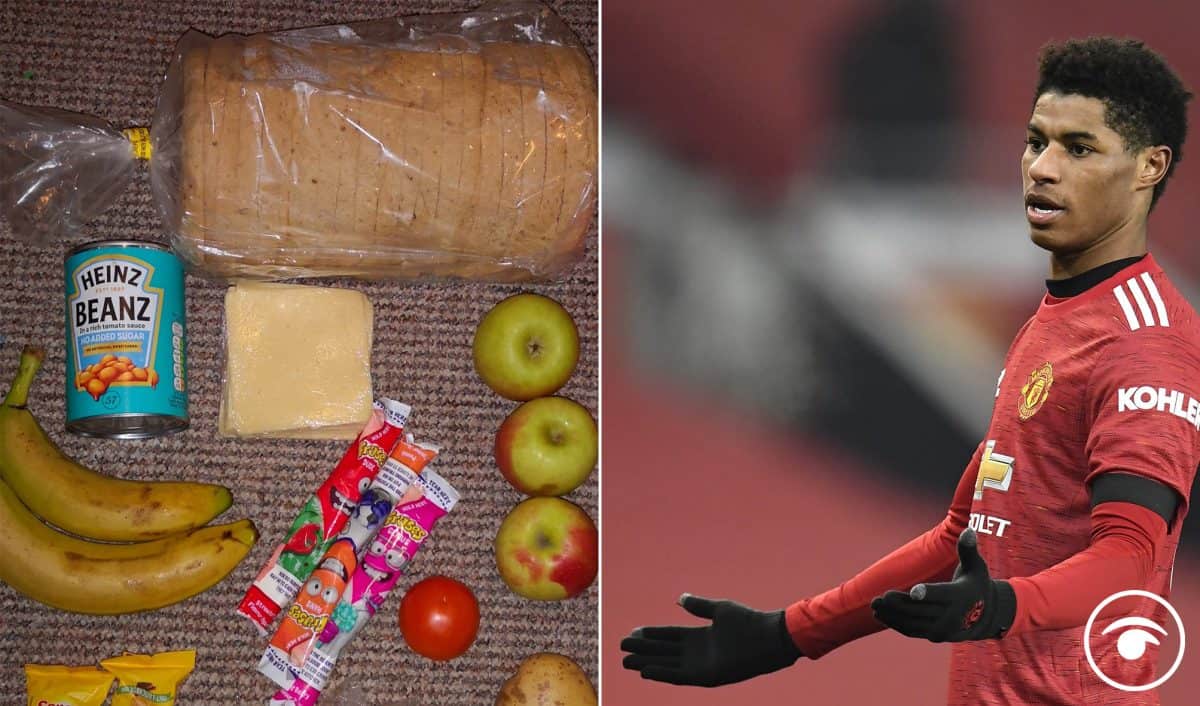 Footballer Marcus Rashford has stepped up pressure on Boris Johnson over free school meals in England with a call for an urgent review of the Government’s policy in the wake of the coronavirus pandemic.

In their letter to the Prime Minister, backed by more than over 40 NGOs, charities and education leaders, they welcomed the “robustness” of his response to the “inadequate” meal parcels being provided by some private companies.

However, they said that after a series of problems – including over vouchers and the holiday provision of meals – that had arisen during the pandemic, it was the right time to “step back and review the policy in more depth”.

“This review would provide the Government with the opportunity to future-proof its policy on school food, and to carefully consider how best to support low-income children and families in the aftermath of the pandemic,” they said.

“School food is essential in supporting the health and learning of our most disadvantaged children.

“Now, at a time when children have missed months of in-school learning and the pandemic has reminded us of the importance of our health, this is a vital next step.”

They said the review should look at the eligibility thresholds for free school meals to ensure disadvantaged children were not excluded.

It should also consider whether the current allowance was adequate and how schools could be supported to deliver the best quality meals.

“The company that were involved with that appalling display of food parcels should be ashamed of themselves quite frankly,” she told ITV’s This Morning.

“It was thoroughly unacceptable and it is right that the Government are investigating them. I personally think some action should be taken against that company.”

She said that a national voucher scheme for free school meals will relaunch on Monday.

Chartwells has since announced it will add breakfast into its parcels for children eligible for free school meals after it acknowledged that there were local issues following school closures.

Robin Mills, the managing director of Compass Group which owns Chartwells, offered a personal apology and said they had a series of protocols to ensure the problems did not arise again.

“We are moving quickly to fix the problem and to deliver on our commitments,” he said in a statement.

Meanwhile, the National Education Union (NEU) has criticised the Government’s scheme to offer free food to struggling families via councils over February half term in England.

The Department for Education guidance says schools do not need to provide parcels or vouchers during the break as families eligible for free school meals will be supported through the Government’s Covid Winter Grant Scheme.

But Kevin Courtney, joint general secretary of the NEU, warned of potential disruption to free schools meals provision during the break.

He said: “Suggesting that local councils will be able to recreate a brand new system of supplying free school meals for the week of half-term using the Covid Winter Grant Scheme is an unnecessary logistical nightmare, and the confusion and chaos this could cause will put millions of children at risk.

Richard Watts, chairman of the Local Government Association’s (LGA) resources board, said the Covid Winter Grant Scheme was “only a short-term fix” to enable local government to continue to help families facing hardship.

Councillor Watts called on the Government to provide food vouchers to eligible families during February half-term “as it did last summer”.

A Government spokeswoman said: “As was the case over Christmas, vulnerable families will continue to receive meals and other essentials over February half-term via councils through the £170 million Covid Winter Grant Scheme launched last year.

“Our guidance is clear: schools provide free school meals for eligible pupils during term time. Beyond that, there is wider government support in place to support families and children via the billions of pounds in welfare support we’ve made available.”

Related: ‘We all have a responsibility to protect our vulnerable as it could be any one of us’ – Marcus Rashford