A man has been arrested on suspicion of grievous bodily harm. 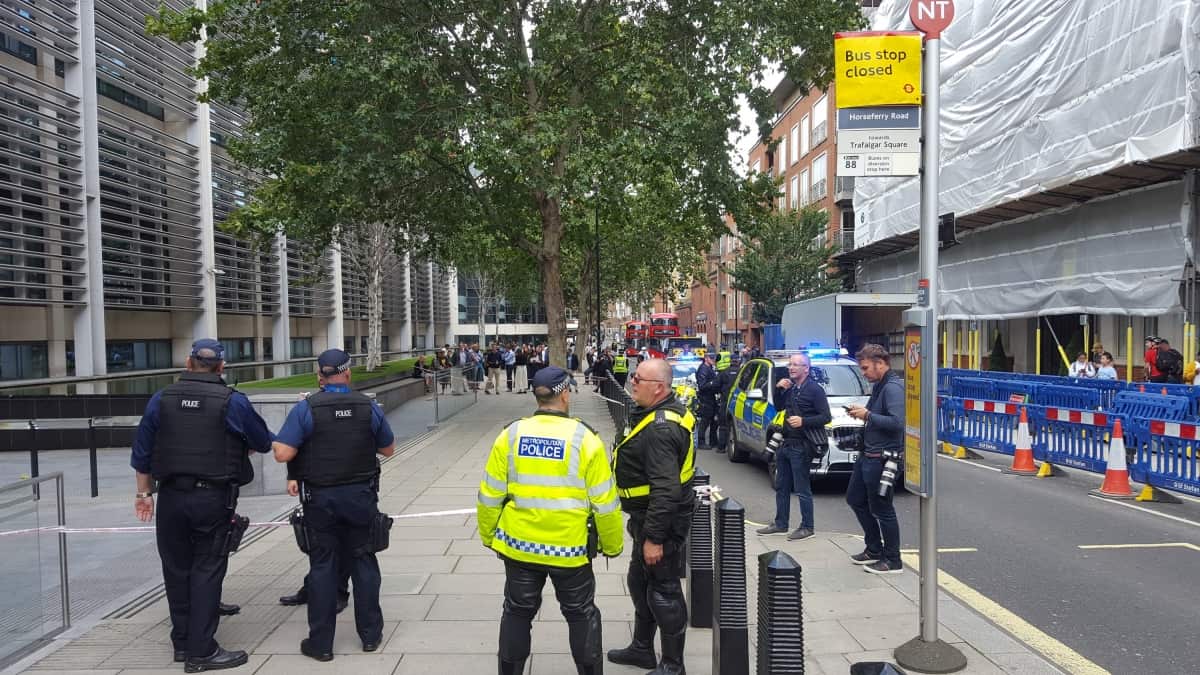 A man was stabbed outside a Government building in central London.

One man has been arrested on suspicion of grievous bodily harm after the assault on Marsham Street in Westminster.

The victim went inside the Home Office building for help. The building is on lock-down.

An image shared online appeared to show a bloodied, topless man being helped by a police officer as well as someone from the ambulance service.

London Ambulance Service said the man was taken to a major trauma centre.

Eyewitness Gareth Milner said he was eating his lunch on the wall outside the Home Office when “a number of armed police officers arrived on scene and entered the building”.

“Some time later a gentleman with quite a bloodied face and with dressing pressed into his face was escorted out of the Home Office by paramedics,” said Mr Milner, who works nearby for the Centre for Policy Studies.

“He was quiet and walking on his own feet, not being physically supported,” he added.

A barista working opposite the Home Office said she saw a man walking out of the building “full of blood”.

She said the victim was a man who appeared to be in his 50s and was not wearing a shirt as he walked out with police.

“He had just trousers, nothing on top… He was full of blood. He was escorted by police and paramedics…”

A cordon has been set up, with two police cars outside and several others parked nearby.

The Metropolitan Police said they were called shortly after 1pm on Thursday to a report of a man with a knife on the street.

They said inquiries are ongoing into the exact circumstances of the incident.