"Getting the all-clear was overwhelming", he said. 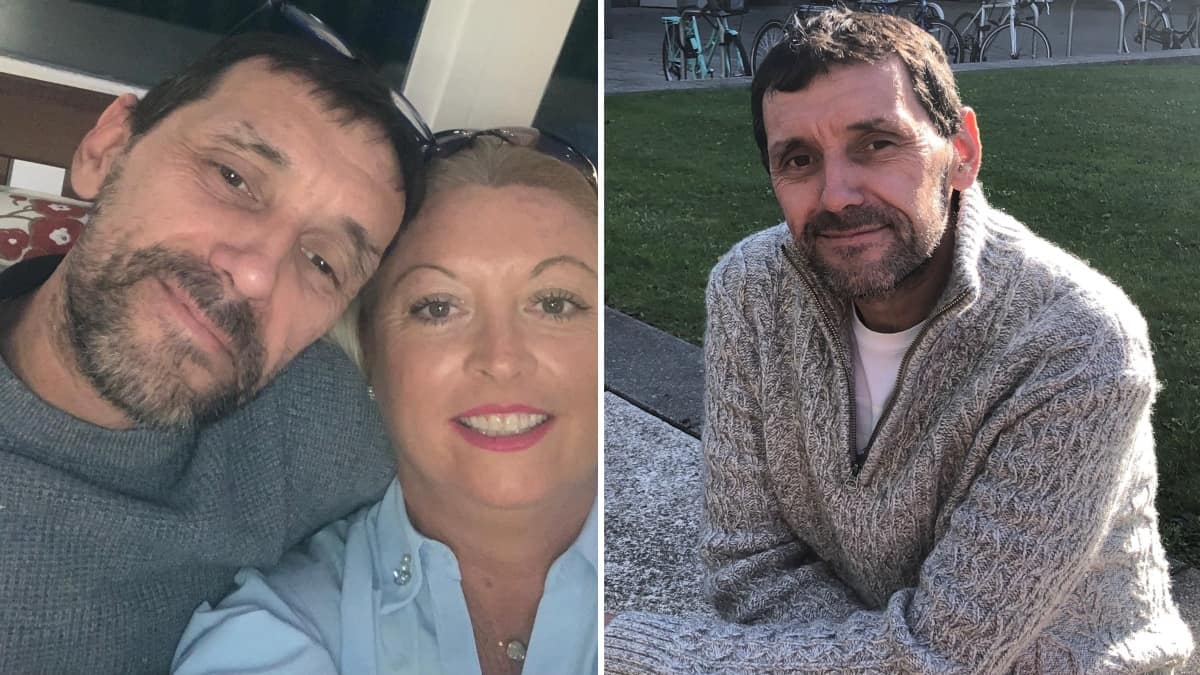 A man told he had less than 12 months to live is now cancer-free thanks to a UK trial of a new drug regime.

Robert Glynn, 51, a welder from Worsley in Greater Manchester, said he “wouldn’t be here” if it were not for the astonishing results of the trial run by the Christie NHS Foundation Trust in Manchester.

Mr Glynn was diagnosed with deadly bile duct cancer after suffering severe pain in his shoulder which left him unable to sleep.

He visited his GP and underwent a series of scans and blood tests but his cancer was only picked up by chance when he got an infection in his gall bladder.

The day before his 49th birthday, in August 2020 at the height of the Covid pandemic, Mr Glynn was told the devastating news that he had intrahepatic bile duct cancer (cancer that forms in the bile ducts inside the liver).

Also known as biliary tract cancer, this is a rare form of the disease with few treatment options.

Only around 1,000 people in the UK are diagnosed with it every year and just 5% of people live for five years or more after diagnosis.

Mr Glynn was told his cancer was at an advanced stage and had spread to his adrenal gland.

He was referred to the Christie where experts offered him the opportunity to participate in a clinical trial of immunotherapy.

Before starting the trial, Mr Glynn’s tumour was analysed to check for any genetic alterations in his tumour.

The result showed the tumour had a high mutation burden (large numbers of genetic mutations in the cells), suggesting he may potentially have a good response to treatment.

Mr Glynn was started on an immunotherapy drug which is already approved for use in other cancers, including lung, kidney and oesophageal cancer.

The treatment, which is given by a drip and helps a person’s own immune system fight cancer, was combined with standard chemotherapy.

The drug cannot be named due to the experimental nature of this trial for bile duct cancer.

To his surprise, Mr Glynn, who loves Manchester United, snooker, golf and fishing, saw his tumours shrink on the treatment.

The tumour in his liver went from 12cm to 2.6cm, while his adrenal gland tumour shrank from 7cm to 4.1cm.

This meant Mr Glynn was able to undergo surgery in April to remove his tumours.

Surgeons found only dead tissue which meant the treatment had killed off all the cancer cells.

“I wouldn’t be here today”

In comments made exclusively to the PA news agency, Mr Glynn said: “I wouldn’t be here today without the trial.

“When I was given the option to take part in research, I jumped at the chance.

“You do anything you can to extend your life.

“I feel very lucky as I had the cancer for two years and had no idea.

“So getting the all-clear was overwhelming.

“In an odd kind of way, having the diagnosis has turned my life around.

“With my partner, Simone, we get out in nature and walk loads. When something like this happens you realise life is for living.”

Since his operation, Mr Glynn has not needed any more treatment and his three-monthly scans show he is clear of cancer.

Further studies are now being carried out with more patients with the hope of changing the treatment of biliary tract cancer.

“It’s never over until it’s over”

In a bid to live a healthier life, Mr Glynn also changed his diet completely, losing several stones after tipping the scales at 16st.

“I cut out all processed foods, refined sugar, dairy and milk and now have a smoothie every day and lots of organic fruit and vegetables and make everything from scratch,” he said.

“I managed to lose 5st, which was a big step for me.

“I realised you can’t just rely on the doctors to help you.

“You need to help yourself too.

“It’s also important to remain positive and not give up.

“It’s never over until it’s over.”

The clinical trial was run by Professor Juan Valle, consultant oncologist at the Christie and a world-leading expert in biliary tract cancer.

He said: “Robert has done very well on this combination due to his tumour having a high mutation burden, or a high number of genetic mutations.

“Most patients with this diagnosis do not have as many mutations in their cancer cells so the treatment won’t be as effective, but it does highlight the importance of personalised medicine.

“The results of this research and another larger study are keenly anticipated by colleagues worldwide as it could lead to a change in how we treat patients like Robert in the future.”