The property, known locally as a drugs den, had been raided by police in the past. 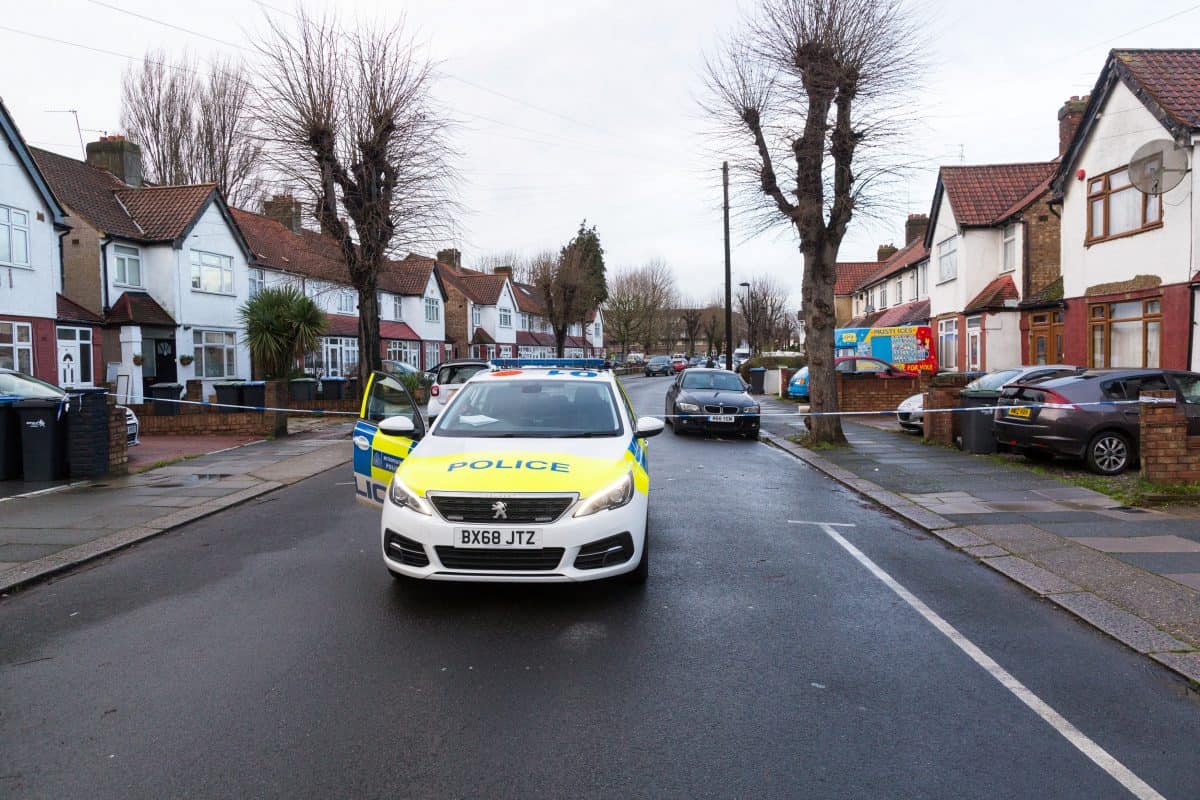 A man died after being shot in the face in his living room as three men burst into the house, neighbours said today (wed).

The property, known locally as a drugs den, had been raided by police in the past.

Two teenagers and another man have been arrested on suspicion of murder. The victim is believed to be around 20.

Eyewitnesses have described men dressed in black hanging around the multiple occupancy house at 9pm.

One resident claimed that the man was shot in the face at the house – known for trouble with police.

Atif Chaudhry said: “The victim was shot in his mouth. The house he was shot in is known for drugs.

“Police have raided that property many times before.”

The victim was pronounced dead on the road in Edmonton north London following the shooting last night (tues) at 9.15.

Resident Dexter Blake, 28, said: “I was walking home last night and I heard it – ‘bang bang bang’ – I could have sworn it was fireworks.

“It’s not safe around here, you have to keep your head down constantly, I want to move away.”

“Just one month ago the police raided the house where the shooting took place.

“Multiple people live there, all young.”

Another neighbour said: “People were hanging about the house dressed in black.They must have forced their way in and I heard gun shots.

“They got inside the house and it happened in the front room. 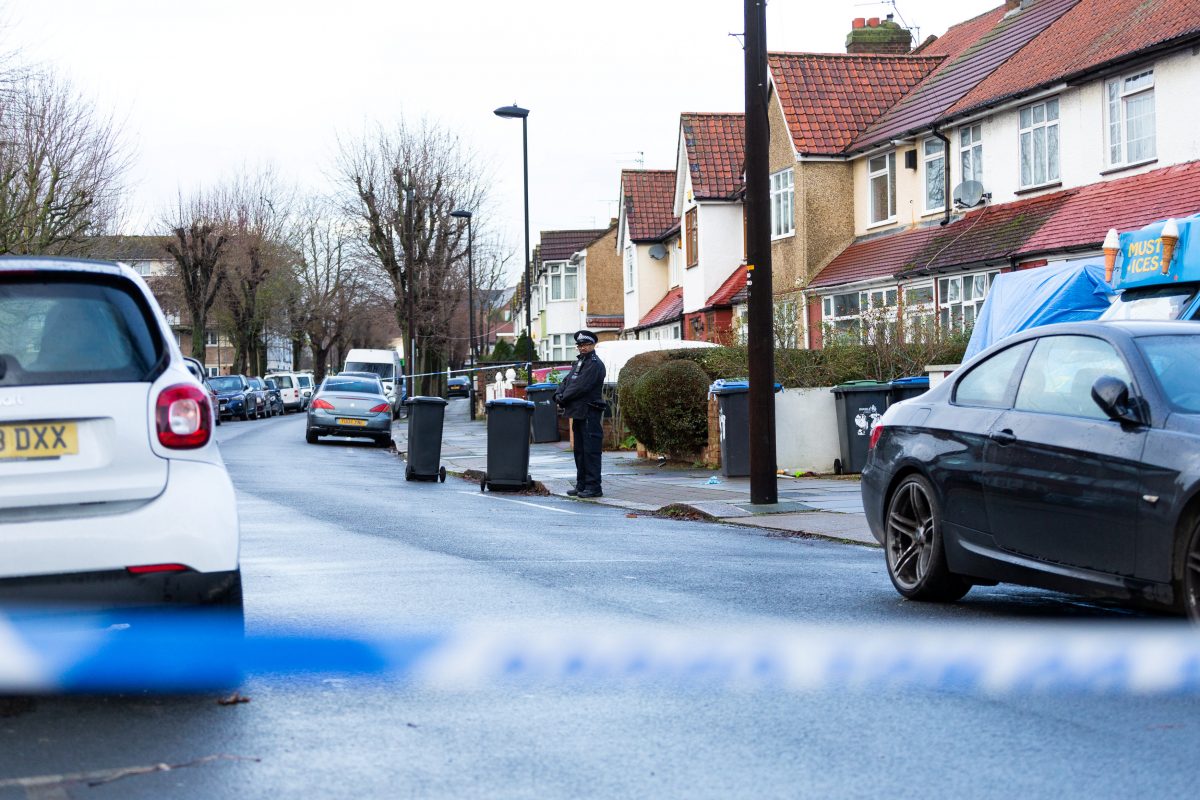 “There was a lot of shouting in the street and police were there all night.

“About six months ago that house had police outside after some trouble there.”

Another neighbour, Violet, has lived at in the area for almost 50 years.

She said: “There is a couple in their forties that share that house.

“Another group of youngsters live there too, it is a shared, rented house.

“The young man is in his twenties, a black boy.

“Too many people have come in from out the area – now they all kill each other.”

A crime scene remains in place on the residential street, due to stay in place ‘for some time’ according to cops.

It is though to be the third Edmonton shooting in just over a month – after a shotgun was fired at a taxi on November 18.

Councillor Tolga Aramaz wrote online today: “It is extremely worrying to hear of another shooting in Edmonton when the previous one happened days ago.

“I’m truly upset to keep on hearing bad news in our area.”

Scotland Yard said: “A murder investigation has been launched following fatal a shooting in Edmonton.

“Officers are appealing for information that could assist in identifying the victim and for any witnesses to come forward.

“Police were called by the London Ambulance Service at approximately 9.15pm on Tuesday, December 18 to reports of a man suffering a gunshot wound inside an address in St Joseph’s Road, N9. 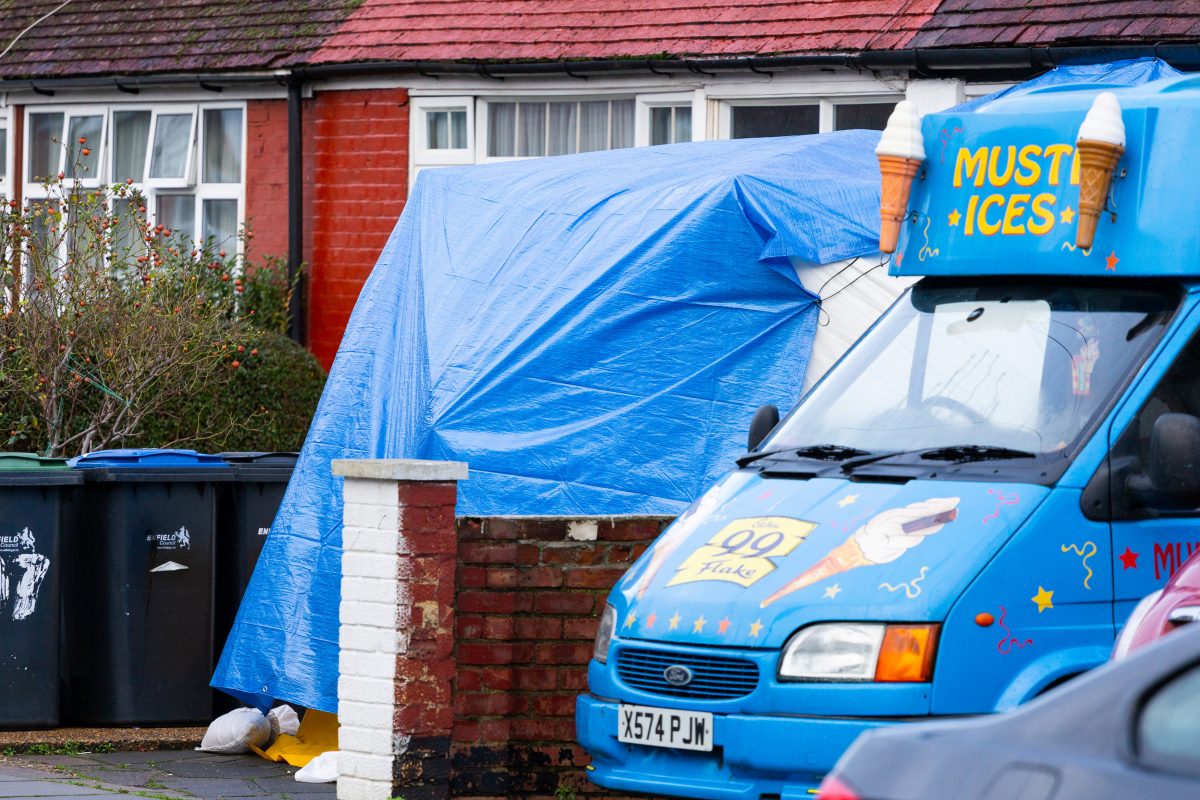 “An unidentified male, aged around 20, was pronounced dead at the scene at 10.10pm

“Enquiries are underway to establish the identity of the deceased.

“A post-mortem examination will take place in due course.

“Three males, 24, 19 and 17 were arrested at the scene on suspicion of murder – all three remain in custody at this time.”

A London Ambulance spokesman said: “We assisted MPS Enfield with an incident in N9.

“An ambulance, fast response unit, an officer and one of our joint response unit colleagues were all on scene to treat the patient.”

DCI Holmes said: “My officers are working hard to establish the motive for the shooting and I urge anyone who can assist in completing the puzzle surrounding this murder to contact police without delay.

“I am particularly keen to hear from anyone who has information that could assist in identifying the victim who is a light skinned, possibly mixed race, black male aged around 20 years.

“Please don’t hesitate to make the call if you can help.”