West Midlands Police pulled over the vehicle near Junction 1 of the M6 for Rugby, Warks., before discovered the £500,000 haul 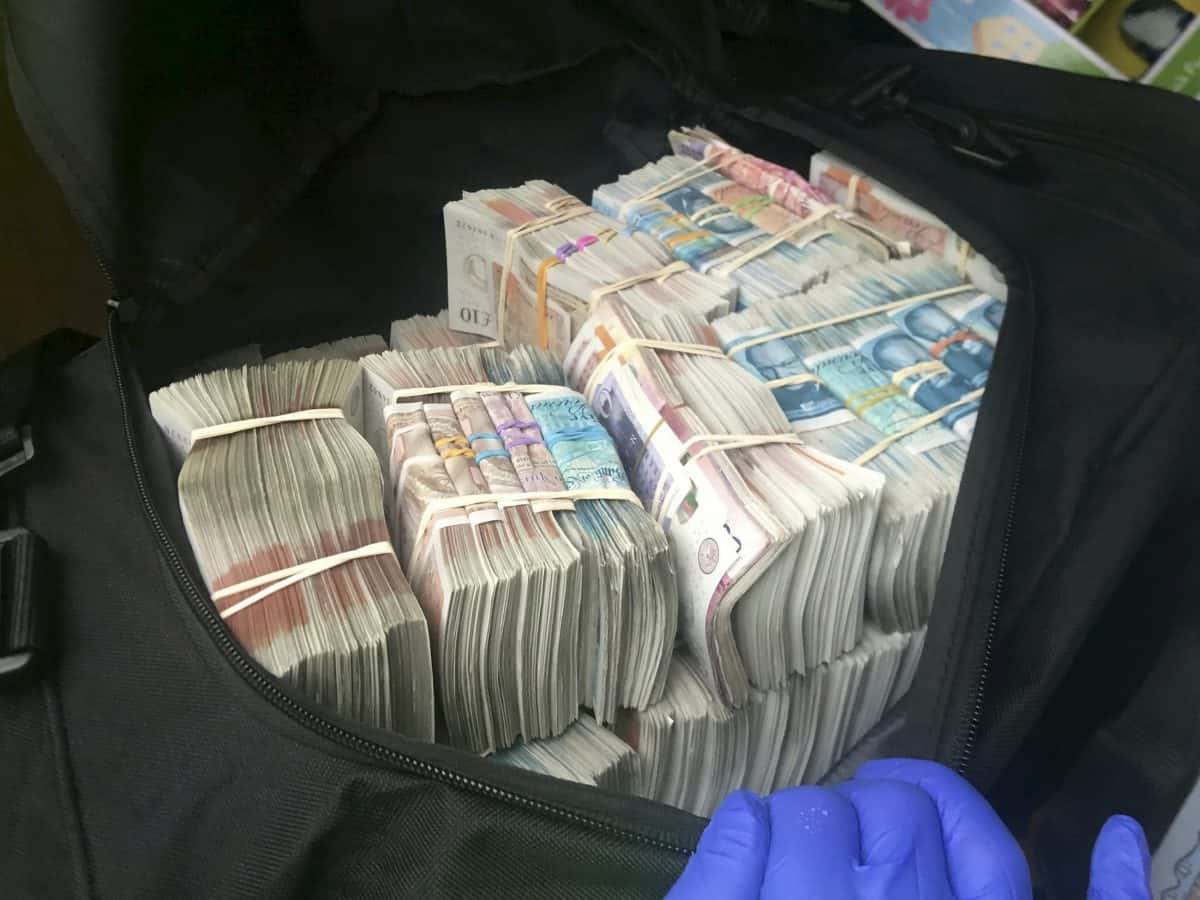 Police were left stunned to discover almost £500,000 in CASH in the boot of a car they pulled over on a motorway.

Traffic officers had stopped the vehicle on the M6 near Junction 1 for Rugby, Warks., on Tuesday night (18/12). The driver was found with a haul of nearly half a million pounds in £10, £20 and £50 notes stuffed inside a black holdall bag neatly stacked and wrapped in elastic bands.

West Midlands Police said the discovery was made as a result of a joint investigation with the National Crime Agency (NCA).

Sharing details of the operation on Twitter, they wrote from their @WMPTraffic account: “A job from yesterday. Joint operation led to a stop on this vehicle on the M6 near to junction 1. “The driver was found with this in a holdall. Roughly £500k in cash.

“All proceeds of criminal activity. We may have upset some criminals this Christmas.”

Jacqueline Weaver put: “It’s a shame it can’t go to the homeless. Fantastic job though guys.” Another user Lee joked: “I’d have reported £400k and had the best Christmas ever!!”

Nock added: “Well done all- most people graft the honest & hard way & it’s sickening crim scum can make this much (normally through other peoples misery).”