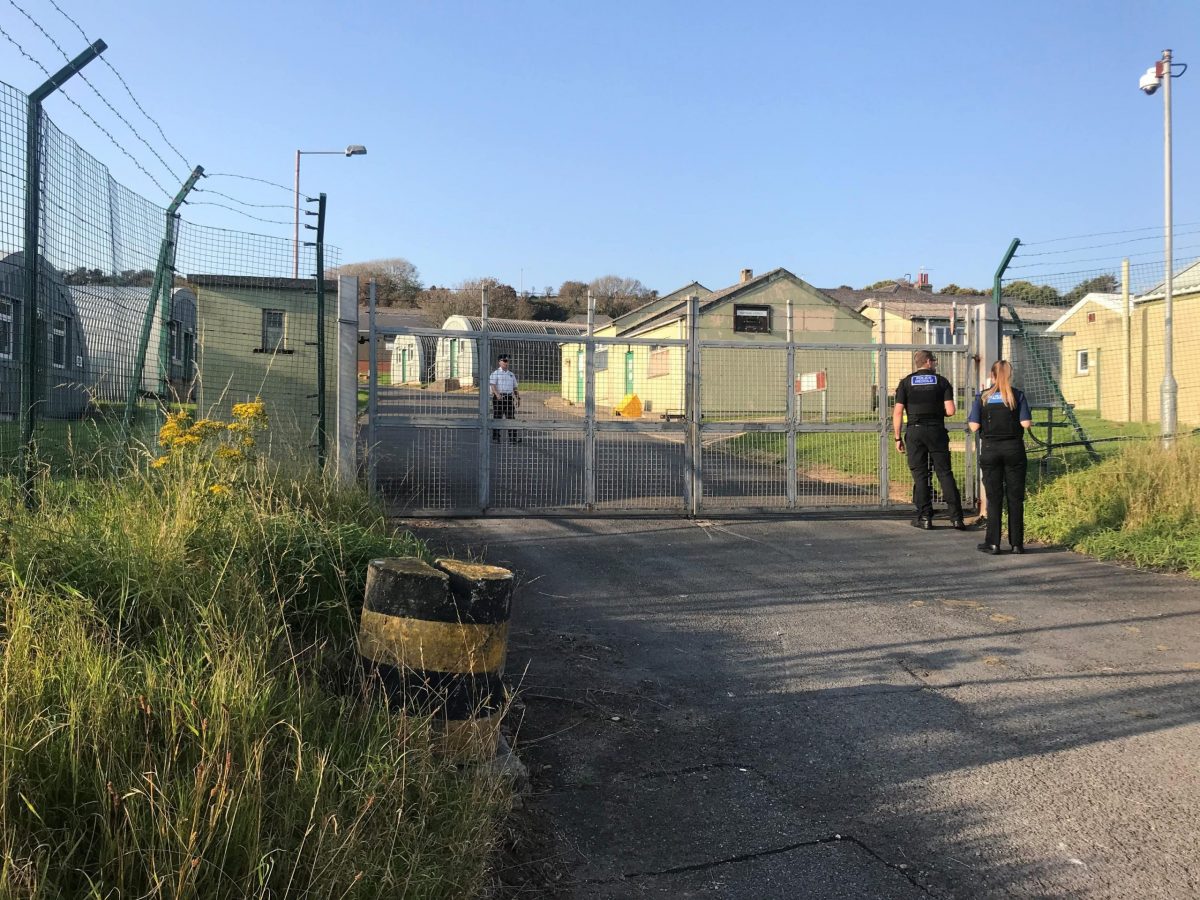 A 50-year-old man has been arrested after staging a protest outside a Welsh military barracks being used to house migrants who crossed the Channel.

Monday saw the first group of up to 250 male asylum seekers aged between 18-35 moved by the Home Office into converted barracks just yards from homes in the village, prompting an organised protest during the evening.

The decision to house the migrants in the camp was criticised by Wales’s First Minister Mark Drakeford, while a Welsh Conservative politician blamed the resulting disorder on “people bussed in from outside with very unpleasant political agendas”.

Dyfed-Powys Police said around 40 people had again protested in the area on Tuesday evening, and the 50-year-old man was arrested at around 5.40pm.

“We are actively reviewing a significant amount of footage extracted from our officers’ body worn cameras, from footage shared to social media and intelligence obtained from other sources. Those identified committing criminal offences will be prosecuted.”

“We are in conversation with our partners across Pembrokeshire and are grateful to those in Penally and the surrounding community who are engaging with our officers on the ground and sharing concerns and information with us.

“Our history as a service is one of co-operation and we are working with partners across the county and the Home Office to get the support residents are asking for.”

On Wednesday morning around 60 “anti-racist” protesters stood outside the camp with welcome placards in a demonstration organised by Stand Up to Racism.

Spokesman Patrick Connellan said those in attendance, who held up signs including “welcome to Wales”, failed to spot any migrants but the camp’s welfare officer “gratefully accepted our welcome messages”.

He said: “Many people want to help with donations and practical assistance so groups are now being set up to coordinate that work. We will continue to resist the racists and build closer ties with the refugee and local community.”

During Tuesday’s Welsh Parliament plenary, Mr Drakeford said the Labour-led Welsh Government did not have a say in the decision to house the migrants, before adding “a military camp is not a suitable place to house people who have fled from conflict and war in other parts of the world”.

He said a written request to Home Secretary Priti Patel for assurances that funding would be provided to the area to help deal with resulting demands on its services was met by an “utter blanket refusal”.

Welsh Conservative Angela Burns, MS for Carmarthen West & South Pembrokeshire, told the plenary: “Unfortunately, we saw some shocking scenes last night at Penally camp of elements coming in from away — not Pembrokeshire people.

“Pembrokeshire people are warm and welcoming, and we want to do our best by these people, who’ve already been through a really traumatic time.

“Absolutely shocking scenes occurred, with people bussed in from outside with very unpleasant political agendas.”

The site is used by the Ministry of Defence for training courses, which have now been rescheduled or moved to alternative military sites.