Also Asda will introduce 1,000 new Covid-19 marshals on the doors of its supermarkets. 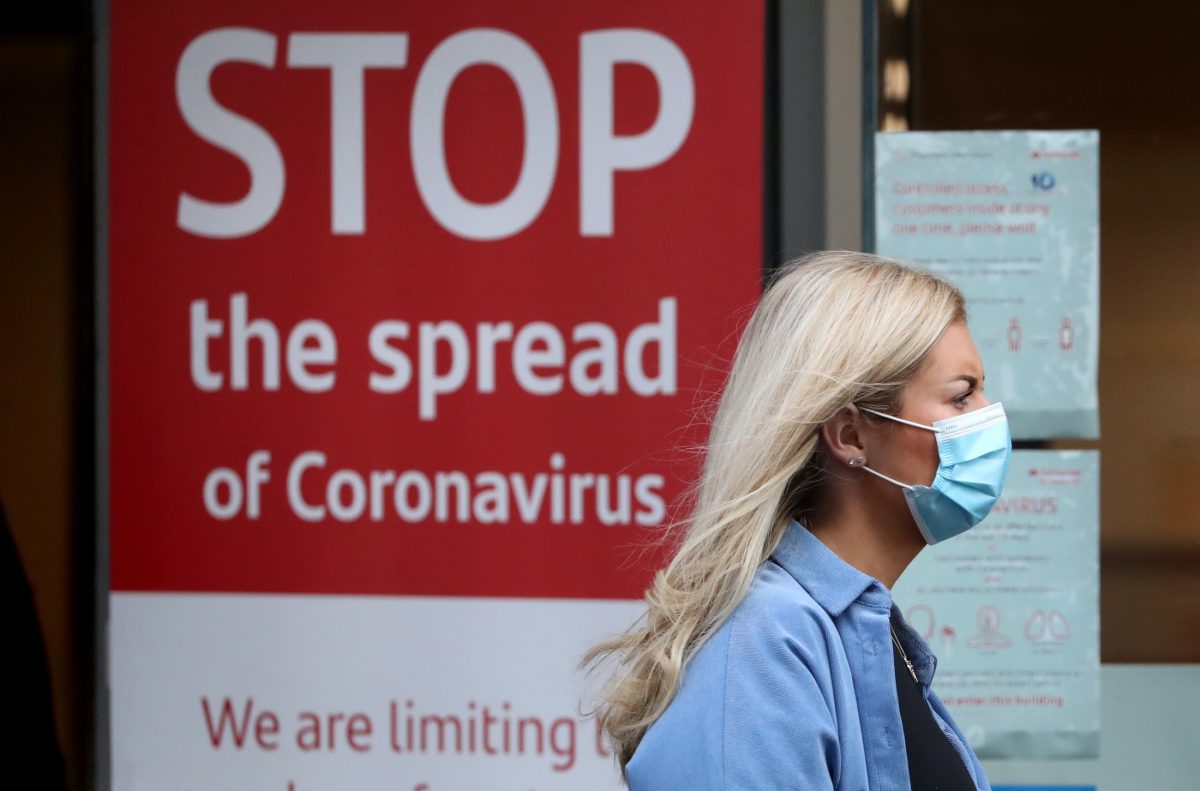 Worrying statistics have been shared by the Government regarding the number of people with Covid infections. Data published today showed an increase of 6,178 cases over the previous 24 hours.The Covid-19 deaths of another 37 people were also recorded.

Wednesday’s figures show the biggest jump in Coronavirus cases since May 1, when the UK identified 6,201 new infections.

As this grim news is digested it has been reported that there has been a rise in demand for toilet roll. A major issue during the full lockdown, which led to huge shortages, even though the public were told there was more than enough in the supply chain.

WEPA UK, which produces own-brand loo paper for supermarkets like ASDA, Tesco and Sainsbury’s, said sales had gone up by 23 per cent – but did not expect supplies to run out.

But WEPA UK joint managing director Mike Docker said the company was prepared this time around.

“We are doing all that we can to ensure stock remains available, including rationalising some niche embossed patterns and focusing on larger pack sizes, which we know were in demand in March,” he told the Guardian.

Asda will introduce 1,000 new Covid-19 marshals on the doors of its supermarkets to ensure customers wear masks properly and follow stricter Government guidelines over the pandemic.

The Asda Safety Marshals are to be stationed at the front of every store and in the aisles of larger stores.

Bosses said they expect the staff to be able to help shoppers with safety questions and to reiterate Government guidelines.

If customers are not wearing masks in store, they will be told they can buy a pack of disposable masks and pay for them as part of their shopping trip.

At Prime Minister’s Questions, Mr Johnson was repeatedly challenged about the looming prospect of support being withdrawn from firms and workers despite the prospect of the latest restrictions being in place for six months.

The furlough scheme, which has cost the Government £39.3 billion to date, expires at the end of October.

“What we will do is continue to put our arms around the people of this country going through a very tough time and come up with the appropriate creative and imaginative schemes to keep them in work and keep the economy moving,” he said.

Labour leader Sir Keir Starmer asked “when is the Prime Minister finally going to act” in the face of calls from Bank of England governor Andrew Bailey, the Confederation of British Industry and trade unions to continue some form of support after furlough ends.

What are the new coronavirus rules in the UK?

Measures are being tightened in the face of rising coronavirus infections, with Boris Johnson warning the UK has reached a “perilous turning point” in its fight against the disease.

Tougher restrictions are being brought in across all four nations, but vary – here, we take a look at the new rules in each country.

Working from home is once again being encouraged, with anyone who can being asked to do so.

People who cannot, such as those working in construction or retail, are being advised they should continue to go to their workplaces.

From Thursday pubs, bars and restaurants must offer table service only and hospitality, leisure, entertainment and tourism businesses will all have to close between 10pm and 5am.

People working in retail, travelling in taxis, and staff and customers in indoor hospitality, except while seated at a table to eat or drink, will have to wear face coverings.

From Monday, a maximum of 15 people will be allowed to attend wedding ceremonies and receptions, but the limit remains at 30 for funerals.

The rule of six, introduced last weekend, that any social gatherings of more than six people are against the law, is being extended to all adult indoor team sports.

Large sporting events, business conferences and exhibitions will not reopen as had been planned from October 1.

The penalties for disobeying the rules will also be greater – failing to wear a mask or breaking the rule of six will see fines doubling to £200 for a first offence.

Businesses which break the rules could be fined up to £10,000 and closed.

Fines of up to £10,000 for people who fail to self-isolate have already been announced.

Downing Street said military support was an option to free up police so they can focus on enforcing the tougher rules.

For people in the shielding category, Mr Johnson said the guidance remains that shielding is not currently needed, unless they are in a local lockdown area.

In a televised address on Tuesday evening, he said he was “spiritually reluctant” to impinge on people’s freedoms, but warned: “Unless we take action the risk is that we will have to go for tougher measures later.”

Northern Ireland has the highest infection rate across the UK and Ireland, and fresh Covid-19 restrictions are to be extended from some specific postcodes to the whole country from 6pm on Tuesday.

Households will no longer be allowed to mix indoors, except for single-person bubbles and certain other exemptions.

No more than six people from two households can meet in a garden.

Pubs which do not serve food, known as wet pubs, are due to open on Wednesday, despite the latest restrictions.

Deputy First Minister Michelle O’Neill said whether to introduce an early closing time for pubs is something ministers would be considering, describing replicating the 10pm curfew being introduced in England as “fair enough” to consider.

First Minister Arlene Foster said a two-week period of lockdown to try to halt the spread of the virus, a so-called circuit breaker, could not be ruled out.

Discussing the latest measures on Tuesday evening, she said: “We need to act, but I do want to reassure you that despite all of the headlines this is not a second lockdown.

“This is a wake-up call, a reminder that we are not out of the woods.”

Household mixing indoors will no longer be allowed, with exemptions for those living alone, couples not living together, childcare and tradespeople.

Regulations come into force on Friday but people are being asked to comply from Wednesday.

First Minister Nicola Sturgeon said children under 12 will be exempt from the current limit of six people from two households when meeting outside, and those between 12 and 18 will be able to meet a limit of six others from six households outdoors.

From Friday pubs, bars and restaurants must close at 10pm and further resources will be given to environmental health officials to step up enforcement and inspections, to check that social distancing and other hygiene guidance is being adhered to.

People in Scotland are also being advised against car-sharing, with Ms Sturgeon saying that according to Test and Protect data there is a “significant risk of transmission” in such settings.

She said no decision has been taken yet on a so-called circuit-break in October, and the Scottish Government is “keeping it under review”.

She asked people not to book any overseas travel for the half-term break unless it is essential, and to use it as an opportunity to “further limit social interaction”.

She said people who were shielding earlier in the year are not at this stage being asked to do so again, but that they should follow the steps outlined for the general population.

In an address to the nation, the First Minister acknowledged the measures might feel like “a step backwards”, but added: “We know what we need to do to protect ourselves and others – and all of us have a part to play.”

Pubs, cafes, restaurants and casinos in Wales must operate as table service only and close from 10pm on Thursday.

Off-licences including supermarkets will also be stopped from selling alcohol at the same time each day as part of the measures.

Only six people are able to meet indoors and must be part of a single extended household.

Face coverings must be worn on public transport, in shops and in enclosed public spaces across Wales.

First Minister Mark Drakeford said in a televised address: ““Families have lost loved ones. People have lost jobs and livelihoods. This is a highly infectious virus.

“We cannot let it take a hold of our lives again. We have come too far to let that happen.”

Additional measures across much of South Wales are due to come into force from 6pm on Tuesday.

The measures, which are already in force across Rhondda Cynon Taf and Caerphilly county borough, will apply in Bridgend, Merthyr Tydfil, Newport and Blaenau Gwent.

Under the new rules people must not enter or leave the areas without a reasonable excuse and are only able to meet with other households outdoors, including members of their extended household.