In a tweet, Lucy Allan hit out at John Major for "trying to remove an elected PM" - forgetting that she did the same thing in 2019. 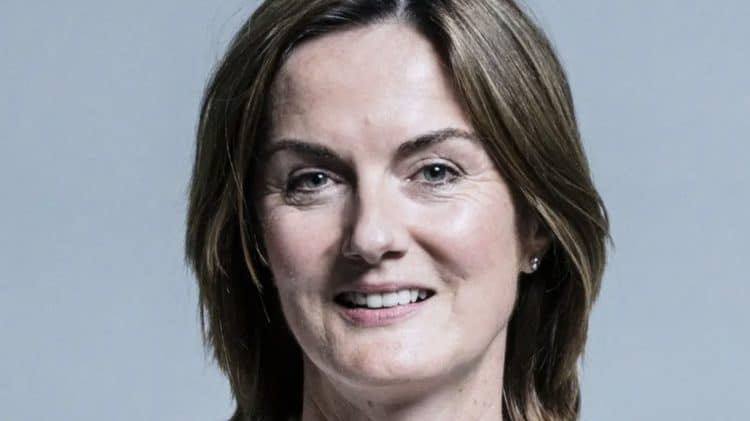 A Tory MP has sparked hundreds of reactions after hitting out at a former Conservative prime minister, claiming he is “trying to remove” Boris Johnson from the same role he once held.

Lucy Allan, who represents Telford, lashed out at Sir John Major after he said the current prime minister broke lockdown laws, doesn’t believe the rules apply to him and threatens the future of British democracy.

In a tweet, Allan said: “Trying to remove an elected PM with a huge personal mandate, mid term, is anti democratic.

“Those who seek to do so are subverting democracy. If you respect democracy, Mr Major, Mrs May, Mr Heseltine et al, do it through the ballot box, not by abusing your power and influence.”

What the former Tory prime ministers said about Boris Johnson

Major said Johnson had sent out ministers to “defend the indefensible” and suggested MPs have a “duty” to act in the face of threats to public trust – and remove Johnson from office.

Former prime minister Theresa May also launched a withering broadside against Boris Johnson in the House of Commons last month, as the fallout from Sue Gray’s report gripped Westminster.

The senior civil servant’s report into allegations of parties held by government officials during Covid restrictions withheld details while the Metropolitan Police is investigating some of them.

But May said at the time that people who sacrificed their freedoms during the pandemic  “had a right to expect the prime minister to have read the rules, to understand the meaning of the rules and indeed those around him to have done so too”.

Allan’s intervention saying the criticism of Johnson is affecting democracy attracted hundreds of reactions, with Lib Dem peer Sarah Ludford saying “the only person in this saga subverting democracy is Boris Johnson.”

And ex-Foreign Office adviser David Clark said: “The constitutional illiteracy of this is off the chart. There is no position of ‘elected PM’ in this country. The House of Commons is elected and the Prime Minister serves at its discretion.”

Journalist Oliver Murphy suggested Allan’s tweet showcases a ‘do as I say, not as I do’ attitude, as he remembered a tweet the MP posted in October 2019. In the tweet, she said: “Theresa May was very, very good to me and I sympathised with her predicament. I still voted against her in a no confidence vote, for the good of the country and for the good of my constituents. Hard, but that is my duty”.

UK politics commentator Edward Hardy resonated with the reminder, saying: “In 2019, Lucy Allan was open about her efforts to remove elected Prime Minister Theresa May midterm.