Extinction Rebellion is planning to cause disruption on London’s rail network today. They will disrupt one overground line as part of their escalating campaign to demand the Government acts now on the climate and ecological emergency. This action is called “The Pause” – their aim is to create moments in time when humanity stops and […] 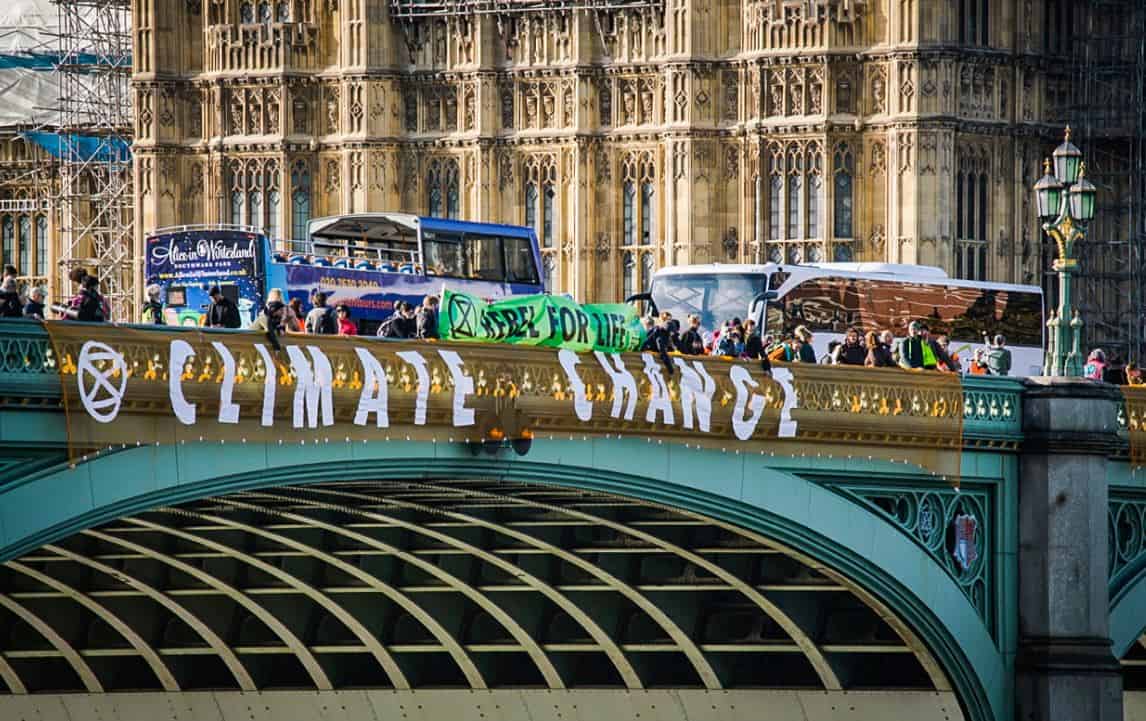 Extinction Rebellion is planning to cause disruption on London’s rail network today.

They will disrupt one overground line as part of their escalating campaign to demand the Government acts now on the climate and ecological emergency.

This action is called “The Pause” – their aim is to create moments in time when humanity stops and fully considers the extent of the harm we have done and are doing to life on earth.

Extinction Rebellion is still blocking four locations in London to highlight the climate and ecological emergency and their demands of the Government: Marble Arch – This is an Emergency, Oxford Circus – Tell the Truth, Waterloo Bridge – Act Now, Parliament Square – Beyond Politics

There have been 290 arrests so far by police during this ongoing action.

London mayor Sadiq Khan said he was ‘extremely concerned’ about the prospect of disruption to London’s public transport network.

He said: ‘It is absolutely crucial to get more people using public transport if we are to tackle this climate emergency — and millions of Londoners depend on the Underground to get about.

‘Targeting public transport in this way would only damage the cause of all of us who want to tackle climate change, as well as risking Londoners’ safety, and I’d implore anyone considering doing so to think again.’