They were "absolutely not" a waste of money, the Prime Minister's spokesperson said. 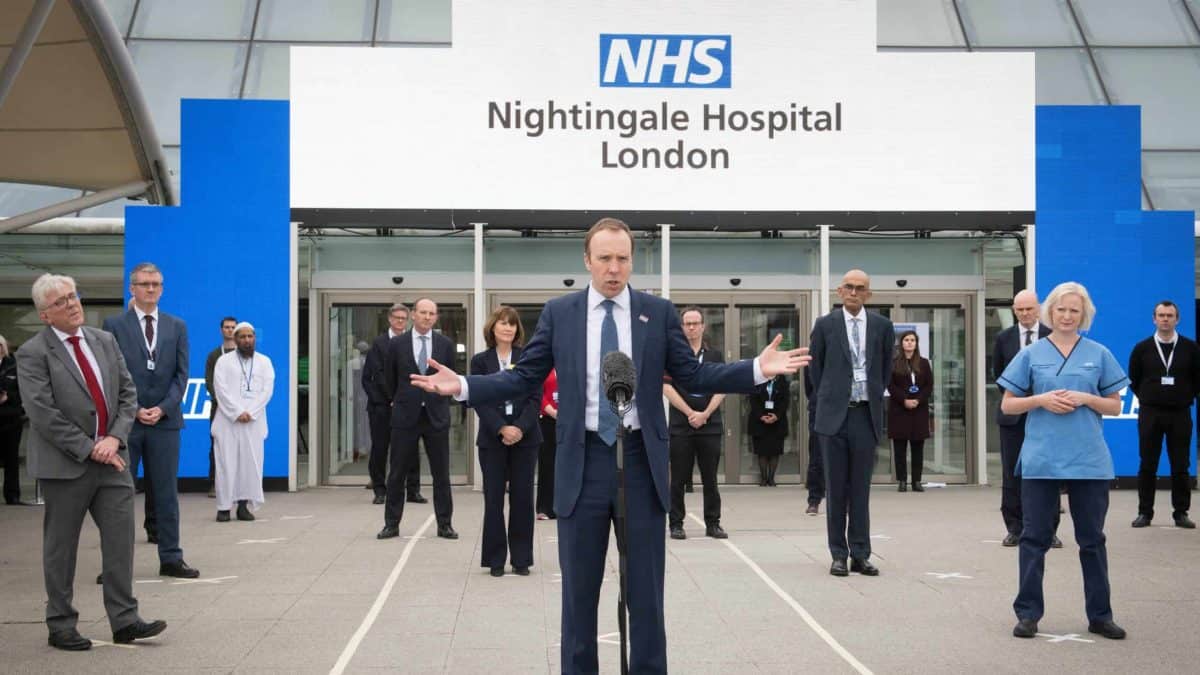 The Prime Minister’s official spokesman said that there were no new coronavirus admissions expected at the hospital in east London’s ExCel centre in the coming days.

Although it will not accept new patients, the temporary hospital will remain on “standby” should it need to resume operations in the future.

Coronavirus in the capital remains under control

“It’s not likely that in the coming days we will need to be admitting patients to the London Nightingale while coronavirus in the capital remains under control,” the spokesman said.

“That’s obviously a very positive thing and we remain grateful to everybody in London for following the Government’s advice in helping to protect the NHS.

“What the Nightingale will be is effectively placed on standby so it would be ready to receive patients should that be required, but we are not anticipating that will be the case.”

It follows reports by the Independent that the field hospital had only 19 patients on Friday, down from a peak of around 35 earlier in April.

The first patients were admitted to the 4,000-bed capacity hospital on April 7, promising to alleviate the pressure on hospitals in the city as the pandemic took hold.

In a message to staff on Monday, the pop-up hospital’s chief executive Professor Charles Knight said that the facility will “stand ready” if cases in the capital began to climb again.

“It is likely that in the coming days we will not need to be admitting patients to the London Nightingale, while coronavirus in the capital remains under control,” he said.

“As a result, after the last of this our first group of patients leaves, the hospital will be placed on standby, ready to resume operations as and when needed in the weeks and potentially months to come.

“We must be ready for the possibility that the number of Covid-19 cases rise again if and when the Government eases social distancing rules.

“That is why the London Nightingale will stand ready should it again be needed.”

A combination of NHS staff, contractors and up to 200 military personnel took part in the hospital’s construction – which was completed in just nine days.

The hospital, which opened officially on April 3, has been used to treat Covid-19 patients who have been transferred from other intensive care units (ICU) across the capital.

Those admitted to the hospital are already on a ventilator and will remain at the Nightingale until their course of ventilation is finished.

Coronavirus patients suffering from other serious conditions, such as cardiac issues, are cared for at other specialist centres.

The facility in London was the first Nightingale hospital to be built – with further hospitals opened in Birmingham, Manchester, Bristol and Harrogate.

Giving an update on the Nightingale programme in England, the PM’s spokesman said: “Manchester has taken some patients already; Birmingham, Harrogate and Bristol are ready to take patients if needed.

“The other two are Sunderland and Exeter, and they are due to open shortly.”

The fact that the Nightingales have not been “used in a significant way” was “something that is positive and we are grateful to the public for its role in that”.

They were “absolutely not” a waste of money, the spokesman added.

Related: Fall in number of daily tests being carried out in UK