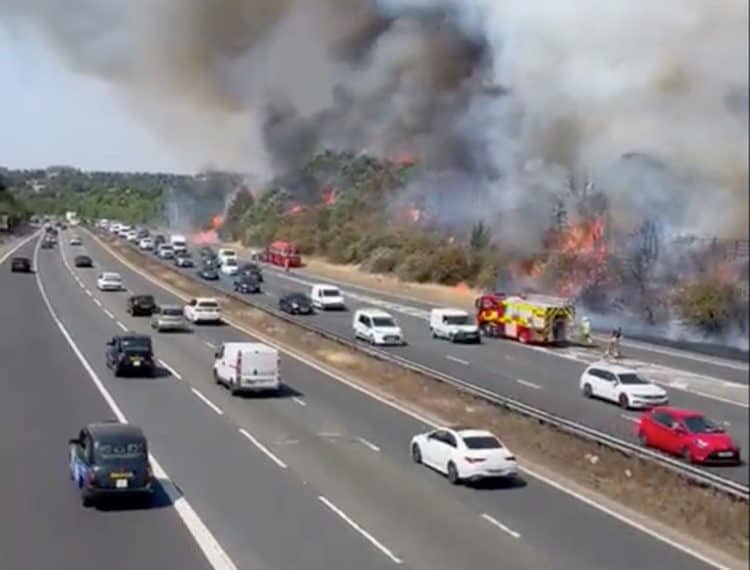 A wildfire on Dartford Heath is dangerously close to spilling onto a major A road connecting London to the southeast.

Shocking footage shows trees and foliage ablaze on the banks of the A2 in Dartford, with vehicles forced to drive through the smoke.

It comes as London Fire Brigade has declared a major incident due to “a huge surge” in blazes across the capital amid the 40C heat.

Sadiq Khan said LFB is under “immense pressure” owing to a number of fires across the city.

The Kent Fire and Rescue Service said they were at the scene of a fire on Dartford Heath.

“Twelve fire engines are at the scene, and crews are using hose reel jets and main jets to tackle the blaze, involving areas of undergrowth and trees,” they said.