Violence could erupt on the streets of London if the authorities don’t take control of the Grenfell disaster aftermath, warned a local councillor. She said local people are “angry” in the wake of the catastrophic blaze and there will be “unrest in the streets” if council chiefs don’t step in. Eartha Pond said donations and […] 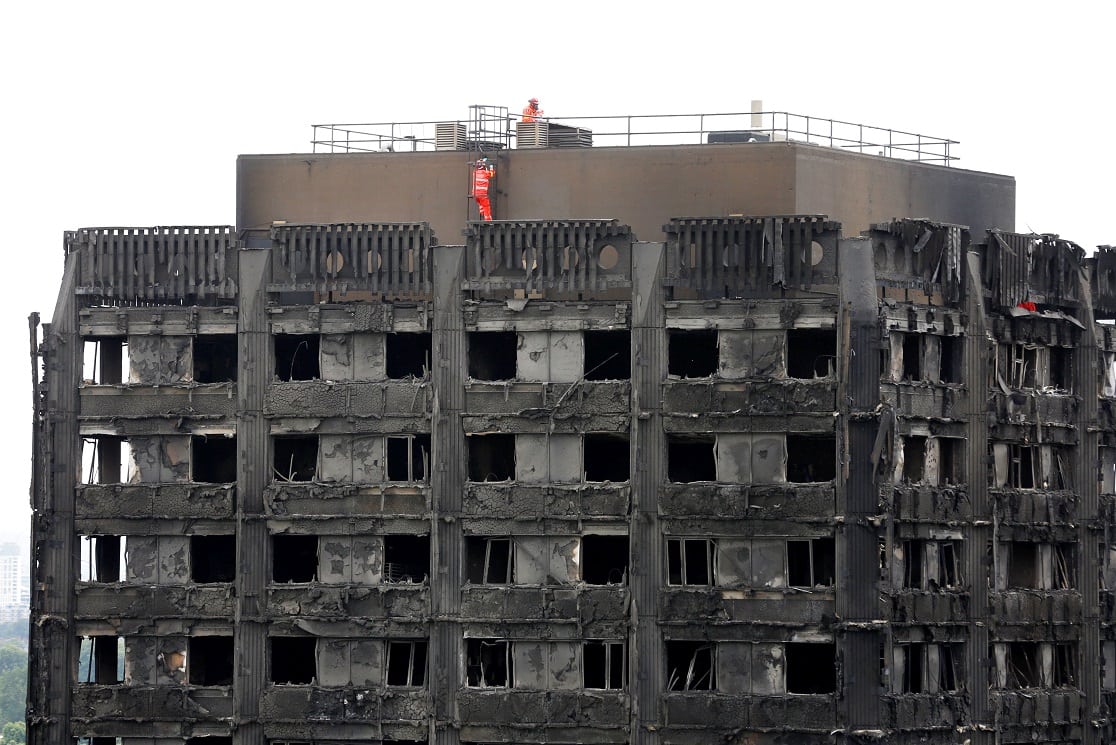 Violence could erupt on the streets of London if the authorities don’t take control of the Grenfell disaster aftermath, warned a local councillor.

She said local people are “angry” in the wake of the catastrophic blaze and there will be “unrest in the streets” if council chiefs don’t step in.

Eartha Pond said donations and aid to victims of the Grenfell tower fire have been mainly community led.

And she warned that if the local authority doesn’t act quickly, civil unrest could erupt.

Ms Pond, a councillor, teacher and Tottenham Ladies footballer, rushed to help as soon as the inferno erupted.

But she claimed the Royal Borough of Kensington and Chelsea have not taken enough action in the wake of the tragedy in which at least 17 people died.

Ms Pond, 33, said: “There should be a lot more co-ordinated response – someone needs to take control.

“Everything has been community led, no-one in authority has taken charge.

“There’s all these donations, which is amazing, but the council aren’t distributing it and we desperately need somewhere to store it.

“That’s what’s so frustrating: the council need to take responsibility.” Ms Pond, who works as an assistant vice principle in Brent and a councillor at nearby Queens Park Community Council, warned riots could break out of action is not taken.

“There needs to be more information, like a big projector with names of who’s been found so people know what’s going on.

“It can’t go on like this, with posters up everywhere. It’s manic.

“Some of these people might have been found, but families are still in the dark.

“If the council don’t step up to the plate there will be unrest in the streets; it’s that serious.

“People are so angry and frustrated. No-one from the council has been down here. It’s an appalling lack of response.” This morning (Fri) tearful residents continue to write messages of support but also anger that the tragedy was allowed to happen.

One message said: “Death to the TMO.” (Tenant Management Organisation which runs Grenfell)

Another said: “TMO – Terrorists and criminals”, while one message said, “Manslaughter by TMO”.

Some messages called for unity, adding: “May Allah protect and save those souls.”

Other neighbours are standing quietly and remembering those who died.

Crying parents and children have been writing desperate message on the ever growing tribute wall just yards from the stricken and charred tower.

Community organisations are continuing to shift boxes of donated clothes, blankets and food to those left homeless by the blaze.

Ms Pond added: “Part of the problem is the disconnect between the council and the community.

“There are people using food bank and then people with Bugattis.

“There needs to be some justification for why these renovations were done to such a poor standard.

“There are people living in similar blocks in exactly the same situation.

“We need so someone to be accountable.”