Taxi driver David Perry is believed to have locked a bomb-wielding passenger in his car outside the hospital on Sunday. 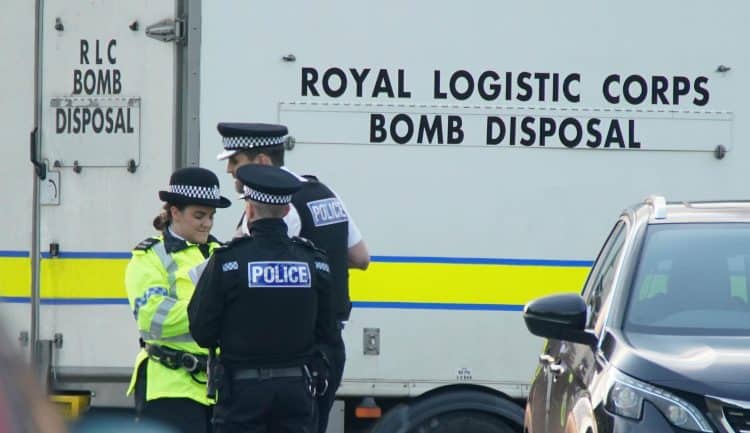 A heroic taxi driver is believed to have thwarted a tragedy by locking his passenger in his cab outside a hospital in Liverpool before he detonated a bomb, reports suggest.

The taxi driver – named so-called as David Perry – allegedly pulled up outside Liverpool Women’s Hospital on Sunday morning and, after “noticing the device”, jumped out of the cab and locked the woman inside.

The man was declared dead at the scene. He has not been formally identified.

Perry is being treated for burns and shrapnel injuries in hospital, which police said are “not life threatening”.

The driver’s actions are being widely praised on social media.

One said: “David saved so many lives today at the risk of his own life , David saved his city.”

Another wrote: “David Perry today put his life on the line and nearly paid the ultimate price to save others apparently not giving a second thought for himself.”

A third said: “This man is a hero, a true British lion and we all owe him a debt of gratitude.”

A fourth added: “The driver is my mate, and spotted the passenger acting suspiciously, so he jumped out the car.

“This guy blew himself up, but my friend is OK. He sustained a few injuries, burns, burst eardrums and some shrapnel, but he’s OK.”

Police cordons remain in place in areas of Liverpool as investigations continue into the car explosion. Three men have been arrested under the Terrorism Act after the blast.

Counter Terrorism Police North West said three men – aged 29, 26, and 21 – were detained in the Kensington area of the city and arrested under the Terrorism Act in connection with the incident.

Counter-terrorism police have said they are keeping an open mind about the cause of the explosion and are working closely with Merseyside Police.

The three arrests took place in Sutcliffe Street in the Kensington area of the city, where witnesses reported seeing armed officers swoop on a terraced house in the afternoon.

Greater Manchester Police, providing updates from Counter Terrorism Police North West, said: “A large cordon is in place on Rutland Avenue in Liverpool and a small number of addresses have been evacuated as a precaution.”

Locals said police arrived from about 1pm as officers went on to guard a terraced property as the immediate surrounding area was cordoned off.

Prime Minister Boris Johnson tweeted: “My thoughts are with all those affected by the awful incident in Liverpool today.

“I want to thank the emergency services for their quick response and professionalism, and the police for their ongoing work on the investigation.”

The Chief Constable of Merseyside Police, Serena Kennedy, offered her reassurance over the incident.

“While I understand that today’s incident may cause concern in our communities, it should be pointed out that events of this nature are very rare,” she said.

“Merseyside Police will continue to liaise with community groups, community leaders, partner agencies and individuals in the coming days and weeks to make sure any concerns are addressed and ensuring that we provide the best possible service to local people.

“There will also be an increased and visible police presence on the streets of Merseyside and I would encourage people to engage with my officers and raise any concerns they may have.”

Liverpool Women’s Hospital said visiting access had been restricted “until further notice”. Patients were diverted to other hospitals where possible during most of Sunday.

In a statement, the hospital said: “Anyone with appointments at the hospital will notice an increased security and police presence on site.”