"Says Dazzler who works, lives and broadcasts from his mammy's spare bedroom" 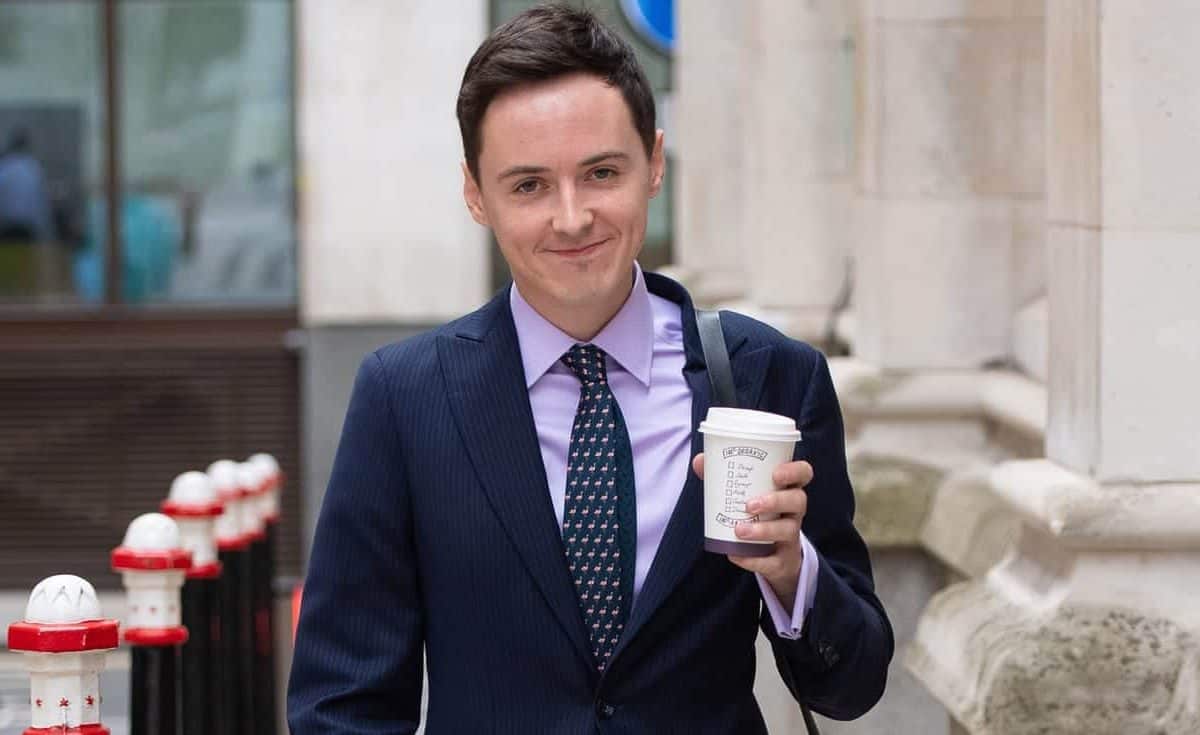 Right-wing political activist Darren Grimes has been met with backlash after urging people to “unmuzzle” themselves and return to offices – live from his mum’s house in County Durham.

His intervention comes after Boris Johnson announced that employees will be able return to work full-time from 19 July on Monday.

The self-styled “not-yet-cancelled conservative commentator”, who has become a mainstay on GB News, said to talkRADIO this morning: “There are so many ways in which we need to take off our metaphorical mask.

“We need to unmuzzle ourselves and get back into our offices. For people of my age coming up through the work force it’s so important to have that office atmosphere.

“We’re losing part of our humanity.”

"We need to unmuzzle ourselves and get back into our offices. It must be taking a toll on the nation's mental health."

“Says Dazzler who works, lives and broadcasts from his mammy’s spare bedroom”

The lamentable irony of Grimes’ comments did not go wasted on Twitter, who slammed the right-wing commentator for encouraging people to return to work from his makeshift at-home studio.

Next we’ll be speaking to Darren Grimes at his mums house about why people should get back to the office.

Later on the programme we’ll be discussing making people laugh with Lee Hurst, and then how to win an election with Laurence Fox. https://t.co/HpJwfsvrex

Sinister right wing vote leave creep Darren Grimes says working from home has to end, ‘people need to get back to the office’ says dazzler who works, lives and broadcasts from his mammy’s spare bedroom, you couldn’t make it up..

“Commentator Darren Grimes says working from home has to end.”

Says Dazzy, condemned to five minute talking head slots on fringe far-right radio, whilst living back at his mam’s and broadcasting from his “studio” broom cupboard under the stairs. https://t.co/Ntb3J8LZbU

Similarly tin-eared remarks were made by host, Mark Donlan, who praised Grimes for his comments, saying: “I think there was a honeymoon period at the beginning of the pandemic when it seemed quite fun, because you could send some emails, bake banana bread, spend time with your kids. I think that novelty wore off pretty quickly and even employers now are beginning to understand they need people back.

“I really like your point about the mask mandate and going back to the office. The only way that we’re going to get out of lockdown is if we release ourselves from a mental lockdown.

“The prime minister can lift all the restrictions he wants, but if we impose them upon ourselves, then we’re never free.”

Not one to shy away from not-so-hot-takes, last year Grimes was met with criticism after saying it was “more courageous to be overtly racist in 2020” in response to comments made by Gary Lineker urging people to “speak out” on racism.

Grimes’ comment comes alongside a much-criticised tweet from Alan Sugar on Monday, pressing “complacent” workers to make a return to the office:

Boris says it’s no longer necessary to work from home. So city people get back to the offices let’s kick start the local economy for shops,cafes who suffered badly. Some people may have become complacent liking this new style of working.Well those folk will never work for me.

The billionaire businessman was fiercely reminded by followers of the incentives for continuing to work from home, with the cost of commuting the most frequent line of attack.

Lord Sugar’s comment came after the Boris Johnson suggested that the country “learn to live” with COVID-19 and that returning to offices was crucial in righting the economy after months of advice to work from home to stop the spread of the virus.

He said: ‘It will no longer be necessary for government to instruct people to work from home so employers will be able to start planning a safe return to the workplace.”