Latvia has also made use of the tactic, renaming the Russian embassy’s address to “Independent Ukraine Street”. 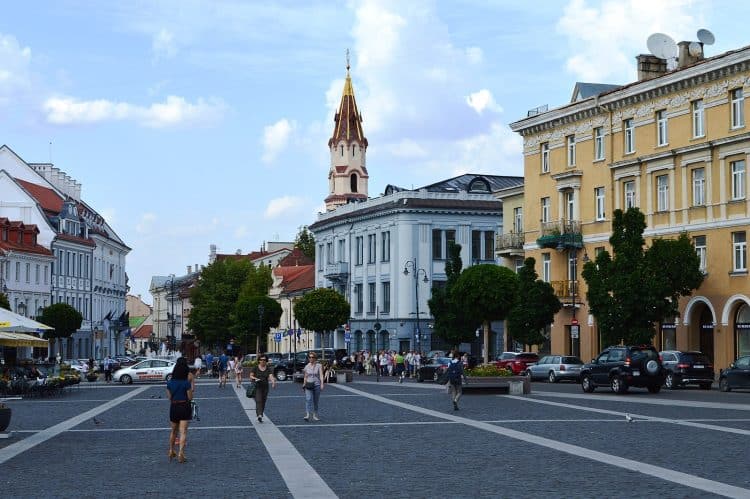 The Lithuanian capital Vilnius has renamed the street where the Russian Embassy is located to ‘Ukrainian Heroes’ Street’ in protest to the war.

Mayor Remigijus Simasius posted a statement as the conflict in Ukraine continues to escalate.

He said: “From today, the business card of every employee of the Russian embassy will be decorated with a note honouring Ukraine’s fighting, and everyone will have to think about the atrocities of the Russian regime against the peaceful Ukrainian nation when writing this street name.”

Until now, the Russian embassy has taken its address from nearby Latvian Street, whose name remains unchanged.

But a hitherto nameless smaller road leading straight to the embassy acquired the Ukrainian moniker.

Simasius had announced the move last week and on Wednesday workers put up two new street plates with the name in Lithuanian and Ukrainian.

This is not the first time Vilnius has used signs and symbols to get its point across to Russia.

In 2018, the city renamed a square outside the embassy after Boris Nemtsov, a prominent opposition figure gunned down near the Kremlin by unknown assailants.

Latvia, a fellow Baltic state, has also made use of the tactic.

Related: Britons to be asked to house Ukrainian refugees