"I truly have no idea why, at this moment, it is important that we hear from John Redwood. Truly no idea." 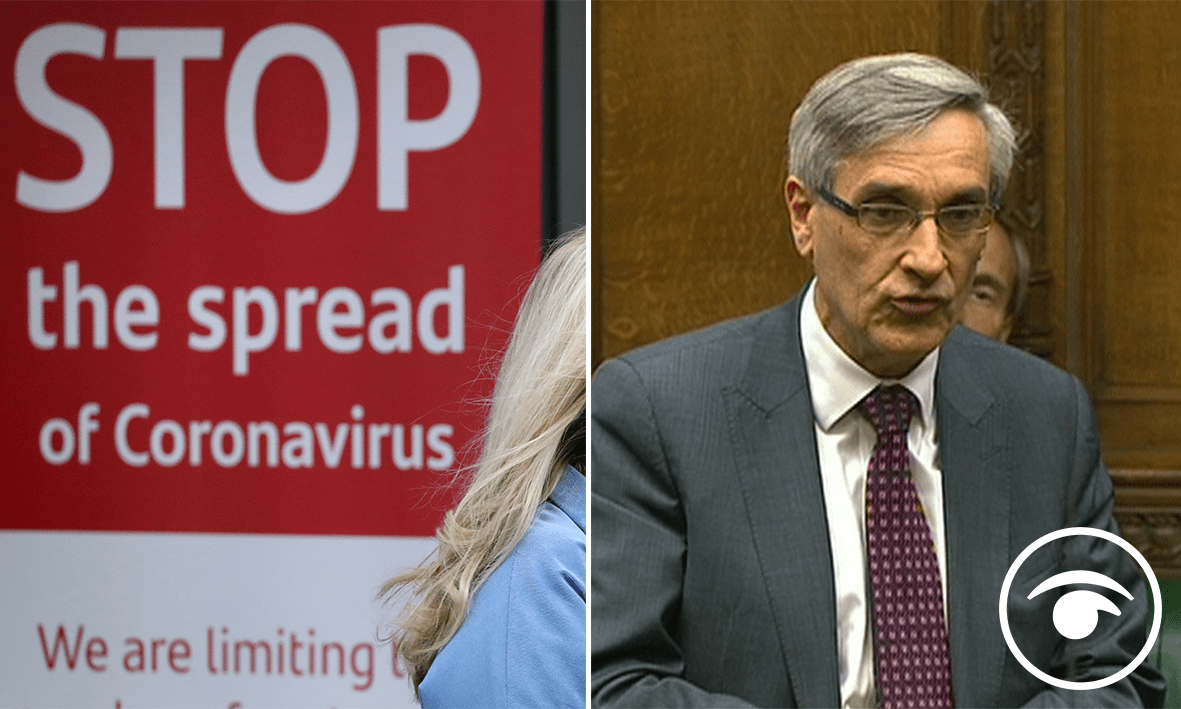 Coronavirus is “running riot” across all age groups, a scientist advising the Government has warned, as Boris Johnson considers imposing stringent new national lockdown restrictions next week. However, a Tory MP didn’t seem too bothered about the news on national Radio this morning.

The Prime Minister is expected to announce the measures for England – which could see everywhere except essential shops and education settings closed for a month – at a press conference on Monday.

Mr Johnson has so far resisted pressure to introduce nationwide restrictions, opting instead for a localised tier system, but he is facing fresh calls for action after new data showed the extent of cases across England.

The Office for National Statistics estimated that 568,100 people in households were infected with coronavirus in the week ending October 23, and Government scientific advisers believe it is now too late for a two-week national circuit-breaker to have enough of an effect.

Professor Calum Semple, a member of the Scientific Advisory Group for Emergencies (Sage), speaking in a personal capacity, told BBC Radio 4’s Today programme: “For the naysayers that don’t believe in a second wave, there is a second wave.

Labour criticised the Government for “dithering”, with shadow business minister Lucy Powell saying: “Its refusal to follow the science means we have missed the half-term holiday when it could have had its most impact.

“It sounds like it is going to have to be longer than it would have had to have been because we are doing it too late.”

The Government’s plan was briefed to selective newspapers on Friday evening, sparking criticism from John Apter, chairman of the Police Federation of England and Wales, which represents 120,000 officers.

He said such an approach increased pressure on the emergency services, tweeting: “To those briefing selective media on a potential national lockdown please understand the impact this has.

John Redwood, who stood twice to become party leader, was asked to come on Radio 4 to give his opinion on the rise in Covid cases in the UK. He was one of the Eurosceptic Cabinet ministers branded “bastards” by John Major as he fought to ratify the Maastricht Treaty in 1993, and has continued to fly the anti-EU banner in the Commons ever since.

The presenter said: “We have already exceeded the number of deaths projected by Patrick Vallance back in September.”

In response he replied: “So be it, but there are lots of other scenarios , and projections, mentioning much bigger figures in the past, that have been put on the side.

Then confusingly he said: “Policy makers have to give more weight to facts and trends that are visible, that to, by definition, very vague forecasts.”

Tom Peck Tweeted: “I truly have no idea why, at this moment, it is important that we hear from John Redwood. Truly no idea.”

Redwood also took to Twitter this morning and said: “Doesn’t a national lock down merely delay rather than stop the virus? Let’s concentrate on cures and limiting transmission whilst allowing businesses to stay open.”

He also attacked the BBC Tweeting: “The BBC wrote to MPs promising impartial broadcasting. I have written back asking them to allow more informed alternatives to the global establishment views they usually peddle.”

Related: Lockdown: Reactions after Starmer was slammed as ‘shameless opportunist’ when asking for circuit-break