The BBC has faced a backlash over its decision to reprimand the BBC Breakfast host for sharing her views on Donald Trump. 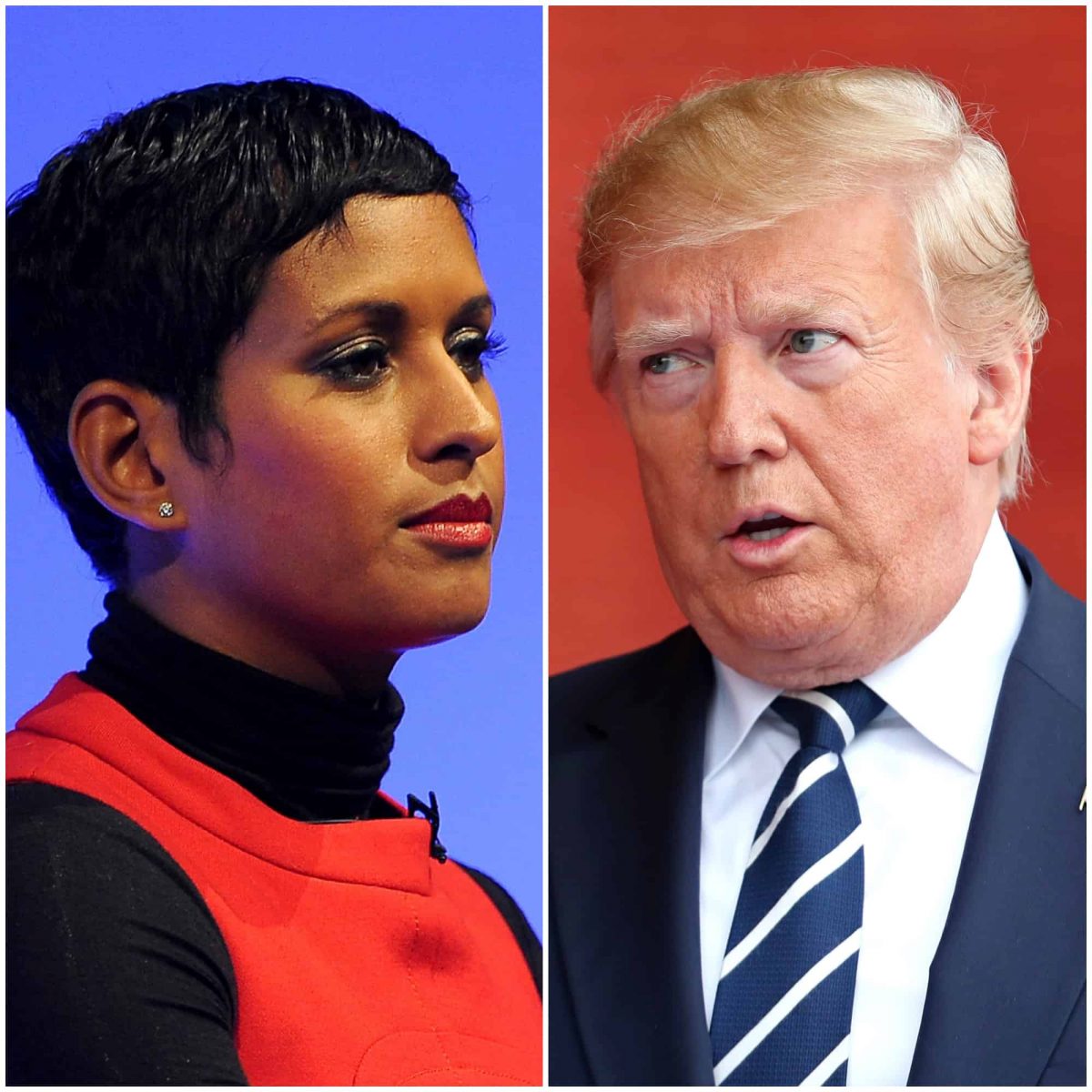 Sir Lenny Henry and Krishnan Guru-Murthy are among a group of black journalists and broadcasters who have called for the BBC to reverse its ruling over Naga Munchetty’s criticism of Donald Trump.

The BBC Breakfast presenter was found to have been in breach of editorial guidelines for speaking out on air about comments made by the US president, which were widely condemned as racist.

Actor and comedian Sir Lenny and Channel 4 newsreader Guru-Murthy have been joined by the likes of actor Adrian Lester and filmmaker Asif Kapadia in writing a letter to the BBC demanding it overturns its decision regarding Munchetty.

The letter, published by The Guardian, also asks that “BBC management issue support for journalists and acknowledge there can be no expectation of ‘impartiality’ over experiences of racism”.

It goes on to ask that the bodies that oversee complaints about broadcasting, such as the BBC’s Executive Complaints Unit (ECU) and Ofcom, “address their own levels of diversity and increase transparency as to how they reach their decisions”.

The group said they “strongly condemn this finding and assert that it amounts to both a misunderstanding of the BBC’s editorial guidelines, and a form of racially discriminatory treatment towards BAME people who work on programming”.

The letter ended saying it believed that “in addition to being deeply flawed, illegal and contrary to the spirit and purpose of public broadcasting, the BBC’s current position will have a profound effect on future diversity within the BBC”.

They said that to “require journalists of all ethnicities and races to endorse racism as a legitimate ‘opinion’ is an abrogation of responsibility of the most serious nature”.

The ECU ruled that Ms Munchetty crossed the line when she condemned comments made by Mr Trump when he told female Democrat politicians to “go back” to their own countries back in July.

She told her co-presenter Dan Walker: “Every time I have been told, as a woman of colour, to go back to where I came from, that was embedded in racism,” adding: “I’m not accusing anyone of anything here, but you know what certain phrases mean.”

Questioned further by Mr Walker, she said she was “absolutely furious a man in that position thinks it’s OK to skirt the lines by using language like that”.

The ECU ruling has been widely criticised by TV presenters, broadcasters and MPs, including by Labour leader Jeremy Corbyn and Chancellor Sajid Javid, who called the decision “ridiculous”.

On Friday, the corporation’s director of editorial policy and standards David Jordan told Radio 4’s Today programme that the ruling has been misunderstood.

He said that the ECU findings “did not suggest that Ms Munchetty was wrong to describe that term as racist” adding that Mr Trump’s comments were “clearly racist, telling people to go back to where they came from, whether they’re an ethnic minority or an immigrant community, is always in my experience and my lifetime been a racist comment”.

He said that Ms Munchetty was “absolutely right to say what she said about that comment clearly being a racist comment”, and that she was within editorial guidelines to do so.

Mr Jordan said that the issue was not about her responding personally to Mr Trump’s comment, but that it was “when she went on further to discuss president Trump himself and what his motivations were for that”.

“That breached our impartiality requirements because it says very clearly in our editorial guidelines that our audiences should not be able to tell from the BBC output the personal opinions of our journalists or news and current affairs presenters on matters of public policy, political or industrial controversy.

“So the line is not about calling out racist comments, which is perfectly acceptable where things are clearly framed in racist language – it’s about how you go on then to discuss the person who made them and make assumptions or remarks about that.”

He added that there had been a “large number of complaints about the remarks at the time, but one of the complaints got through to the Executive Complaints Unit”.

The BBC was forced to clarify its ruling over Ms Munchetty on Thursday after it was widely criticised, notably by Mr Corbyn, who said that Ms Munchetty “stated a fact”, and urged the BBC to “explain this astonishing decision”.

In a statement, they said the corporation’s editorial guidelines “do not allow for journalists to then give their opinions about the individual making the remarks or their motives for doing so – in this case President Trump – and it was for this reason that the complaint was partially upheld. Those judgments are for the audience to make.”