“If one person breaks the rules, we will all suffer," was the quote that accompanied the images. 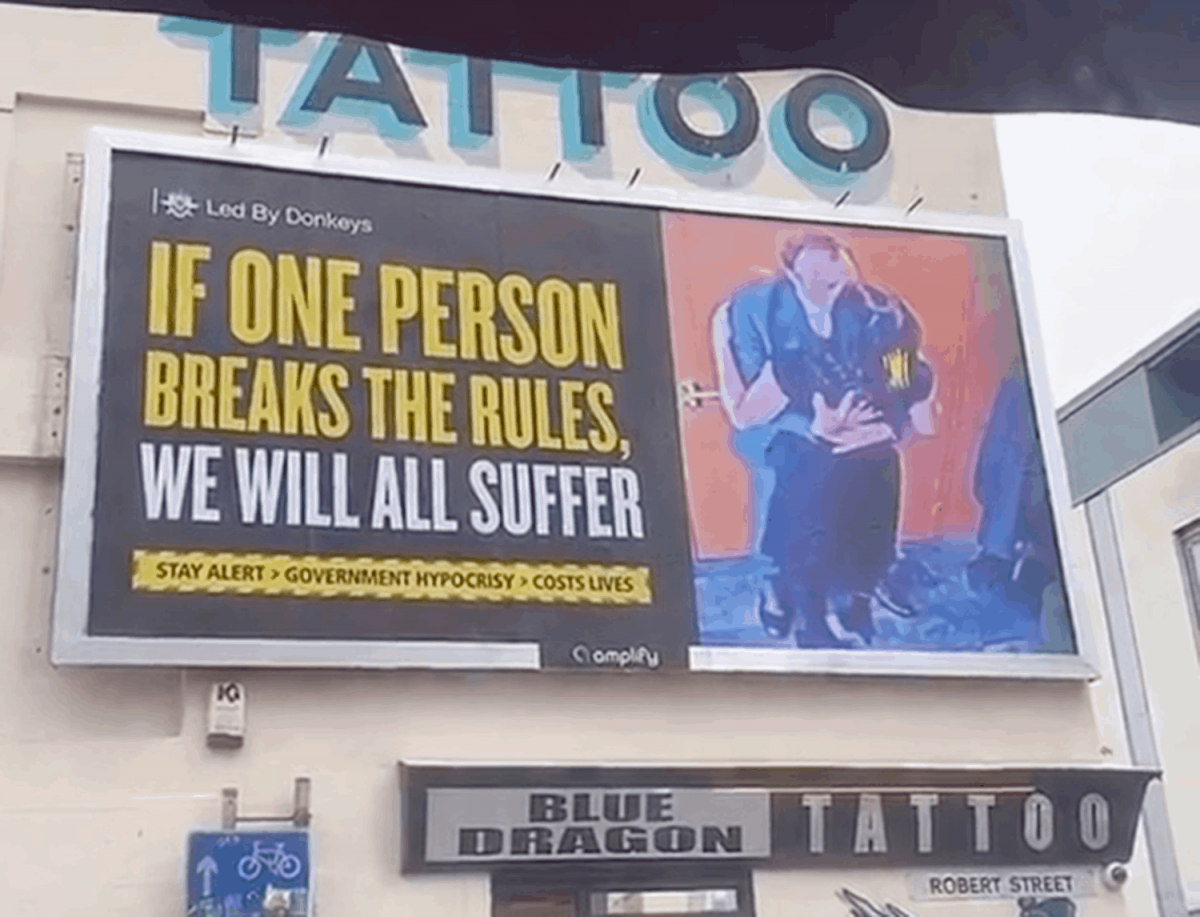 Campaign group Led By Donkeys have taken a swipe at Matt Hancock with a series of new billboards.

One poster in Brighton displays a photograph of the former Health Secretary kissing his aide Gina Coladangelo in his ministerial office in an apparent breach of coronavirus restrictions.

A quote written alongside the image reads: “If one person breaks the rules, we will all suffer.”

Another read: “Look her in the eyes and give her a taxpayer-funded job” in reference to the position Coladangelo holds in government.

The former health secretary personally appointed Coladangelo to a paid role at the Department of Health and Social Care (DHSC), with Labour pushing the government to publish all documents relating to the hire.