A leading Brexit campaigner has been recorded praising Nazi propaganda. Andy Wigmore of the Leave.EU campaign said Nazi techniques had been “very clever”, admitting that the Brexit campaign group fronted by Nigel Farage used outrage techniques to gain attention. Speaking to academic researcher Dr. Emma Briant, who recorded the conversation, he said: “The propaganda machine of […] 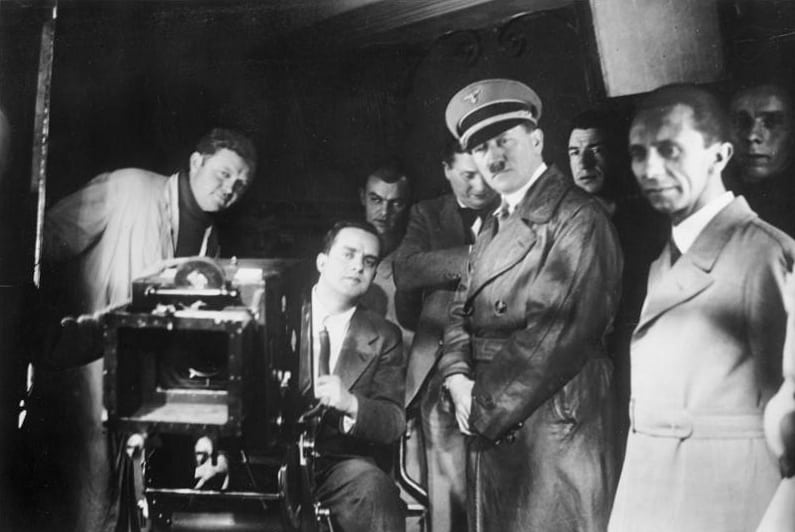 A leading Brexit campaigner has been recorded praising Nazi propaganda.

Speaking to academic researcher Dr. Emma Briant, who recorded the conversation, he said: “The propaganda machine of the Nazis, for instance – if you take away all the hideous horror and that kind of stuff – it was very clever, the way they managed to do what they did.

“In its pure marketing sense, you can see the logic of what they were saying, why they were saying it, and how they presented things, and the imagery. And that is propaganda. ISIS interestingly… And you know this, course you do.

“In hindsight, having been on the sharp end of this campaign, you think: Crikey, this is not new, and it’s just — it’s using the tools that you have at the time.”

Oakes said that Hitler “didn’t have a problem with the Jews at all, but the people didn’t like the Jews … So he just leveraged an artificial enemy”.

He added: “Well that’s exactly what Trump did. He leveraged a Muslim … I mean, you know, it’s … it was a real enemy. Isis is a real, but how big a threat is Isis really to America?”

The recordings were released on Tuesday by the House of Commons Digital, Culture, Media and Sport Committee, which is running an inquiry into fake news.

“Andy Wigmore states that he believes that the propaganda techniques of the Nazi’s were ‘very clever’,” said Collins. “He also confirms that exploiting voters’ concerns about immigration was central to their campaign during the Brexit referendum.

“Given the extreme messaging around immigration that was used during the referendum campaign, these statements will raise concerns that data analytics was used to target voters who were concerned about this issue, and to frighten them with messaging designed to create ‘an artificial enemy’ for them to act against.”