The former government lawyer was handed a 24-month community order in one of the first convictions under a new law against upskirting. 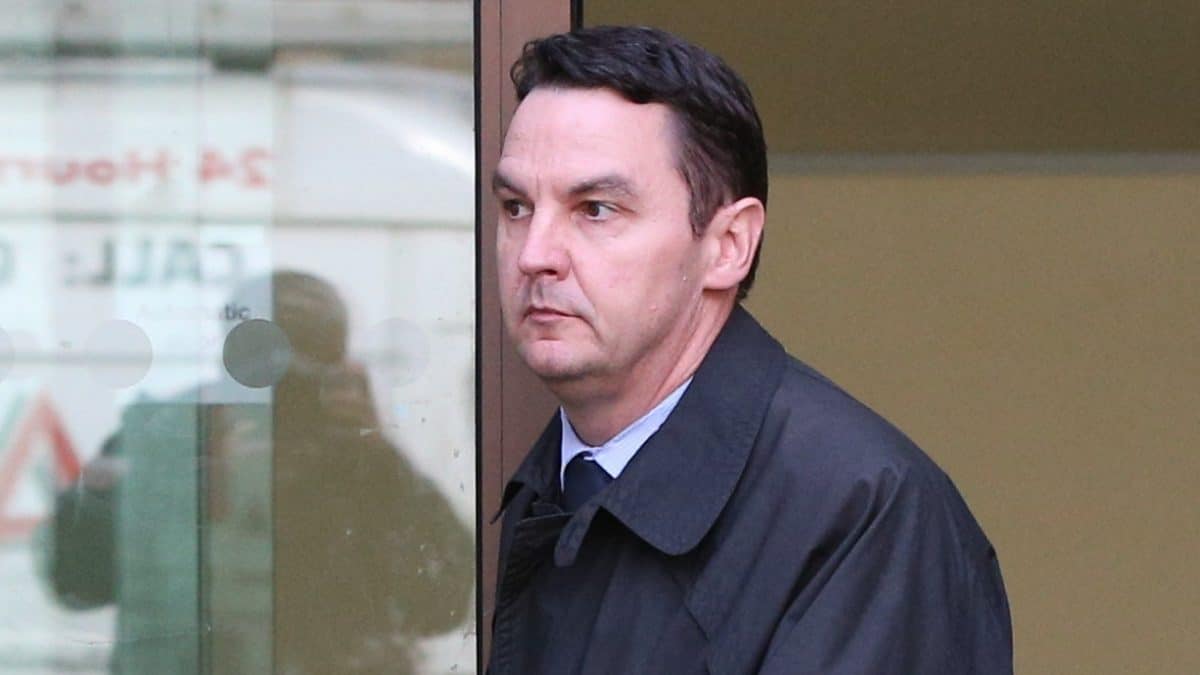 A lawyer convicted of upskirting pleaded with photographers to leave him alone as he emerged from court today.

The 54-year-old admitted one count of operating equipment beneath the clothing of another without consent.

The Crown Prosecution Service said Timson-Hunt is the fourth man convicted in separate cases since a new law was brought into force under the Voyeurism (Offences) Act in April.

The charge against the married father-of-one stated he used a mobile phone “for the purpose of obtaining sexual gratification” at central London’s Embankment underground station on July 1.

Prosecutor Katie Bryan told the court that Timson-Hunt’s victim, wearing a black and white “summery” dress, was travelling to a job interview on the Circle and District line at 9.25am, before changing at Embankment station.

Phone between his legs

A witness in her tube carriage, police inspector Pete Scottow, observed Timson-Hunt, near to the victim “had his phone in between his legs with his thumb resting on the edge of the device”.

The inspector was aware that buttons on phone edges could be used to take images and he saw Timson-Hunt “using pressure being applied by his thumb, raising and pushing the button around four to five times”.

The victim, Timson-Hunt and the inspector disembarked at Embankment, with the defendant observed standing “close behind” her on the stairs.

Ms Bryan said Mr Scottow approached the victim saying “excuse me I’m an inspector of Scotland Yard, I think this man has been taking pictures of you”.

The inspector confronted a “shocked” Timson-Hunt about his actions and he was later arrested.

Ms Bryan told the court Timson-Hunt had admitted what he had done, saying “I’m sorry”.

He added: “I don’t know why I did it, I’ve never done anything like this before, is this something I can take a caution for?”.

Ms Bryan said an examination of Timson-Hunt’s phone revealed two videos were taken of his victim.

The first, captured on the tube, showed he had filmed “up her dress” and “you could see her underwear and naked buttocks from underneath the dress”, Ms Bryan explained.

The second showed Timson-Hunt had again tried to film under the dress of the victim on the stairs.

In a statement read out to the court, the victim said: “I felt incredibly violated, I find it very intrusive that he could do this and it left me feeling extremely annoyed and made me lose focus for my interview.”

She said the incident had “changed my behaviours” and she had not worn “any dress or skirt” since, which “considering the recent weather this has left me upset”.

The victim said she feared the incident happening again and now had reservations about using public transport.

Mitigating, Nicholas Ornstin said: “The life of this 54-year-old man has been completely destroyed by his actions on that day.”

He said Timson-Hunt had no previous convictions and offered his “complete and unconditional apology to the victim in this case”.

Marriage on the rocks

Mr Ornstin claimed the defendant would struggle to find employment after his conviction and that his marriage to his wife, with whom he has a ten-year-old child ,was “on the rocks”.

“They are still living together but it’s touch and go as to whether his wife is going to remain with him,” he said.

Sentencing, chair of the bench Anne Boda said the case was an “extremely unpleasant incident”, adding that “had it not been for the presence of mind of inspector Scottow this offence would have gone undetected”.

She said the offence had a “long-lasting affect on the victim”, who had become hesitant about using public transport.

Timson-Hunt was given a community order that will run for 24 months until September 25 2021.

Timson-Hunt, who was ordered to join the Sex Offenders’ Register for five years, must also pay £175 in court costs and victim surcharge.