And to think, these people get to decide who our next PM will be? Sinister motivations amongst some Liz Truss supporters have been exposed. 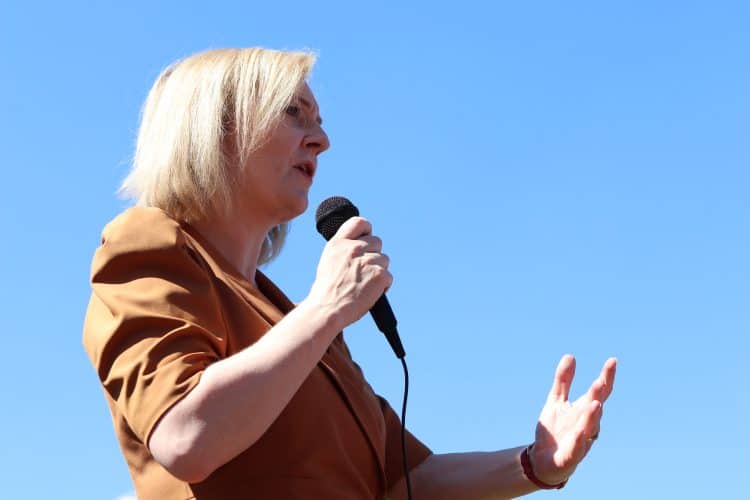 We don’t think you’re meant to say the quiet part out loud, guys? A poll run by The Observer over the weekend, which quizzed HUNDREDS of Tory party members, has revealed that some will back Liz Truss to become PM simply ‘because she is white’.

Liz Truss vs Rishi Sunak: Who will be the next PM?

It’s one of many extraordinary results produced by the poll: An overwhelming majority of Tories surveyed still prefer Boris Johnson to either Liz Truss or Rishi Sunak, by margins between 40 to 50 points. The outgoing PM still retains his popularity amongst the right-leaning public.

That likely explains why Truss is running away with the leadership contest, too. She is seen as the ‘continuity candidate’ to replace Mr. Johnson, whereas Rishi Sunak is portrayed as the man who double-crossed Boris. His move for No.10 doesn’t seem to have gone down well.

As per The Observer, Liz Truss is backed by 61% of members, and Rishi Sunak trails on 39%. A 22-point lead now looks almost insurmountable, with the deadline for votes closing on Friday 2 September.

‘White British’ status cited as a factor by some Tory members

One thing working in Sunak’s favour is that more members believe he would be better at ‘managing the economy’, conveniently ignoring that he was essentially in charge of it for most of the last two-and-a-half years.

The factors influencing support for Liz Truss are, however, a little more rudimentary. Around 14% of her base believe she is merely ‘the better of the two’, and the same proportion have her down as ‘more trustworthy’ than Sunak. But some have entirely different motivations.

As reported in the survey, one of the TOP FIVE reasons Tories will choose Truss over Sunak ‘is because she is ‘white and English’. A noticeable 2% of respondents gave that answer unprovoked, exposing a nastier undercurrent to this forlorn leadership race.