A truck mowed down cyclists and pedestrians on a riverside path in Manhattan before crashing into a schoolbus in what appears to be the first terrorist attack in Manhattan since 9/11. The attack described by New York city mayor Bill de Blasio as a “a particularly cowardly act of terror” occurred not far from Ground Zero […] 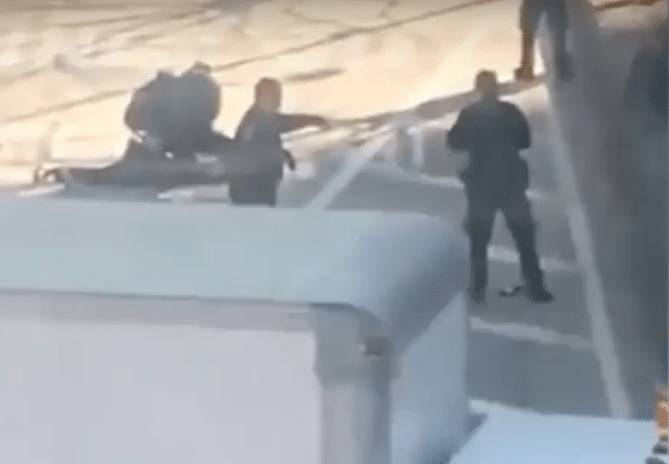 A truck mowed down cyclists and pedestrians on a riverside path in Manhattan before crashing into a schoolbus in what appears to be the first terrorist attack in Manhattan since 9/11.

The attack described by New York city mayor Bill de Blasio as a “a particularly cowardly act of terror” occurred not far from Ground Zero in Lower Manhattan.

A suspect from Uzbekistan, named Sayfullo Saipov, 29, has lived in the US since 2010 and worked as an Uber driver. The taxi app company confirmed he had passed their background checks.

The attacker drove down a bike path near the West Side Highway by the Hudson river, ploughing into cyclists and pedestrians from behind at around 3pm on Tuesday October 31, before crashing into a schools full of disabled children, injuring two adults and two children.

As children hid in a nearby school, Saipov is said by witnesses to have ran out of the van waving what appeared to be two firearms and shouting “Allahu Akbar” (“God is great” in Arabic). The guns  turned out to be paintball guns.

Police officer Ryan Nash shot the suspect in the abdomen and he underwent surgery at NYC’s Bellevue hospital, and he is believed to be critical, but expected to survive. Saipov has undergone questioning.

New York Governor Andrew Cuomo described the attack as a “lone wolf” incident, and authorities said there is no evidence currently of a wider plot.

Various sources report a note left in the truck pledging allegiance to Islamic State (IS). Eight people were left dead and 11 seriously injured by the truck attack.