Britain’s last remaining mud-horse fisherman says his business is sinking – because of building work on a new nuclear power station. Dedicated Adrian Sellick, 59, is the fifth generation of his family to use the method – which sees him push a wooden sledge across the treacherous mudflats. The age-old technique allows him to get […] 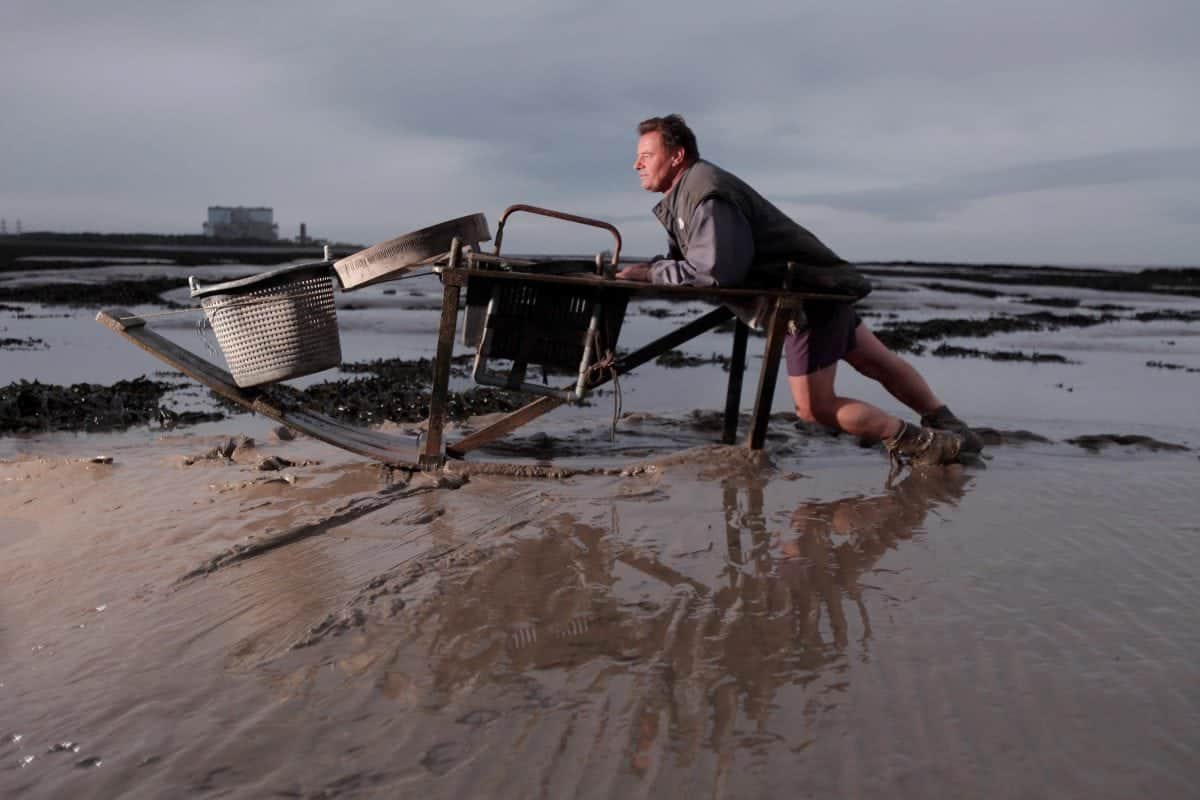 Britain’s last remaining mud-horse fisherman says his business is sinking – because of building work on a new nuclear power station.

Dedicated Adrian Sellick, 59, is the fifth generation of his family to use the method – which sees him push a wooden sledge across the treacherous mudflats.

The age-old technique allows him to get to the tide’s edge where he sticks stakes into the mud and hangs nets between them to catch shrimp and fish in Bridgwater Bay.

He has survived the influx of cheap supermarkets that has seen dozens of other Somerset fishing families turn their backs on the trade.

But now his trade has been dealt a fresh blow after he claims new construction at nearby Hinkley Point Power Station is further reducing his stocks. 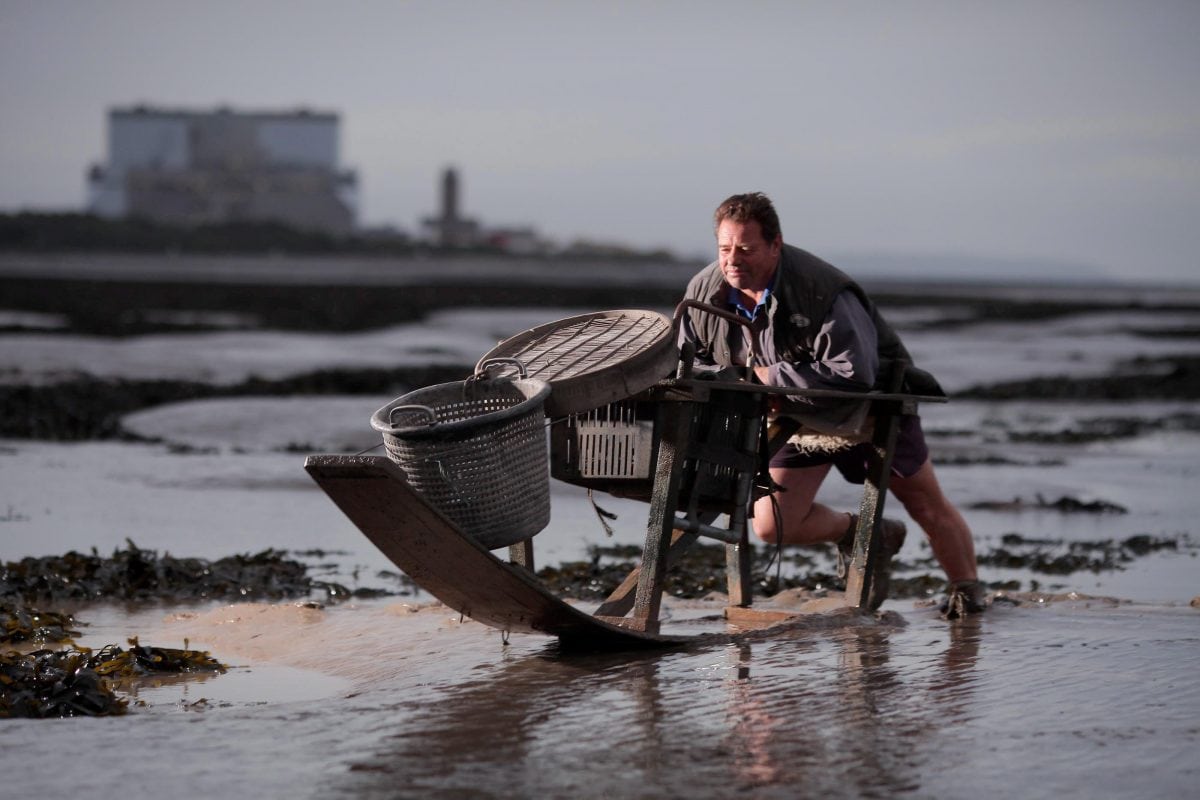 The fisherman said a new jetty – being built so new components can be brought to Hinkley Point C – has left him catching a handful of fish a day for ten months.

It comes after he claims the previous two power stations – point A and B – had already reduced his catches by around 75 per cent.

The grandfather of four from Bridgwater said he can no longer live off the trade.

He said: “Over the last 40 years we’re already seen a decline in the fish and shrimp stocks.

“Years and years ago people said this was going to happen and it has happened. It’s too late now.

“And now with the jetty we have found now the stocks have gone down again. It has got worse. 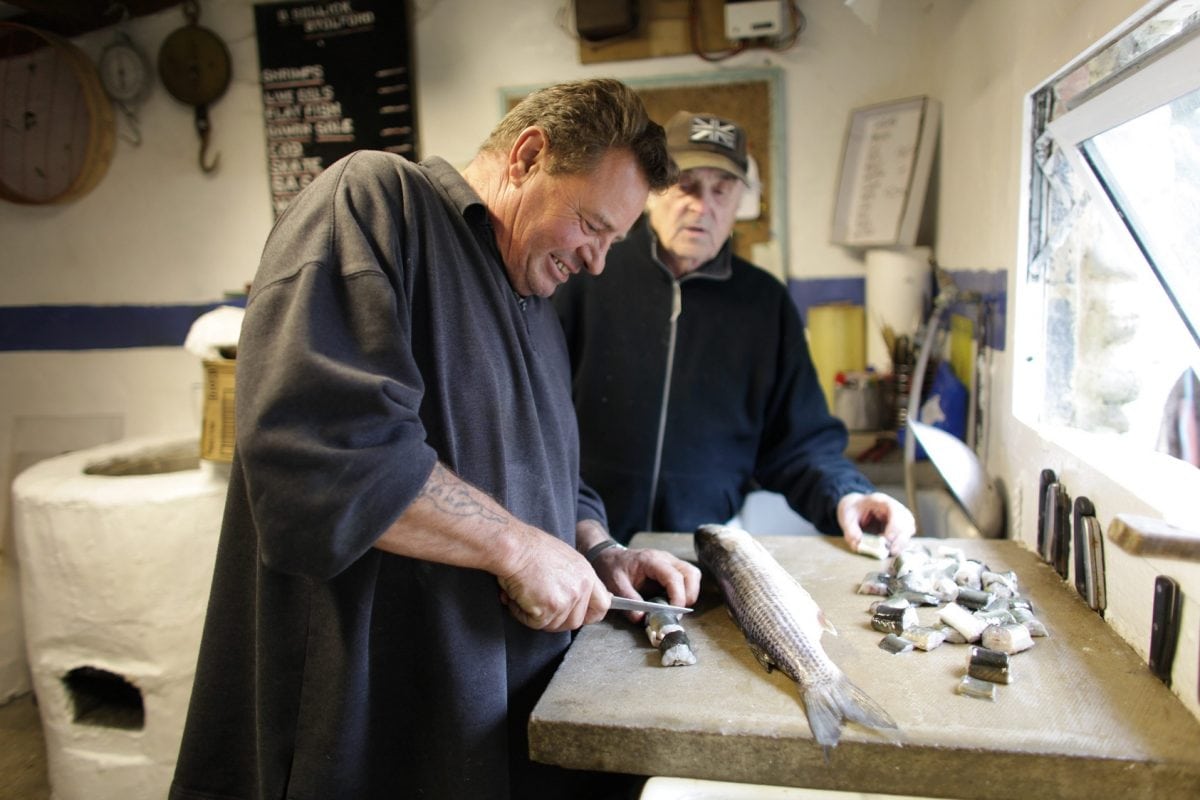 “It’s all the vibrations over the last eight, nine or ten months. The noise they are making it travels further through the water than the air and I think it is disruptive.

“It used to be a good living but for a while now I have had to work nights to get by and go out after to get enough stock so father can keep his shop going.

“I can’t make a living out of it now. I can go out there some days and not catch a fivers worth.

“I still do it. It keeps father working in his little shop and it’s an old way of living for me. It gets me out, it keeps it going and I get out in the peace and quiet.

“It makes me angry that EDF don’t support us and this old way of living. I’m the only one that does this now.” 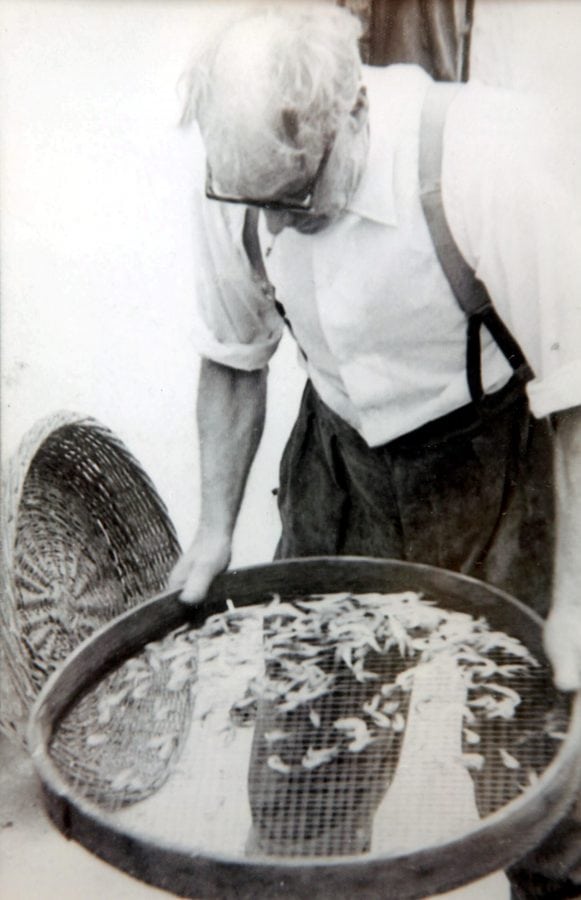 The mud-horse is a hand-built wooden sledge which enables Adrian to navigate over the mudflats.

The technique was used by many families only a couple of generations ago, but now Adrian is the only one.

He learned the art from his father, Brendan, now 84, when he was just eight years old.

The senior Mr Sellick, Brendan, still prepares fish at the family’s shop but Adrian and his family live off his wages from his night job at Yeo Creamery.

According to documentation submitted to authorities during the planning stages of Hinkley Point C, the power stations have long had an impact on his fishing. 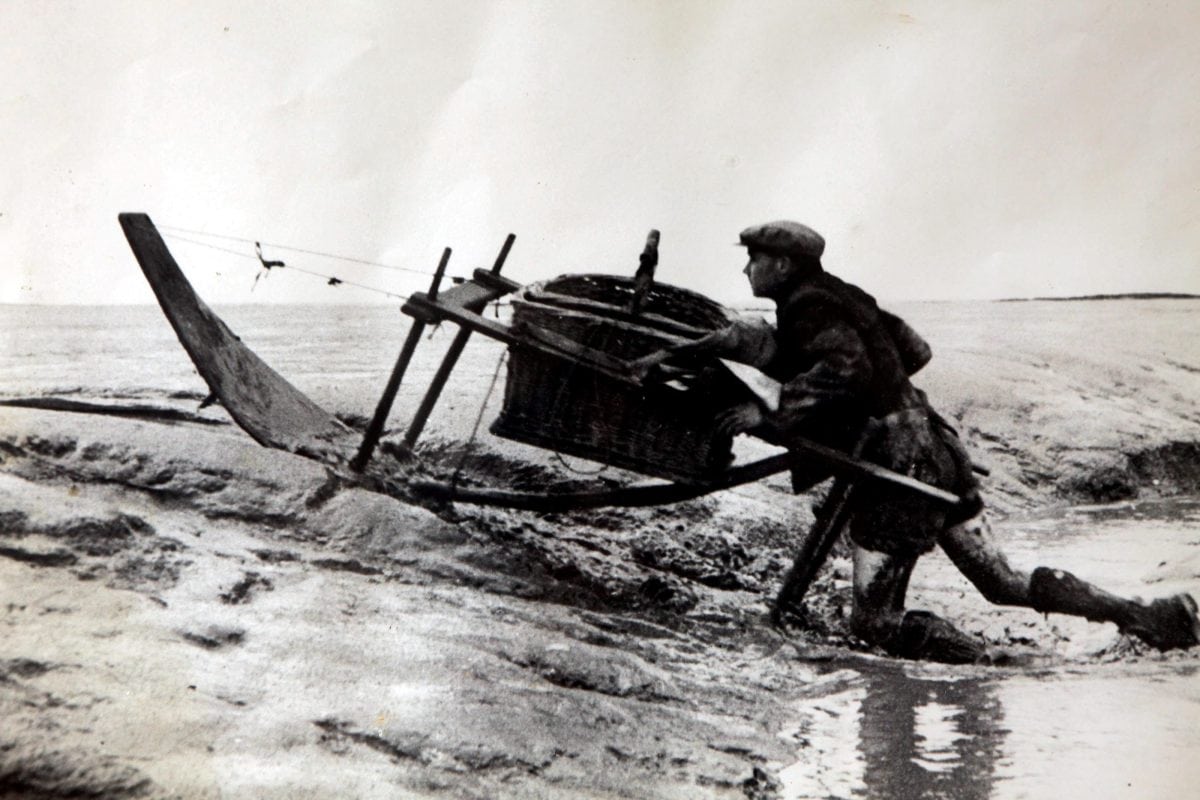 Documents claim shrimp catching used to support 14 families and in 1959 the Sellicks alone were catching and selling more than 10,000lbs a year.

Adrian claims the figure is even less now – although he didn’t have exact figures.

A spokesman for EDF said the company was one of many who worked in the Bristol Channel. 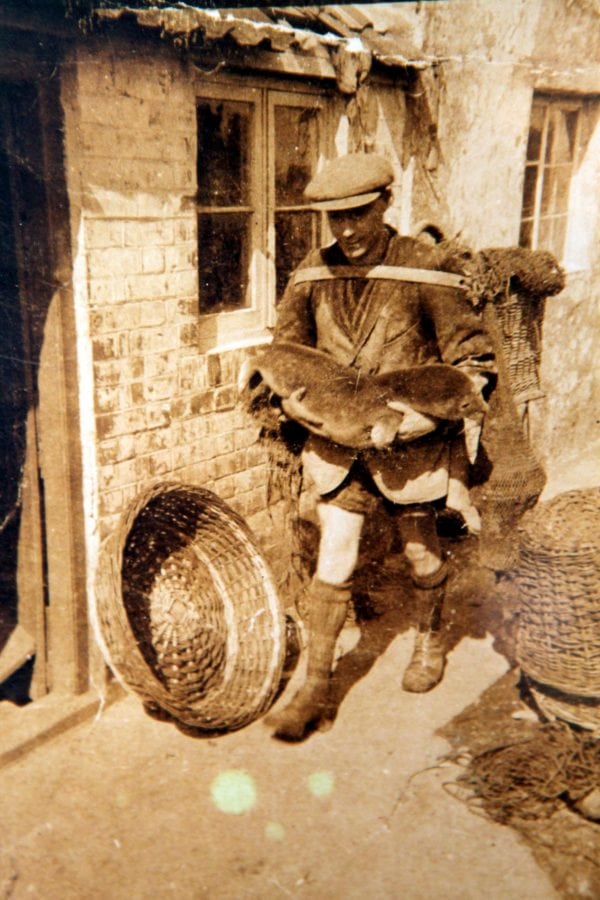 He said: “We will be dredging sediment from the seabed ahead of drilling six vertical shafts for the cooling water system for the new nuclear power station.

“As part of the planning application and subsequent marine licence application, sampling was undertaken of the sediment and tested by an expert body independent of EDF Energy.

“This concluded that the sediment we plan to deposit at the licensed disposal site is no different to sediments found elsewhere in the Bristol Channel.

“The dredging poses no threat to human healthy of the environment.”

He added that all EDF’s activities were controlled and regulated by statutory bodies to ensure the environment and public were protected.