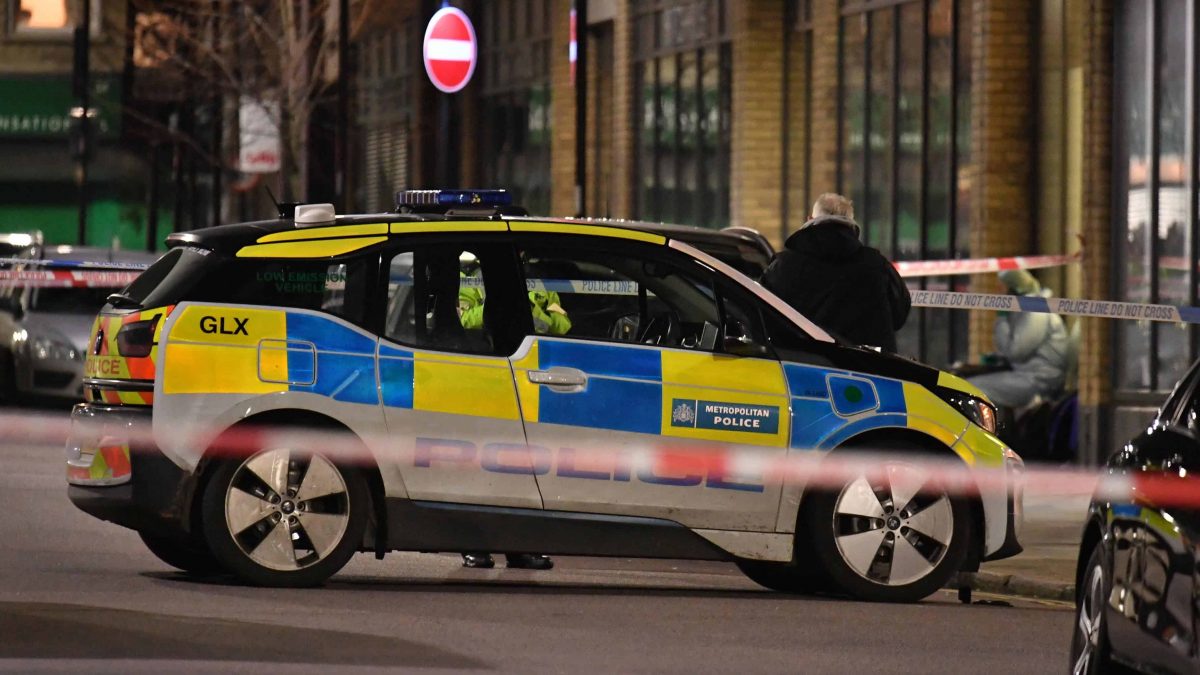 After a decade of Tory cuts and neglect, Boris Johnson’s government is being called on to live up to election pledges on policing.

It would be “unforgivable” if politicians fail to act on “desperately needed” long-term funding for policing, the head of the body which represents rank-and-file officers has warned.

John Apter, national chairman of the Police Federation of England and Wales, has called on ministers to rewrite the rules on funding by introducing “at least” a 10-year strategy for budgets to allow forces to properly plan for the future instead of sticking to the current annual review, as police forces have been “decimated.”

Previous requests to help forces rebuild the damage and properly plan financially had “fallen on deaf ears” – he said in a scathing assessment of a decade of Tory administration: “I’ll be really honest, nothing could be worse than what we’ve had before because policing has absolutely been decimated by the previous prime minister and her leadership or lack of leadership when it comes to policing,” said John Apter, adding:

Conservative government now has to deliver

And he said after the Tories’ election pledges, the onus is on Chancellor Sajid Javid to “deliver”.

He said: “The Chancellor – who was the home secretary before – he knows. He’s told me he understands the pressures, the difficulties that policing has been under. Well, he’s now got to deliver.

“He’s got to demonstrate on behalf of Government that they have listened and they are now going to put something into action because if they don’t it will be unforgivable.”

“I’ve never shied away from, and I make no apology for, holding politicians to account and calling them out if I think they’ve damaged policing or they’ve not fulfilled their responsibility, which is keeping the public of this country as safe as possible.”

Diane Abbott MP, Labour’s Shadow Home Secretary, responding to the comments from the chair of the Police Federation of England and Wales, said:

“The government urgently needs to explain how they are going to make good on their manifesto commitment to recruit 20,000 additional officers and what resources they are going to provide. There is a danger that the pledge on police numbers goes the same way as the pledge on nurses, where new recruits are not extra police at all.

“This would be another Tory failure on policing, after they were responsible for this crisis by axing more than 20,000 police officers.”

Earlier this month, Mr Javid promised a spending spree to help “left-behind” parts of the country when he announced that the first post-Brexit Budget would take place on March 11.

The Government is set to increase borrowing to fund pledges made in the Conservative election manifesto and Mr Javid promised an “infrastructure revolution” in his first Budget as Chancellor.

Mr Apter’s comments came as the Federation responded to the think thank Police Foundation’s review of policing in England and Wales.

In its submission to the review, the Federation said long-term planning and investment was “desperately needed”, adding: “For too long policing has been at the whim of political drivers, with annual budgets set by national and local government.

“What chief officers need is some certainty – no more boom-and-bust financial settlements and recruitment drives but a long-term settlement.”

There is an “urgent need” to review the funding formula and it is “unacceptable that richer parts of England and Wales receive a disproportionately higher budget than poorer parts of the country”, according to the submission.

Policing has been ‘absolutely decimated’

Mr Apter added: “Funding for policing has been fragmented, it’s been piecemeal.

“We have a new Prime Minister, we have a new Government, and they are saying the right things.”

He said forcing police chiefs to grapple with year-to-year budgets was “no way” to work or plan for the future, adding: “I am pinning an awful lot of hope into what this current Government are saying.

“Some people are calling me naive for doing that but we’ve got to start somewhere and I will work with this new Government, with the Prime Minister, with the Home Secretary, until they give me cause not to, and at the moment the relationship is a good one.”

In another scathing attack on Theresa May – whom he has frequently criticised in the past, saying previous requests had “fallen on deaf ears” – he said: “I’ll be really honest, nothing could be worse than what we’ve had before because policing has absolutely been decimated by the previous prime minister and her leadership or lack of leadership when it comes to policing.

“This new relationship doesn’t meant to say that I’m their new best friend or I trust them completely.

“We seem to now be listened to by the Government. That’s all we ever wanted, so long may that continue.”

The Federation also welcomed plans for a royal commission into the criminal justice system and said it should consider the state of policing.

The last “credible” review of that kind took place some 60 years ago and there have been calls for another since 1999, according to Mr Apter.

The Federation also questioned whether the current structure of forces around the country is “fit for purpose” and told the Police Foundation it is carrying out research into other options.

In the submission, the body said it could see the “benefit of further exploring shared provision of infrastructure”, adding: “The 43-force model of policing in England and Wales may not necessarily best serve the needs of the public.

“There should be proper analysis of this as part of any review of policing.”

Mr Apter said: “We can’t kick this down the road anymore, something has to happen.”

READ MORE: Vilification, contempt and cutbacks: our police are constantly let down by politicians