“If the Government can’t sort out 24/7 vaccinations they need to admit that this is as a result of their own shortcomings, not blame the public and NHS staff.” 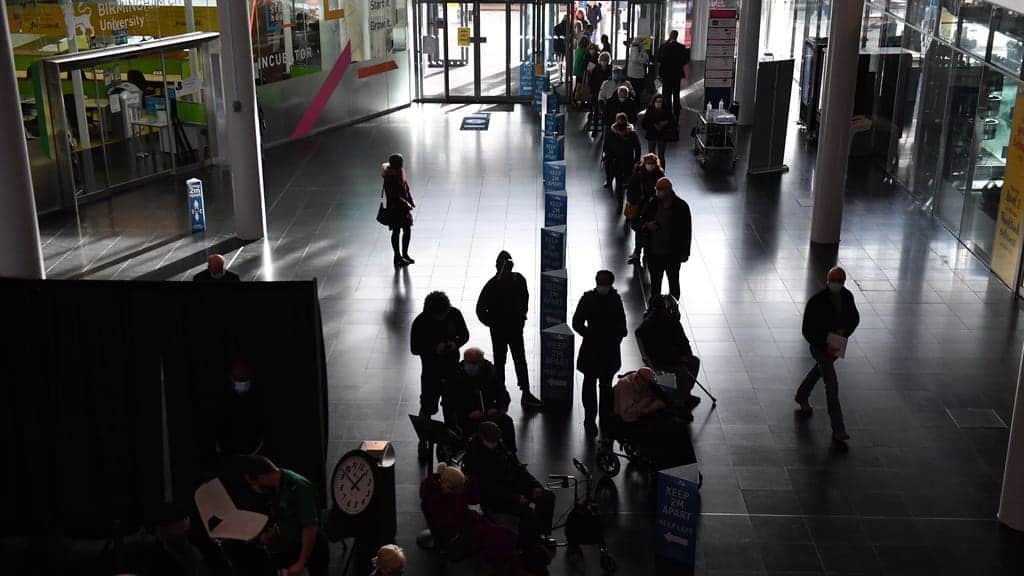 People should be able to have access to Covid-19 vaccination centres 24/7, Labour has said.

Health Secretary Matt Hancock said the health service would do “whatever it takes” to get jabs into people’s arms but appeared to suggest people may prefer appointments in the day.

And the national medical director for the NHS in England, Professor Stephen Powis said that working through the day was the “most efficient” use of staff and volunteers.

Mr Hancock was asked about comments from the Prime Minister’s spokesman who said there was not a clamour for a 24/7 vaccination model.

No clamour for 24/7 vaccination

The minister told the Downing Street press briefing: “We’ll do this if it’s needed, absolutely we will do whatever it takes to get this vaccine rolled out as fast as possible.

I hereby clamour for a vaccination at any time of day or night they can give it to me. Anyone care to join me? https://t.co/u7J1Dgdcj8

He said there would be some groups where a 24/7 model may be the best approach but added: “Our attitude on the vaccine rollout is whatever it takes to do this as fast and safely possible.”

Professor Powis added: “I’m sure for the vast majority of people they would prefer to have their vaccine during the day.

“And the best use of our staff and volunteers… working through the day is the most efficient way of delivering the most vaccine.”

He said the vaccination strategy was to open as many centres in as many different settings as possible.

“I think that will give the vast majority of people a range of choice as to where they can most conveniently and most closely get their vaccinations,” he added.

“And frankly, that is the best way to maximise the number of vaccines that we are able to give.”

It follows calls from Labour to have a round-the-clock vaccine delivery programme.

Angela Rayner, deputy leader of the Labour Party, said: “Our wonderful NHS staff are rising to the challenge, as they always do, to deliver the vaccine.

“The British people have sacrificed so much, now the Government must deliver for the British people. The Prime Minister needs to use this lockdown to develop a round-the-clock vaccine programme, 24-hours a day, 7 days-a-week.

“If the Government can’t sort out 24/7 vaccinations they need to admit that this is as a result of their own shortcomings, not blame the public and NHS staff.”