Nigel Farage’s party called for an inquiry into allegations of ‘vote-rigging’ in the election narrowly won by Labour. The Brexit Party’s claims that vote-rigging may have played a role in Labour’s wafer-thin victory in the Peterborough by-election have been branded a “desperate attempt” to excuse a defeat. Labour also described the allegations as “nonsense” after […] 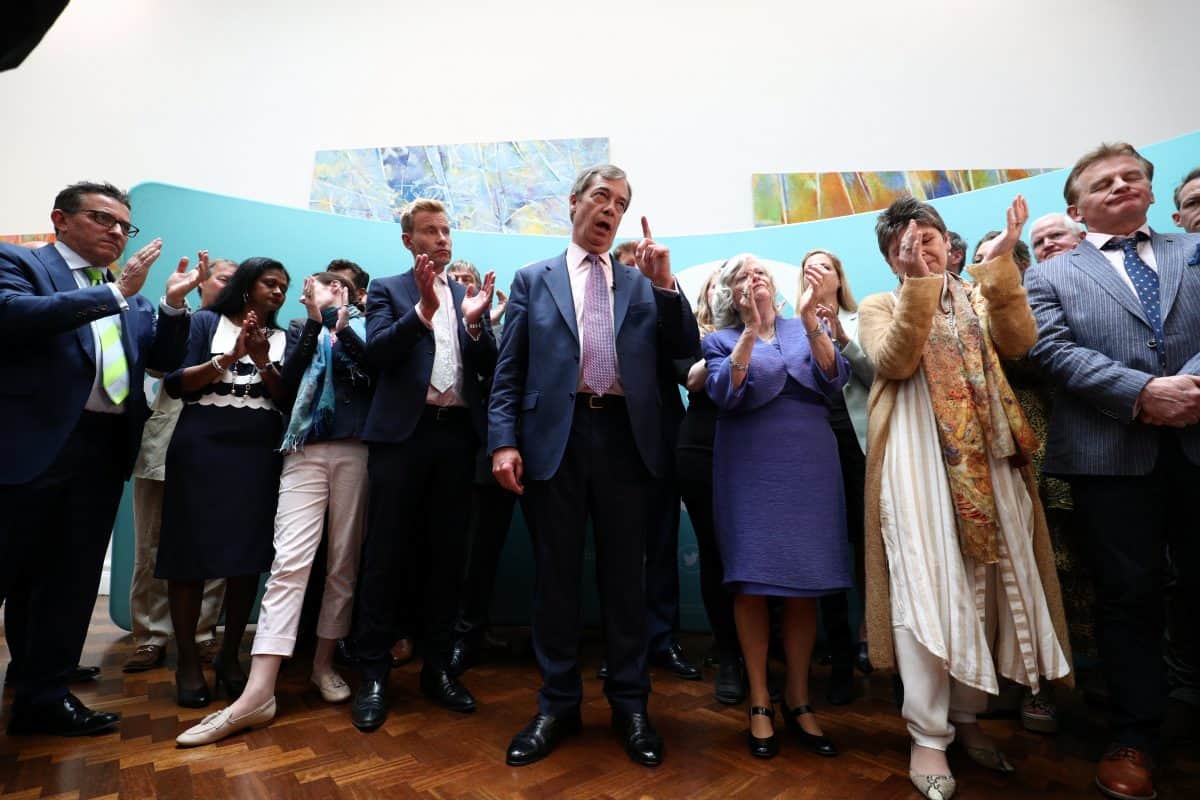 Nigel Farage’s party called for an inquiry into allegations of ‘vote-rigging’ in the election narrowly won by Labour.

The Brexit Party’s claims that vote-rigging may have played a role in Labour’s wafer-thin victory in the Peterborough by-election have been branded a “desperate attempt” to excuse a defeat.

Labour also described the allegations as “nonsense” after Nigel Farage’s party held a press conference on Monday, calling for an inquiry into claims of impropriety.

The Brexit Party ended up in second place in the June 6 poll when Lisa Forbes won by 683 votes.

Chairman Richard Tice said there had been numerous “rumours”, including claims of “vote-rigging”, and alleged a “convicted electoral fraudster” had acted as an election agent for the Labour Party.

The party focused criticism on the postal vote system, with leader Mr Farage calling for an overhaul.

A Labour spokeswoman defended the party’s campaign as having “fully complied” with laws and regulations.

Addressing the claims, she said: “This is nonsense. This person was not an agent for the Labour Party and was not involved in the running of Labour’s campaign in any way.

“This is a desperate attempt by the Brexit Party to make excuses for their defeat. Labour won the Peterborough by-election fairly and squarely.”

There was also confusion over what the Brexit Party wanted from the petition under the Representation of the People Act 1983, which is expected to be lodged at the High Court later this week.

They said it would request a “full investigation” of any allegations.

But the Electoral Commission said the request would have to be a challenge of the election result, while any allegations of criminality are for police to investigate.

Police in Cambridgeshire, however, have said no offences have been revealed in respect to one allegation of bribery and two relating to postal votes during its ongoing investigation.

Detectives are continuing to investigate two other allegations – one of a breach of the privacy of the vote and one of the burning of ballots.

Tariq Mahmood, the man the Brexit Party alleged acted as an agent, has denied involvement in Ms Forbes’ campaign, The Sunday Times reported.

Mr Farage told Monday’s press conference that postal votes are “open to corruption, to intimidation, to bribery, to abuse on a whole number of levels”.

He called for an overhaul of the current system which should allow wheelchair users and overseas services personnel to keep the right.

“If you say it’s sour grapes, you can say it, but actually it is time for change and my ambition would be that, by the next general election, to get rid of the current postal vote system,” he said.