Film director Wayne Mosley, 47, said the Tory MP never introduced himself by name and that he only knew him as a neighbour when they had a six-minute conversation about UFOs

by Steve Beech
in News, Politics 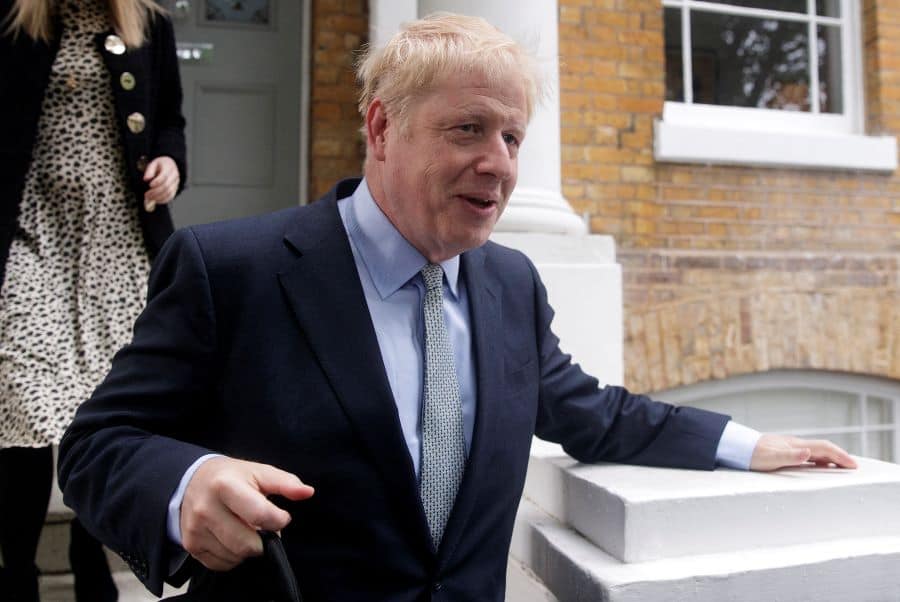 A neighbour of Boris Johnson said he had no idea who he was talking to when he considered sharing a cannabis joint with the Tory leadership hopeful while they chatted about UFOs.

Film director Wayne Mosley, 47, said the Tory MP never introduced himself by name and that he only knew him as a neighbour when they had a six-minute conversation about aliens.

He said they got chatting as the politician was entering the south London apartment of his girlfriend Carrie Symonds in the early hours of one night last winter.

Mr Mosley, a self-styled film director known as Yuppie Wayne, said he had lived in the ground floor flat of the house next door for five years.

Speaking outside his front door today (MON), Mr Mosley said: “I’m not interested in politics as I don’t see any good coming from it, so I had no idea who he was – I just thought he was the new neighbour.

“He blends in, he wasn’t coming out with armed guards. He ain’t scared is what I’m getting at.

“He came and I was smoking weed. He knew I wasn’t press, but stood long enough to have a conversation about aliens.

“We were looking in the sky, there was a blue beam and it was aiming into the sky.

“I thought about offering him my spliff, but he was talking about the light.

“He was just standing there and that’s the main thing I remember about him.

“He could have told me his name, but it wouldn’t have made any difference because I didn’t know who Boris Johnson was.”

Mr Mosley added: “He also says ‘hello’ and he would see me out here if I’m smoking a cigarette and we would talk.

“He never introduced himself as Boris Johnson around here, so all these racist political view – I don’t know if that’s another character.

“I was smoking a spliff freely, if I knew he was Boris Johnson I would have told him ‘get me a job.'”

Asked how he would deal with Mr Johnson now he knows of his role, Mr Mosley said: “I would like him to cut down on any racist stuff that he’s promoting.

“When I do see him, ‘just promote a united Britain and try to use your powers in a good way’, that’s all I would like to say to him personally.

“If we do talk again it won’t be about aliens.”

He said he saw neighbours Eve Leigh and Tom Penn, who rang the police after hearing noise from Carrie’s apartment, drive past the building twice on Sunday afternoon.

Asked what he thought of Tom recording Boris and Carrie’s row, he said: “It was out of order. Everyone has domestics, we all have relationships.

“I believe even the Royal Family have these issues.”

He added: “I don’t think that’s very neighbourly – not until you really know what was going on in the room.”