A jail which has been home to some of the most notorious inmates in British history is set to become student accommodation. The infamous lags who have set foot in HMP Canterbury, in Kent, during its 205 year history include the Kray twins and disgraced cricketer Salman Butt. But since the last inmates left in […] 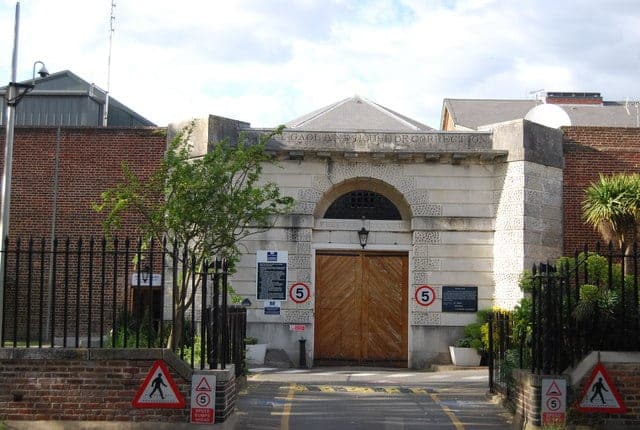 A jail which has been home to some of the most notorious inmates in British history is set to become student accommodation.

The infamous lags who have set foot in HMP Canterbury, in Kent, during its 205 year history include the Kray twins and disgraced cricketer Salman Butt.

But since the last inmates left in 2013, the prison has been brought by Canterbury Christ Church University, and plans are in the pipeline to turn it into student living quarters.

Prisoners who have spent time at Her Majesty’s pleasure in Canterbury include Ronnie and Reggie Kray.

Few people alive in the UK today have not heard the names Ronald and Reginald Kray, without doubt two of the most notorious gangsters to come out of London’s East End.

The pair had such a problem with authority that not even the British Army could whip them into shape while they were completing their National Service with the Royal Fusiliers in 1952.

After a series of incidents, which included emptying a latrine bucket over a superior, the pair were jailed for a short time in Canterbury.

Another lag who spent time in Canterbury is Michael Stone.

Stone was initially found not guilty in 1998 but was later found to be guilty after the testimony of another prisoner who said he confessed to the murders while in jail.

He has repeatedly protested his innocence, but a High Court judge ruled in 2006 that he must serve at least 25 years before he is eligible for parole.

The former Pakistan cricket captain was jailed in 2011 after being implicated in a major ‘spot-fixing’ scandal.

The disgraced sportsman was jailed for 30 months for conspiracy charges related to the spot-fixing allegations and was released on June 21, 2012.

In 2015 Butt was allowed back on to the cricket pitch despite initially receiving a ban of 10 years.

Another disgraced sports star who was imprisoned at Canterbury was Silvino Francisco, a South African snooker player whose career was marred by controversy.

After winning the 1985 British Open against Canadian Kirk Stevens, Francisco accused his opponent of playing under the influence of drugs and he was penalised ranking points.

Only when Stevens admitted drug use was the penalty reversed.

Francisco came under the spotlight once again in 1989 when it was discovered he had been heavily betting on odds of the exact outcome of his match against Terry Gittins in the Masters.

He was arrested but released without charge.

Gambling problems followed, and he was declared bankrupt in 1996 due to income tax arrears, having split up from his second wife who claimed his £350,000 house, and having to pay maintenance for his four children.

After working in a friend’s Chip Shop for a while, Francisco was jailed for three years in 1997 after smuggling cannabis.