"Many broadcasters fear discussing the obvious economic cause of major change in this country in case they get labelled pessimistic or unpatriotic." 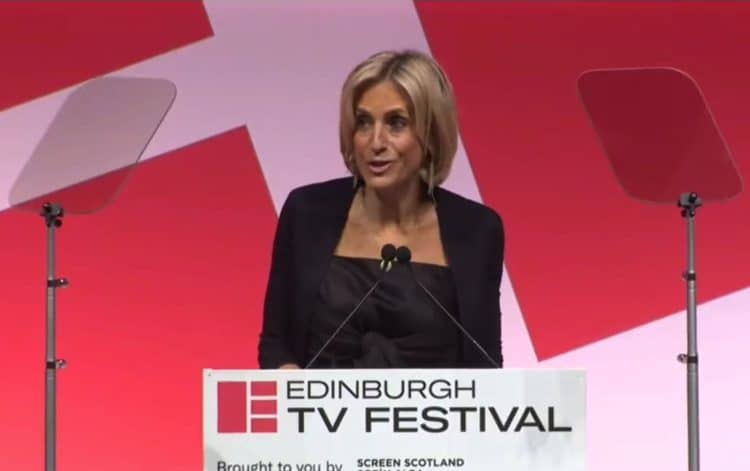 Emily Maitlis delivered a brutal takedown of the UK media’s handling of Brexit.

The former BBC newsreader criticised her former employee’s “both-sideism” on Brexit, arguing that an unwavering commitment to telling two sides of a story can create “superficial balance”.

Maitlis said her shock departure from the BBC in February had allowed her to take a “deep breath out” and speak more freely.

Delivering the MacTaggart Lecture at the Edinburgh TV Festival this evening, Maitlis, 51, raised questions about the BBC’s approach to impartiality.

Tim Davie, the director-general, has made the issue his priority since taking office in 2020, but Maitlis suggested it could be having a chilling effect on journalism.

She said the BBC was right to strive for balance on Brexit, but had got its execution wrong.

“It might take our producers five minutes to find 60 economists who feared Brexit and five hours to find a sole voice who espoused it,” she said. “But by the time we went on air we simply had one of each; we presented this unequal effort to our audience as balance. It wasn’t . . . The ungainly name for this myopic style of journalism: ‘both-sideism’, which talks to the way it reaches a superficial balance while obscuring a deeper truth.”

The BBC’s commitment is to “due impartiality”, which means airing differing views but giving them appropriate weight. Maitlis suggested that the broadcaster had got the balance wrong on the matter of the UK’s departure from the EU.

She questioned if the BBC was now ducking reporting on the downsides of Brexit. The presenter said the corporation and other broadcasters go into an “automatic crouch position whenever the Brexit issue looms large”.

“Many broadcasters fear discussing the obvious economic cause of major change in this country in case they get labelled pessimistic, anti-populist, or worse still, as above: unpatriotic,” she said. “And yet every day that we sidestep these issues with glaring omissions feels like a conspiracy against the British people.”