"While we struggle to heat our homes we have to pay for your parade", one man said as the King made a quick escape. 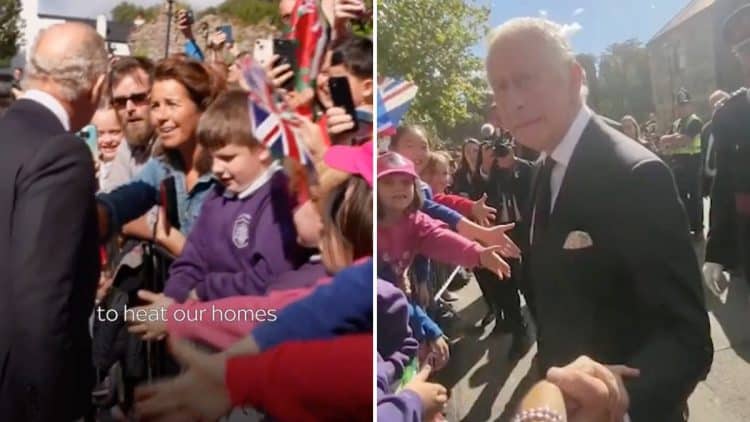 King Charles was heckled by protesters during his visit to Cardiff on Friday.

The monarch was shaking hands with the public in the Welsh capital when a man accosted him over cost of living concerns.

The protester said: “While we struggle to heat our homes, we have to pay for your parade.”

At that point, another man appearing to be the Sovereign’s bodyguard, stood in front of the heckler.

The King sighed as he said “oh” as he turned away from the man.

The protester continued: “We pay £100 million for you – and what for?”

It comes after protesters booed King Charles III in the city, holding signs reading “citizen not subject” and “democracy now”.

“Abolish the Monarchy” signs could also be seen, while giant Owain Glyndwr flags were held aloft by some demonstrators. One man held up a placard saying: “End Prince of Wales title”.

Despite intending to be a silent protest by a number of groups under the banner Real Democracy Now, the rally also at times broke into song led by members of the Cor Cochion, a socialist choir based in Cardiff.

During the visit, demonstrators were also filmed booing the new King as he and Camilla’s car drove by.