"Boris texting like it’s the night before his GCSE chemistry exam and he hasn’t revised." 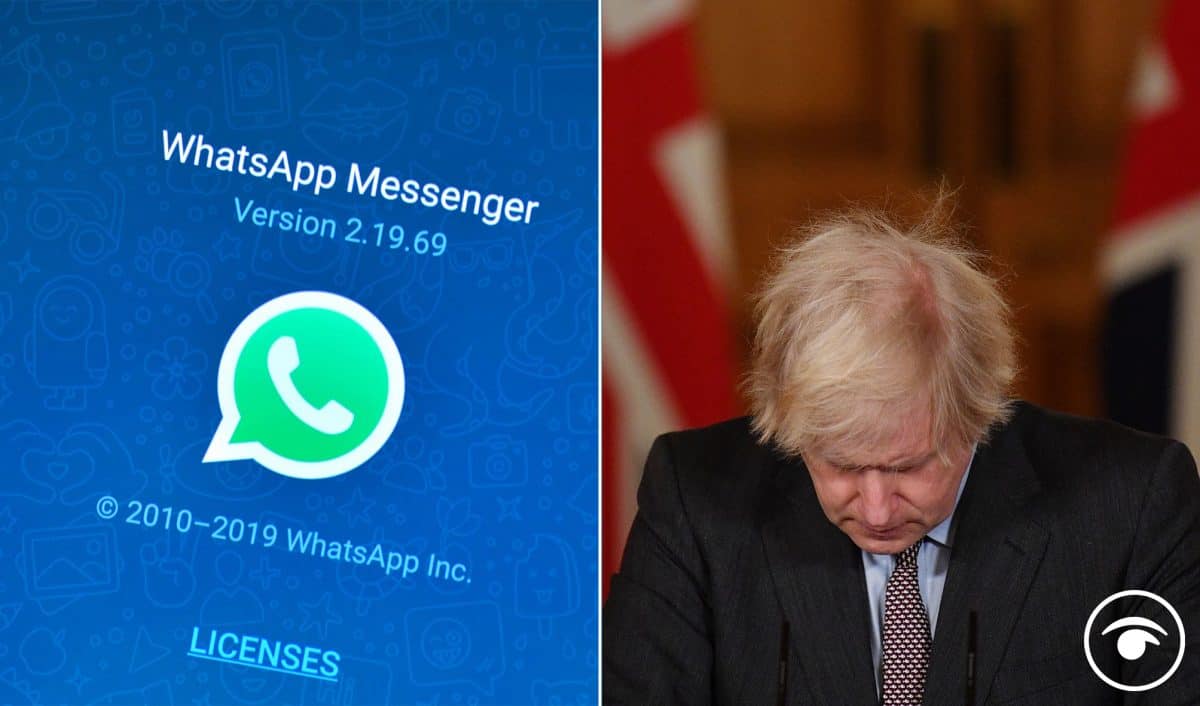 Yesterday, just before PMQs, Dominic Cummings tweeted out a series of what’s app messages, allegedly between himself and the PM.

The content was shocking, but what has also got people talking is the PM’s writing style.

Mr Cummings published one screenshot in which the Prime Minister described Mr Hancock as “totally f****** hopeless” in an exchange about testing.

Downing Street did not dispute the authenticity of the messages, or most of the claims made by Mr Johnson’s former chief aide, but insisted the Prime Minister has full confidence in Mr Hancock.

He said: “the prime minister obviously, as anybody would detect, is a massive supporter of the health secretary, he’s coming firmly behind him. There can be no question of loss of confidence.”

Back to the messages and, from the look of the screen shots, Dominic Cummings sends essay-length messages, which will come as no surprise.

Our PM appears to write like an overexcited teenager, who has drank one a few bottles of pop, just before bedtime.

Just a quick reminder that he runs the country.

Anyway, it wasn’t long before those pesky kids on twitter pulled his writing style apart.

Boris texting like it’s the night before his GCSE chemistry exam and he hasn’t revised https://t.co/No2gZm8Tfb

Why does Boris Johnson text like me texting my friends on plans to get drunk https://t.co/zdJaimasas

The prime minister “wtf do we do”

Boris texting like a he’s in a year 10 group chat.

why do I find the thought of Boris Johnson texting "Wtf" and "brill" so upsetting? https://t.co/20uZ6UHzLk

?‍♂️ It's not a long shot to suggest that "Wtf do we do ?" is a likely response from Boris Johnson to most of the decisions that he has to make as Prime Minister of the UK. https://t.co/PqKRf2AGXF

The prime minister uses am instead of I’m.. https://t.co/4lLzRFrFBx

Not the most important point, but there's some strong "Cameron texting Sunak" energy to three missed calls at half past midnight https://t.co/PAHjojdMIk

Imagine having the confidence to just miss three calls in a row from the Prime Minister. pic.twitter.com/XqTKE5sJ6T