The PM warned that access to kosher food is becoming "difficult", but said there were no plans for any concessions from the UK. 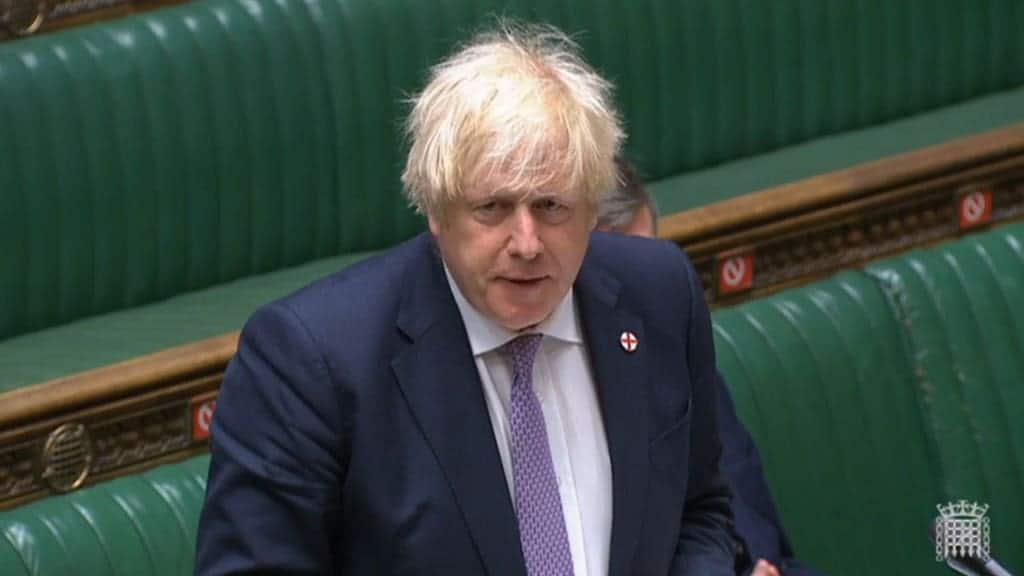 Boris Johnson has shared his concern that Jewish people are on track to face an “exodus” from Northern Ireland amid fears of kosher food shortages due to Brexit trade rules.

Johnson’s comments come after the Board of Deputies of British Jews warned that the Jewish community in Northern Ireland is “likely to collapse” if “kosher food and religious artefacts cannot be supplied.”

Since January, the supply of kosher food from Great Britain to Northern Ireland has been able to continue with interim arrangements, but is set to come to an end in September under the Northern Ireland protocol.

“Only yesterday there were very serious representations from the Jewish community in Northern Ireland who pointed out that, because of the problem with the food sector, it was becoming difficult for them to have timely access or any access to kosher food,” said Johnson in an address to the House of Commons Liaison Committee.

“They are talking now about an exodus from Northern Ireland by the Jewish community.

“We want to do everything we can to avoid that and to sort it out, but it’s going to take our friends in the Joint Committee to make some movement – and make that movement pretty fast.”

The concerns over shortages have come about as a consequence of the Northern Ireland protocol negotiated in 2019 which created a customs border in the Irish Sea to avoid a hard border with the Republic.

The prime minister lay the blame for the supply issues at the door of the EU’s “grossly disproportionate and unnecessary” implementation of the protocols.

Despite saying the government would do everything it could to resolve the situation, he made it clear there were no plans for any concessions on the UK end.

“I think we’ve been very clear that we are implementing the protocol. The UK is a faithful obedient servant of the law.”

Brandon Lewis, Northern Ireland secretary, has since pledged to support the Jewish community after meeting chief rabbi Ephraim Mirvis, Reverend David Kale and Michael Black of the Belfast Jewish Community and president of the Board of Deputies Marie van der Zyl.

In this week’s Community Briefing: Northern Ireland Secretary Brandon Lewis has pledged to help the Belfast Jewish community which is at risk from the consquences of the Northern Ireland Protocol https://t.co/drkyu6R3qP pic.twitter.com/ALUcIJ7mg7

— Board of Deputies of British Jews (@BoardofDeputies) July 8, 2021

“The Belfast Jewish community is a great community with a rich history, but also an older and vulnerable one”, said Marie van der Zyl.

“We thank the Minister for his time, and urge the UK and the EU to generate a creative solution which means that Jews can continue to practise their faith in Northern Ireland.”

Related: UK is ‘on its own’ post-Brexit, former EU chief negotiator says