"It makes me very angry and bitter but it had to come." 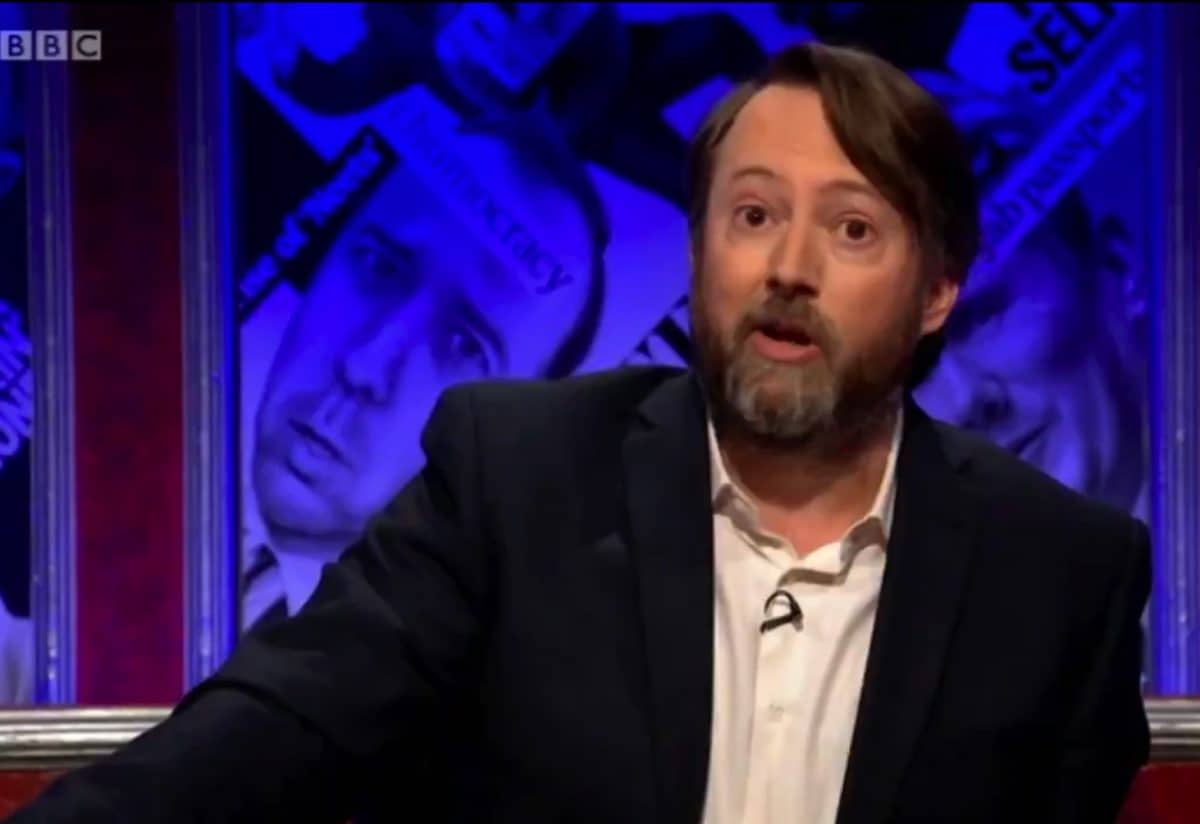 David Mitchell’s Friday night tirade on the Martin Bashir scandal has been doing the rounds on social media.

Appearing on Have I Got News For You the comedian said the Conservatives are out to dismantle the BBC, using the Princess Diana interview as an excuse to do so.

He said: “The thing that makes people love the BBC is not the ruddy news. The news is a boring programme. We all know it.

“And in their desperate attempts to make the news watchable they have stooped to tabloid tactics and that is going to destroy a corporation that is loved for the drama and comedy and documentaries it has produced for decades.

“And the Tories will cheerfully get rid of that and use this bullshit as an excuse. And Martin Bashir may have unwittingly been the executioner of the BBC.

“It makes me very angry and bitter but it had to come.”

Interview should not be used to “tear down” BBC

Earlier this week former culture secretary Lord Smith of Finsbury warned that the Princess of Wales scandal should not be used by the broadcaster’s enemies to “tear down” its place in national life.

While the corporation “got it badly wrong” and must be held to account, the Labour peer stressed the need for it and other public service broadcasters (PSBs) to be “sustained and supported”.

Speaking during a parliamentary debate on public service broadcasting, Lord Smith, who served in Tony Blair’s government, said: “Let’s be clear – the BBC failed. It failed not only in allowing Martin Bashir to use fake documents and dishonestly to secure an interview.

“It failed above all in not acknowledging the error when it had investigated and knew about it. It failed in its basic duty to be transparent.

“For all of this there is no excuse. These are not the standards expected and insisted on for a public service broadcaster.”

However, Lord Smith added: “What must not happen, however, is for this to be seized on by the enemies of the BBC to tear down its place in the life of the nation.

“The sight last weekend of the tabloid newspapers salivating over the discomfiture of the BBC was risible hypocrisy at its worst.

“Some spokespeople for the Government, though happily not all, have leaped on an anti-BBC bandwagon.”

He went on: “There have been some arguments saying he BBC should be subject to external control. Even Government directed control. That would be an immensely dangerous road to take.

“The BBC is a public broadcaster, it is not a state broadcaster and must never become one. Genuine independence is crucial.

“Over Bashir the BBC got it badly wrong. They must be held to account for it by Ofcom.

“The role of the BBC like that of the other public service broadcasters must be sustained and supported.

“We need our public service broadcasters – impartial, informative, trusted, creative, part of our national life we can be proud of.

“The Government must ensure they aren’t damaged. They are quite simply too valuable for us all.”