Boris Johnson has moved to seize the initiative in the Tory leadership race, pledging to deliver an Australian-style points-based immigration system if he becomes prime minister. The frontrunner to succeed Theresa May said he wanted to rebuild the public’s faith in the UK’s immigration system and to be “tougher on those who abuse our hospitality”. […] 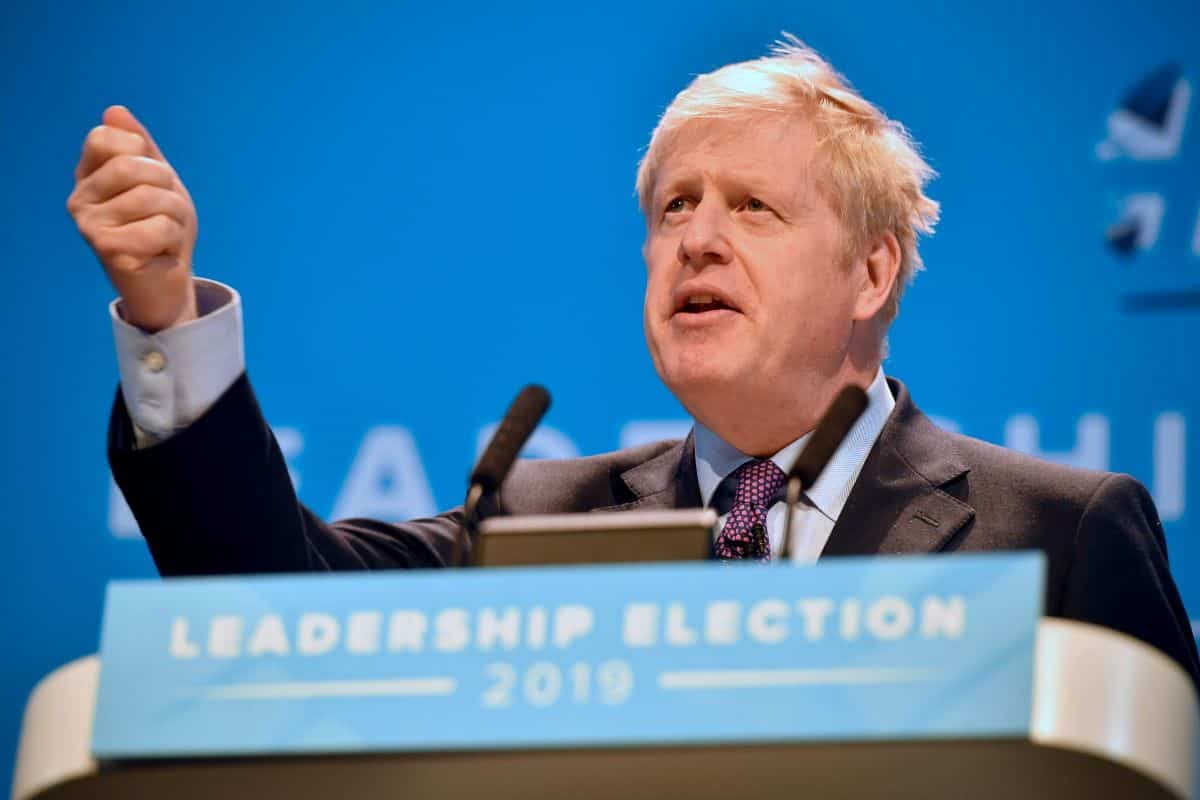 Boris Johnson has moved to seize the initiative in the Tory leadership race, pledging to deliver an Australian-style points-based immigration system if he becomes prime minister.

The frontrunner to succeed Theresa May said he wanted to rebuild the public’s faith in the UK’s immigration system and to be “tougher on those who abuse our hospitality”.

“We will restore democratic control of immigration policy after we leave the EU,” he said.

Meanwhile, his rival for the Tory crown, Jeremy Hunt, has promised to write off tuition fee debt for young entrepreneurs who start up new businesses and take on staff.

He also signalled his support for maintaining free television licences for the over-75s following the controversial decision by the BBC to scrap them.

Appearing at the Tories’ digital leadership hustings on Wednesday, Mr Johnson, who has said he will take Britain out of the EU by October 31 “do or die”, insisted the chances of a no-deal Brexit were “a million-to-one against”.

However, he left open the option of suspending Parliament if MPs tried to block a no-deal break.

While he said he was “not attracted” to the idea, he said it was essential that MPs finally delivered on the result of the 2016 EU referendum.

“I am not attracted to archaic devices like proroguing,” he said.

“Let’s get this thing done as a proud representative democracy that asked the people of this country a question, that received a very clear answer, that promised faithfully to put that answer into effect and now we have got to do it.”

Setting out his immigration plans, Mr Johnson said he wanted to “learn from” Australia, which he said had a simple system based on contribution, fairness and control.

“We must be much more open to high-skilled immigration such as scientists, but we must also assure the public that, as we leave the EU, we have control over the number of unskilled immigrants coming into the country,” he said.

“We must be tougher on those who abuse our hospitality. Other countries such as Australia have great systems and we should learn from them.”

The Immigration and Social Security Co-Ordination (EU Withdrawal) Bill, which is currently at report stage, contains plans to end the existing automatic preference for EU citizens.

Mr Johnson said he would ask the Migration Advisory Committee (MAC) to incorporate elements of the Australian points-based system into the UK’s new law.

It would include consideration of factors such as a firm job offer before arrival, the ability to speak English and blocking the ability to claim benefits immediately.

The former foreign secretary said he would also protect the rights of the three million EU nationals living in the UK, even if Britain left without a deal.

“This should have happened straight after the referendum,” he said.

“I will sort it out immediately and make sure that this issue is properly dealt with and millions of people can stop worrying.”

Mr Hunt, meanwhile, has said he would cancel the tuition fee debts of anyone who create a new business which employs more than 10 people for five years.

“If we are to turbocharge our economy and take advantage of Brexit, we need to back the young entrepreneurs who take risks and create jobs,” he said.

The Foreign Secretary indicated the Conservatives should stick to their 2017 general election pledge to keep TV licences free for the over-75s.

“I don’t mind the BBC having responsibility for this, I just think we made a manifesto commitment and we don’t want to start breaking it,” he told the Daily Express.

He is also writing to all the national broadcasters urging them to stage live TV events next week scrutinising the two candidates before ballot papers go out to party members.

“I fear that Boris Johnson’s plan is to run down the clock so that by the time any debate happens, the votes are already being counted,” he wrote.