Oh, who to blame? Jeremy Hunt admits NHS ‘on verge of collapse’

The NHS now finds itself in a very uncertain position - and Jeremy Hunt has done very little to try and put a positive spin on things. 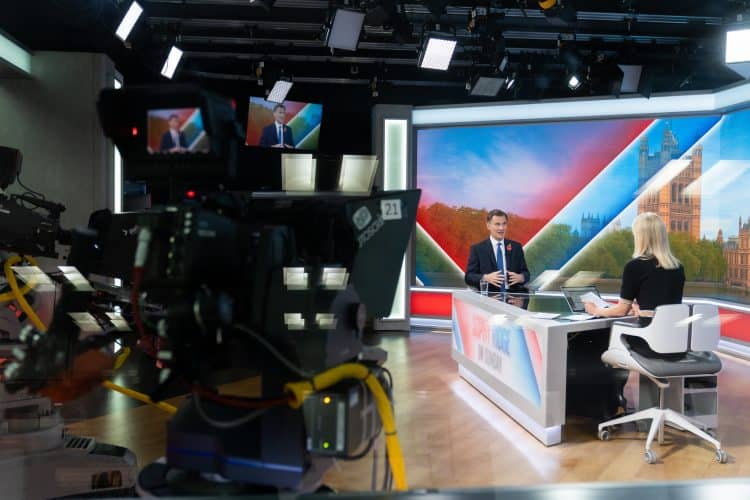 Former Health Secretary and current Chancellor Jeremy Hunt took a moment to reflect on the handywork of both himself and his colleagues in government this morning – after he agreed that the NHS was ‘facing the threat of collapse’.

The controversial figure, who endured a tumultuous time when the NHS formed part of his ministerial portfolio, told Sky News on Sunday that doctors and nurses are now ‘working under unbearable pressure’.

During a discussion about increased waiting times for A&E patients, Jeremy Hunt said it was ‘crucial’ that the NHS finds a way to work more efficiently. He described the current situation as ‘a tricky one’ – submitting a late entry for Understatement Of The Year in the process.

Ambulance services remain overstretched and under pressure. Millions face longer waits for operations. Even the once-simple process of booking a GP appointment has become burdensome. The NHS itself occupies a space in intensive care.

Whether it can make a full recovery remains to be seen. Jeremy Hunt certainly isn’t optimistic about the short-term picture, either. He notes that more people are off work with ‘long-term illnesses’, which in turn heaps pressure onto an already-fragile economy.

“There are massive pressures in the NHS… it’s something I know all too well. I think that doctors, nurses on the frontline are frankly under unbearable pressure, so I do recognise the [threat of collapse].”

“There is a lot of money going into the NHS, so we must do everything we can to find more efficiencies. But the NHS is in a very tricky situation. We need this service to help us get out of our economic troubles. More people are now off work with long-term illnesses.” | Jeremy Hunt